A boy’s-eye view of the Vietnam War 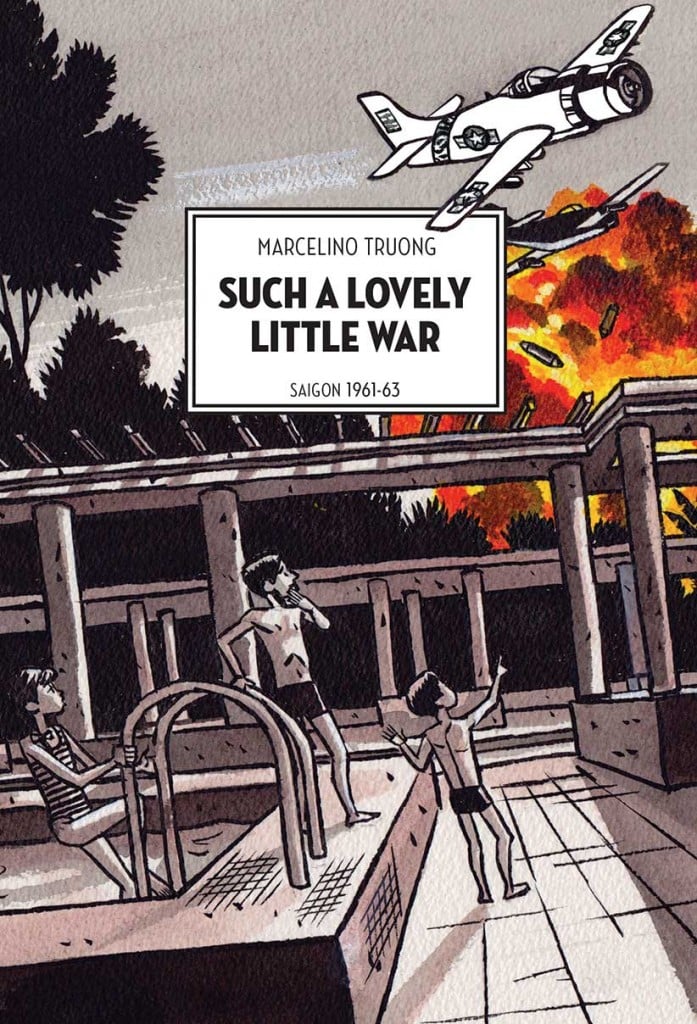 SUCH A LOVELY LITTLE WAR

Often rendered in watercolour-like strokes (in muddy greys and faded pinks), the look of this terrific graphic memoir consistently invokes sepia—and episodes at the very edge of memory, or belonging to another time and place. Recalling events from his childhood more than 50 years ago, Paris-based Truong captures vivid details and scenes as he describes his family’s painful uprooting from a quiet, middle-class (albeit casually racist) American suburb—“something Norman Rockwell might imagine”—to Saigon in the humid summer of 1961.

While young Marcel grew accustomed to exotic sights and a quick-changing atmosphere where innocent fun commingled with sudden gunshots and explosions, his father, a Vietnamese diplomat (and later interpreter for autocratic Vietnamese president Ngo Dinh Diem), strove to reassure his wife and sons about the relatively benign “worrisome situation” just outside their temporary new apartment. Marcel’s mother, yearning for her lost American dream in Maryland and former home in France, gradually fell into a mental illness that began with anxiety attacks and fits of compulsive cleaning.

Adept at revealing the fraught dynamics at home, Truong’s expository passages about the Cold War, the complex “global arm-wrestling” centred around North and South Vietnam, and the key players—including Madame Nhu, the president’s savvy wife—are likewise models of economy and assuredness. His storytelling makes faction scuffles and geopolitics intriguing.

Less cerebral than Alison Bechdel’s bestselling graphic memoir Fun Home and less polarizing than Chester Brown’s underground hit Paying For It, Such a Lovely Little War offers a warm yet elegiac account of one family’s unique dilemmas and responses.

Seeing, too, that American film representations of Vietnam (from Apocalypse Now and Platoon to Full Metal Jacket and Hamburger Hill) have become the de facto popular truth of that war, Truong’s nuanced account offers an absorbing counter-narrative. He acknowledges the commonplace images—helicopters, napalm, jungles, Agent Orange, a self-immolating monk—but the boy’s-eye view and familial setting give readers an opportunity to consider the war’s impact and significance from a new vantage point.