A campus for the School of Hard Knocks 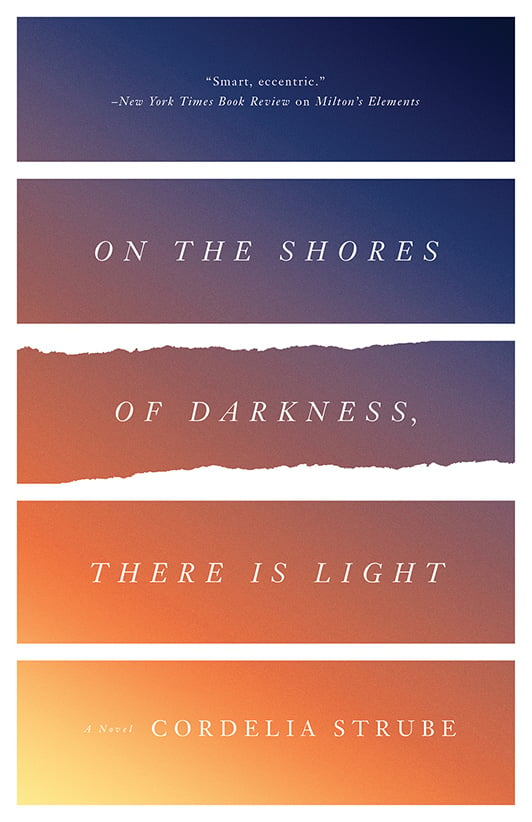 ON THE SHORES OF DARKNESS THERE IS LIGHT

Given the rarity of sustained joy or optimism in Strube’s fiction (Lemon, Milosz), the light promised by her tenth novel comes as a surprise. On the Shores of Darkness tracks the exploratory routine of 11-year old Harriet. She resides in the misnamed Shangrila, a rundown Toronto apartment tower otherwise occupied by poor grumbling seniors: “Propped up on the shabby, leatherette furniture they discuss the weather, physical ailments and lottery losses.” There’s also Darcy, a new friend defined by her street smarts: “She’s twelve and knows how to give blowjobs, suck on bongs and inhale fatties.” The Shangrila, in short, is a campus for the School of Hard Knocks.

Bright and inquisitive if prematurely jaded, Harriet has an artistic soul and forecasts idyllic adult hours of canoeing in Algonquin and creating beautiful paintings like Tom Thomson’s. In the meantime, in the 230 pages of the novel’s “Before” section she’s steadily learning the uglier aspects of existence. Although the meandering scenes tracking her footsteps around the Shangrila are too plentiful, Strube’s sharp-witted comic vision of a human microcosm (more Hogarth than Dickens) encourages the hope that Harriet will transcend her circumstances. Instead, a calamitous fate intervenes.

Stripped of humour, “After” offers across 140 pages a sober depiction of an event of eight years earlier in which, for Harriet’s sickly brother, “the world became shadowy and threatening and nothing—and no one—could be trusted.” Quietly elegiac and despairing, the novel keeps true to Strube’s singular vision. But that light in the title is in very short supply.