A Giller-shortlisted author drives a bus 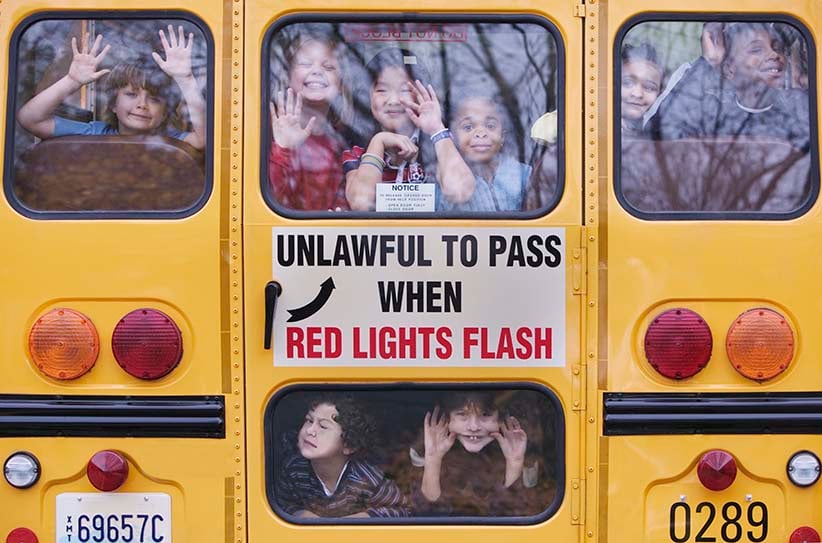 From the start, this book is unique: the copyright page bears the subject classification “Bus Drivers—Canada—Biography,” unrepresented elsewhere among Library and Archives Canada’s 20 million books. Furthermore, Davidson’s account of his time driving special-needs students in Calgary* isn’t derived from a writer’s stunt (along the lines of “I turned off Facebook for 24 hours”), but from real destitution. His promising literary career had flat-lined, and he had been turned down for work as a lunch supervisor and a worm harvester.

Oh, great, you say: A failed author writes about driving a bus. But Davidson has since rebounded, with the adrenalin-drenched, Giller-shortlisted Cataract City and horror-thrillers under the name Nick Cutter. He’s incapable of writing a dull story.

Davidson, who boxed a fellow writer to promote his first novel, The Fighter, is preoccupied by masculinity and its imperfections, and his memoir follows his progress from self-punishing gym-rat loner to a guy who’s so attached to his five teenage charges, he’ll challenge anyone who would ridicule them. For a while, he pulls over to confront bullies, even engaging in a pathetic tussle with one miscreant’s father in a parking lot: “I imagine we looked like a pair of drunken, quarrelsome winos waltzing around an oil-drum fire.” In the end, the students he drives—four boys and one girl, whose diagnoses include autism and cerebral palsy—lead him by example to adopt a more dignified response: “Most kids get picked on, right?” he reflects. “Isn’t that the toll of growing up?”

Precious Cargo is a tale of growth and redemption, and here it resembles other memoirs. But Davidson’s biggest realization comes early on: “I was driving a bus full of . . . nerds.” An unabashed wrestling fan, he embraces the students’ devotion to comics, science fiction, and Monty Python; he prefaces his chapters with excerpts from an unpublished YA novel about teenagers with special powers, and he bonds with the kids in a way that never feels patronizing or self-serving.

The book is shot through with images both uproarious (on a supply route, kids hopped up on Halloween candy and Red Bull go ballistic) and tender-hearted (his care for a wheelchair-bound teen echoes his time with his cancer-ridden grandfather). Together, they depict Davidson’s unsentimental education, and offer insight on how best to suffer life’s slings and arrows. You’ll never look at a cheesewagon the same way again.

CORRECTION, May 5, 2016: A previous version of this story erroneously claimed that Craig Davidson drove special-needs students in B.C. In fact, he drove students in Calgary. Maclean’s regrets the error.