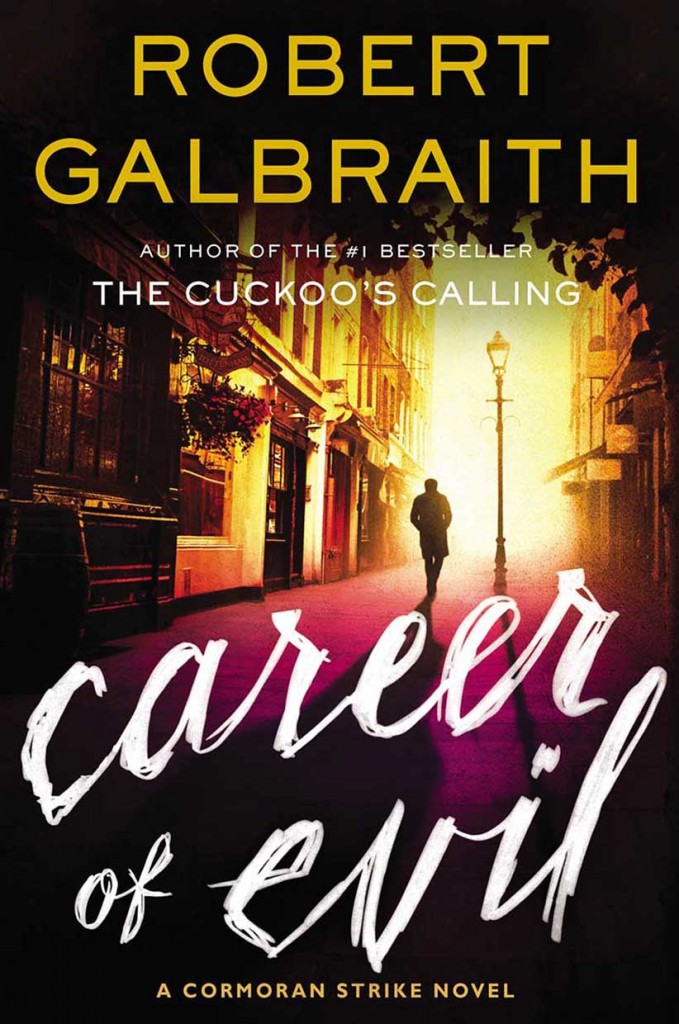 Of all the books J.K. Rowling has written, under her own name or that of her male alter ego, Robert Galbraith, Career of Evil is the first to give her nightmares, the British author announced on Twitter last week. Still writing under her nom de plume, Rowling delves into the mindset of a psychopathic killer in this third instalment, and the darkest of the series yet.

A murderer is on a euphoric high, having just dismembered his latest victim, and he is already trailing his next target: Robin Ellacott, the intelligent young sidekick of private detective Cormoran Strike. By the second chapter, Ellacott is hand-delivered a mysterious package. The contents: a woman’s severed leg. She is shaken and, while Strike, a veteran who lost his own leg in Afghanistan, is not as queasy, he’s concerned about his partner’s safety. He looks to his past and singles out four people who could be capable of such a brutal act.

Meanwhile, news of the leg is spreading and the hard-earned reputation Robin and Strike have built up since successfully cracking two high-profile cases becomes undone. Clients don’t want to hire a detective connected with an unsolved murder and, soon, the gory details are associated with their office, eclipsing the pair’s previous successes.

It’s a dark storyline involving serial murder, pedophilia, acrotomophilia (a sexual interest in amputees) and body integrity identity disorder—a psychological disorder in which “transabled” people want to amputate their healthy limbs. But the most gripping story is the emotional dance between Strike and Robins. Strike’s sharp logic works in tandem with his partner’s observational eye, and her amiable manner convinces even the most defiant witnesses to speak. They keep each other at arm’s length to protect their professional relationship, and Strike keeps his tumultuous past to himself. But, as Robin’s fiancé’s jealousy comes to affect her work—they’re constantly fighting about her job, and Strike—and clues link the killer to Strike’s mother’s death years ago, they’re forced to confide in each other, and readers finally learn both of their back stories.

Rowling propels the murder mystery forward with smart dialogue and Strike and Robin’s discoveries about both the crime and each other, while interspersing it with chapters from the perspective of the killer, who stalks Robin. As a result, this is a thriller where the crime-solvers are just as enigmatic as the criminal. Rowling has turned the detective duo into characters as richly developed as any from the intricate world of Harry Potter. And with promises of at least seven books and the BBC signing on to adapt the books into a television series, it seems Strike and his sidekick, Robin, are here to stay.