A rollicking history of comedy in America 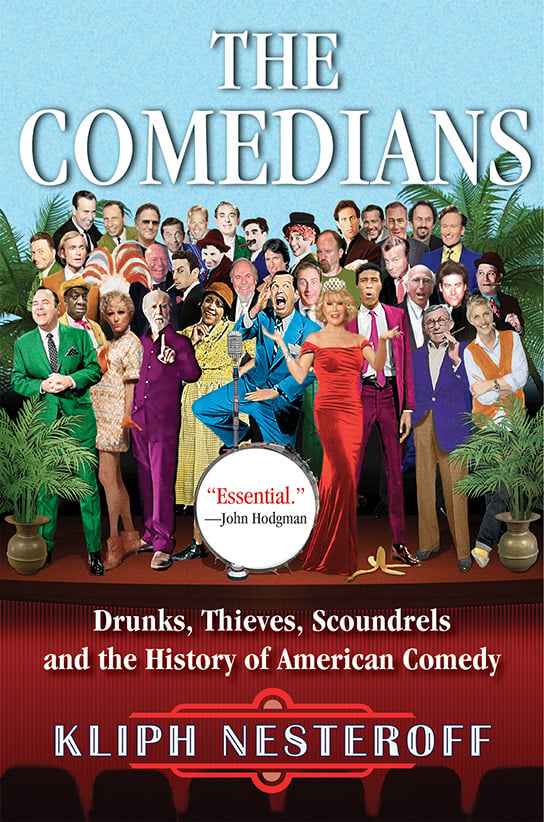 Most people who write about the old days of American show business are full of nostalgia and sentimentality about how much better things used to be. Not Nesteroff, a comedy historian and broadcaster who admits freely that much of the material he’s writing about is lost to time: “As time passes,” he writes, “the comedy from another era fails to resonate with the new generation.” What fascinates him is not so much the jokes, as the world of the professional stand-up comic, which has remained very much the same since it spun off from vaudeville: ferociously competitive, full of accusations of stolen jokes and betrayal. The thing that’s changed the most is that the Mafia doesn’t control Las Vegas as much as it used to, and Nesteroff even finds quotes from people who are nostalgic for that: “The Mob was very, very good to me,” says comic Rose Marie.

One of the fascinating things about The Comedians, which follows the live-comedy world over the last 100 years, is the way issues keep repeating themselves in new forms. If we thought our age invented complaints about racially insensitive material, think again. Nesteroff shows us it goes as far back as Groucho Marx’s campaign against vaudeville caricatures of minorities who were “being subjected to oppression, restriction, segregation or persecution.” And the precarious business of comedy keeps benefiting from shady or, at least, unusual sources: Stand-up comic Bill Kirchenbauer tells Nesteroff that An Evening at the Improv, the show that helped fuel the 1980s comedy boom, was “financed by Canadian money, a tax shelter for Canadians.”

By covering so much history in only 400 pages, the book’s pileup of anecdotes can sometimes seem exhausting. But Nesteroff has a gift for characterizing people in only a page or a page and a half. He’s particularly good at writing about the many forgotten comedians who were successful until time and taste passed them by, like Vaughn Meader, whose career as a John F. Kennedy impersonator was another victim of Kennedy’s assassination, or female comedians such as Jean Carroll, who blazed the trail that was followed by more famous performers like Joan Rivers. These portraits make it clear the history of comedy isn’t just about the all-time greats, but the also-rans who didn’t get the breaks. Because, when it comes to comedy success, though the business may change, “the most important variable was the same as ever: good luck.”