A travelogue of Greece's economic ruins 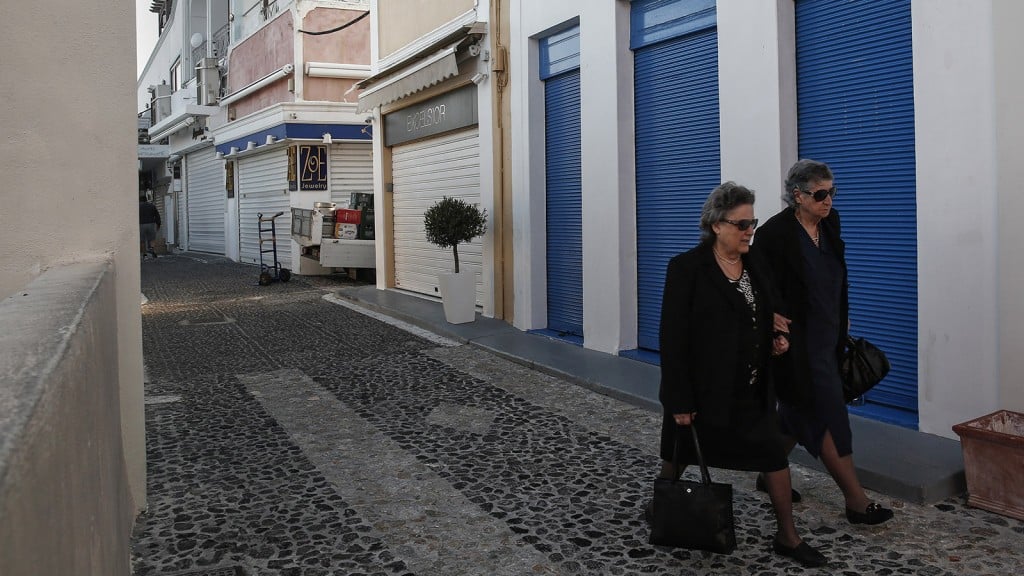 Local women walk through an empty cobbled street in the early morning in the town of Fira on the island of Santorini, Greece, on Wednesday, May 20, 2015. (Yorgos Karahalis/Bloomberg/Getty Images) 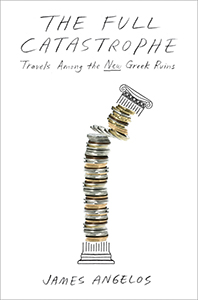 THE FULL CATASTROPHE: TRAVELS AMONG THE NEW GREEK RUINS

In the land of the blind, a one-eyed man may be king. But a two-eyed journalist can prove more useful. Angelos, formerly a European correspondent for the Wall Street Journal, offers a fascinating travelogue across Greece, as the country struggles with its crippling debt crisis.

His first stop is Zakynthos, a.k.a. the island of the blind. In 2012, as international lenders tightened the screws on Greece, it was revealed that 1.8 per cent of Zakynthos’s population was legally blind—a rate nine times higher than in the rest of Europe. Yet this was no medical catastrophe. Rather, it’s proof of the epidemic of corruption and fraud plaguing all of Greece, as it struggles to fix its finances. With a payment to the island’s only eye doctor, and a pledge of loyalty to the local political boss, residents could become eligible for a monthly blindness stipend from Athens. Of the 700 Zakynthians claiming to be blind, 61 had driver’s licences; one was a taxi driver. Eventually, 500 had their sight restored by government decree.

And while it comes as no surprise that history casts a long shadow over modern Greece, it’s not Plato or Aristotle who play crucial roles. The past that matters is actually the long period of Ottoman rule that ended in the 1800s, as well as the brief Nazi interregnum of the 1940s; both turned deception and fraud into public virtues. “Greeks, due to centuries of foreign domination, had anti-government feeling imbued in their blood,” Angelos observes. “The government was a foe and, if you could defraud it, you were not only enriching yourself; in a way, you were a patriot.”

If Greece hopes to right itself, it will take more than timely bond payments. It will require the wholesale unwinding of centuries of cynicism and suspicion between Greeks and their government.