Alan Moore's Jerusalem is a failure—but perhaps the best kind

Our review of the ambitious, mammoth work of fiction from 'Watchmen' author Alan Moore 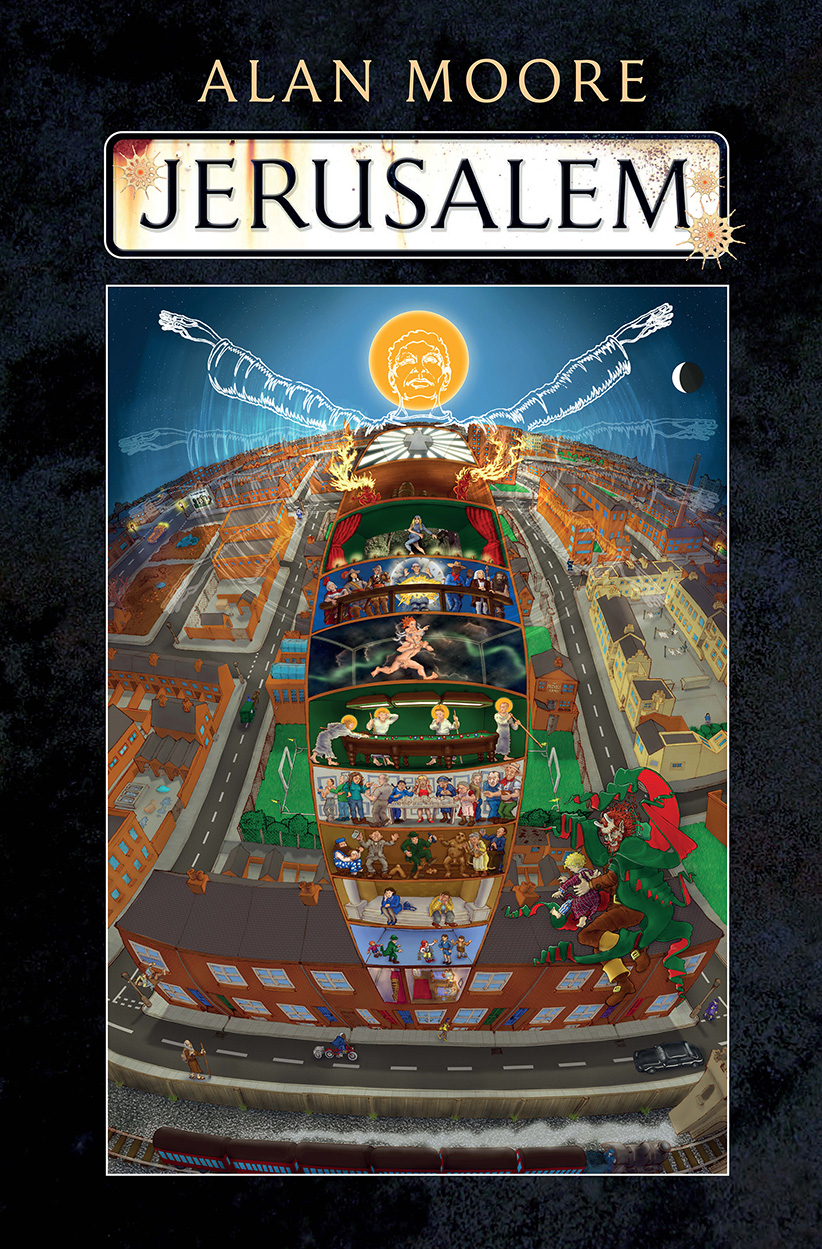 Alan Moore’s official bio claims he “is widely regarded as the best and most influential writer in the history of comics.” It’s the kind of just-vague-enough claim that can’t really be backed up. Yet given Moore’s credits (Batman: The Killing Joke, From Hell, the award-winning Watchmen), his pedigree as a comics author is tough to argue with. The issue is that making the move from even “the best” writer of comics to Proper, Serious Novelist is sort of like graduating from being the best taco chef in Winnipeg to a three-Michelin-starred molecular gastronomist.

With Jerusalem, his second work of proper fiction, Moore doesn’t so much embrace as exploit his rep as graphic novelist and magical thinker. Weighing in at nearly 1,300 pages, it is an aspiring magnum opus, encompassing the many themes that have long preoccupied Moore—history, madness, underdog heroism, the nature of space and time—while also showcasing his madman imagination.

Related: Alan Moore and literature’s fascination with the fourth dimension

Set in Moore’s hometown of Northampton, England, Jerusalem is ostensibly the story of Alma Warren, an artist of some repute, a certifiably odd fish and a rather obvious surrogate for Moore himself. Or rather, it’s the story of Alma’s paintings: 33 of them, each telling a story of Northampton’s rough-and-tumble Burroughs neighbourhood. Some of these stories are set far in the past, when Northampton was an outpost in pre-Norman Anglo-Saxony. A whole section unfolds in the invisible heavens above the Burroughs, where lecherous ghosts scheme and angels gamble with human souls.

The novel never really satisfies its promise. Its truly remarkable passages, like a chapter that describes the whole motion of the universe as if it were a feature film, are too few. The most fantastical section—the expedition to a realm called Mansoul—feels embarrassingly childish, like a fairy tale (with actual fairies, no less) straining to pass as gritty and serious. While Moore’s prose can sometimes scan as inspired, it feels too beholden to his bona fides as a writer of comics: too descriptive, too visual, too bogged down in banal detail.

Yet even though Moore’s ambitions are never quite realized, it’s hard not to respect them. Jerusalem may be a failure, but it’s the best kind of a failure—an epic flop.