A book full of fascinating facts, even if it doesn't feel cohesive 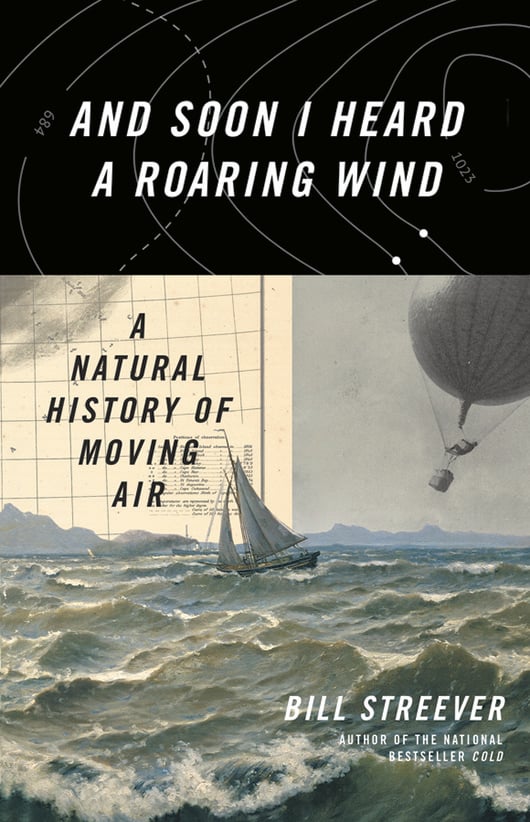 AND SOON I HEARD A ROARING WIND

Taking wind as its subject, this book is one in a long line of recent volumes that examine human history and experience through the lens of one vast, amorphous concept or thing. See, among many others: Mary Roach’s Bonk, Stiff and Grunt (about sex, death, and war respectively); and Streever’s own bestselling Cold and Heat.

At their best, these kinds of books leave you looking at the world in a new way. At their worst, they make plain an author’s struggle to stuff a lot of loosely related information into a box. Streever’s is, unfortunately a little more the latter. Still, it’s a breezy romp, no pun intended, through the history of weather forecasting, with meanders into the origin of mechanical flight, the first ENIAC computer, and the uses of chaos theory.

It may never have occurred to many readers just how many lives the art and science of meteorology has saved. All around the world, scores of sailors perished in storms every season, up until the mid-20th century. Nearly everyone thought it was as inevitable and unchangeable as the weather itself.

The through line in the book is the story of Streever and his wife taking a perfectly pleasant trip from Texas to Guatemala on their sailboat, the Rocinante. He thinks about wind a lot on the journey. But nothing much happens. That, obviously, is a good thing in the world of sailing, but it doesn’t exactly provide a narrative with enough heft to anchor all the disparate elements around it.

Taken individually, though, the factoids in this book are fascinating. For example, Aristotle may have been the first to intuit that air and wind are the same thing; one is simply in motion. And did you know that the first head of the British weather service was also the captain of the Beagle, the ship that took Darwin on the round-the-world trip where he had his flash of insight about the origin of species?

Also: It was William C. Redfield, the first president of the American Association for the Advancement of Science, who figured out that hurricane winds travel in a circle because the trees on one side of its path fall to the northwest, and on the other to the southeast. Cool, right?