'Blood’s a Rover,' by James Ellroy 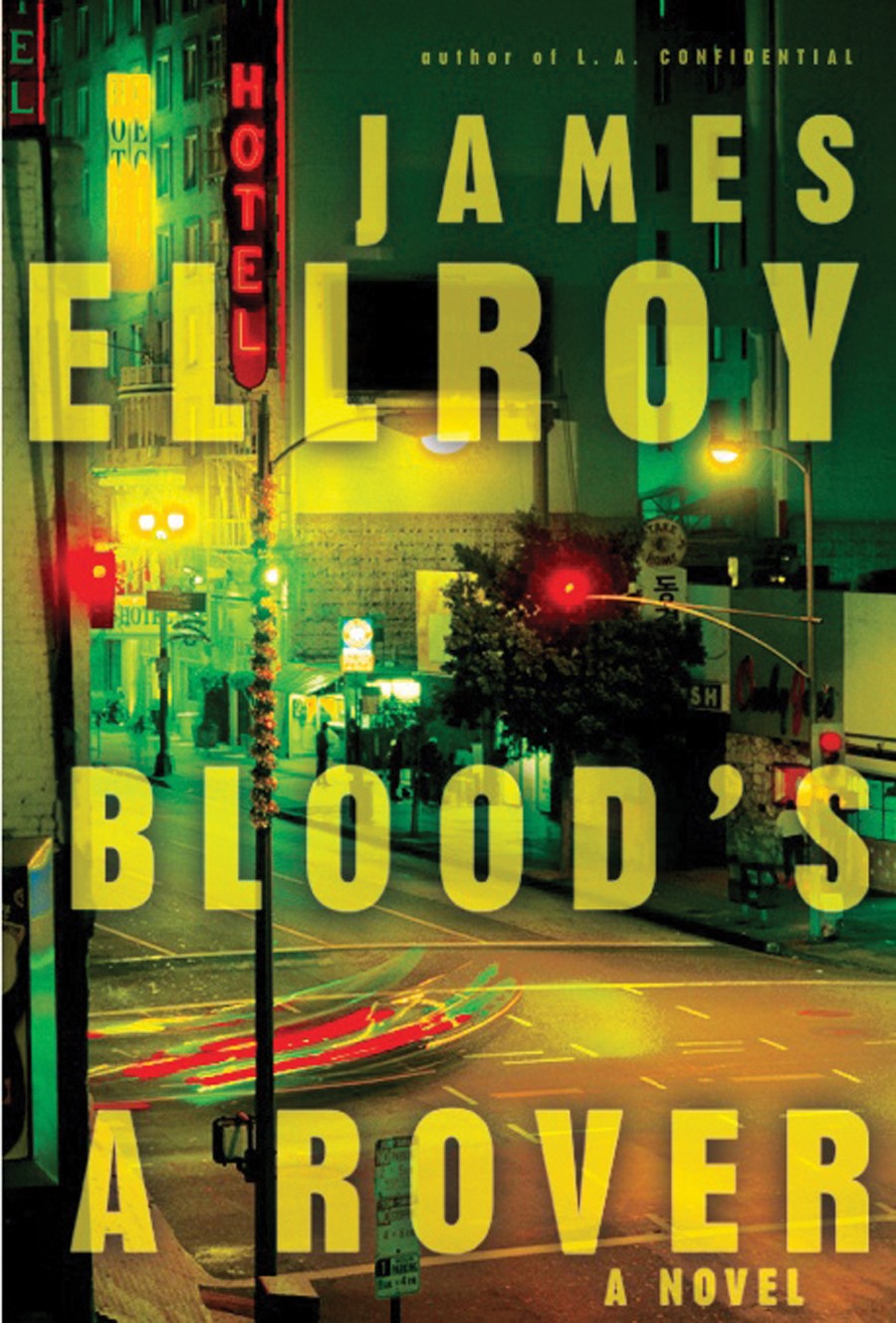 If you think the modern world is in a moral crisis, James Ellroy wants to slap you back to the ’60s. And not the hippie history that Hollywood’s been force-feeding us for decades, but an era when racist cops, vicious FBI agents, Communist revolutionaries, anti-Communist thugs, mobsters, peeping toms and Uncle Toms all found themselves foot soldiers in an ideologically tormented time of societal upheaval.

Blood’s a Rover is the closing chapter in Ellroy’s Underground USA trilogy, which has been set during 15 of the most volatile years of American history—1958 to 1972—bookended by the beginning of and what was arguably the end of the civil rights movement. In between are the Cuban Revolution, the rise and fall of the Kennedys and their complicated history with the mob, the paranoid delusions of J. Edgar Hoover and Howard Hughes, the birth of Las Vegas, the Vietnam War, the last gasps of the Ku Klux Klan, and the arrival of hard drugs in African American ghettoes.

To a writer like James Ellroy, there are no coincidences in this perfect storm. Furthermore, no one is innocent. Every one of his main characters is at least somewhat despicable. They do horrific things to serve a larger cause. A few of them struggle with issues of redemption. Many of them don’t.

Blood’s a Rover suffers next to its predecessors—1995’s American Tabloid and 2001’s The Cold Six Thousand—in part because of historical happenstance. Being set between 1968 and 1972—immediately after the MLK and RFK assassinations, just before Watergate—Ellroy is stripped of the high-stakes drama that drove the first two books in this trilogy. Instead, he’s concerned with the FBI’s infiltration of the Black Panthers and other militant groups in L.A., and a mob plan to turn the Dominican Republic into an offshore gambling paradise a la pre-1958 Cuba. Nixon and Hoover make cameos, but Ellroy doesn’t play as dangerously with well-known figures as he did in the first two books. There are two threads that run through the 640-page novel: an elusive and evasive woman who holds the answers to puzzles that most of the five main male characters crave, and a mysterious armoured car heist in 1964 that sets up several of the subplots. Those are explicit; less so is the fallout from Martin Luther King’s assassination, which haunts two of the main characters here who—Ellroy alleged in The Cold Six Thousand—did Hoover’s dirty work by setting up the hit.

With each successive novel, Ellroy keeps publicly threatening to make them bigger, more complex, more volatile. But this one loses focus far too often. He suffered a breakdown before finishing it, which he discusses openly in the media. He also fell in love, ending years of admitted sexual frustration (apparently the topic of his next memoir), and he told the Toronto Star that “women will flip” for Blood’s a Rover—a typically hyperbolic claim from Ellroy. Blood’s a Rover does feature men whose mercenary actions are tempered by their love of women—one of the women is black, the other two are leftist activists. And while the effect of that on the narrative is evident once the book is finished and judged from a distance, it’s hard to notice amidst the cavalcade of dirty deeds, litres of bile and the vile actions that punctuate every second page of the novel.

No one feels good after reading an Ellroy novel, but one always feels satisfied after a white-knuckle, morally challenged thrill ride through American history. This time out, Ellroy has a point to prove but can’t stop himself from pulling the plot in every direction at once. There are too many extraneous minor characters, and Ellroy’s writing style is so sparse that it’s easy to miss major events without re-reading pages. Perhaps the novel improves on a second reading—if you’re willing to subject yourself to it more than once.

It’s best that he’s putting this thread to rest; it’s time to see where else his talents take him.