A memoir-cum-mystery in Nazi France

Book review: Miranda Richmond Mouillot paints her characters with a complex and wondrous humanity the Holocaust aimed to erase 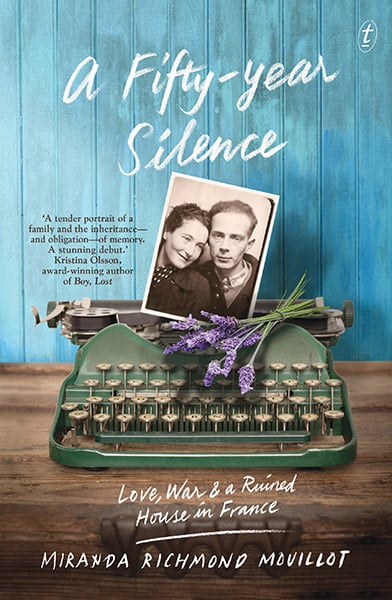 FIFTY-YEAR SILENCE: LOVE, WAR AND A RUINED HOUSE IN FRANCE

Mouillot is like many of a younger generation, a curious granddaughter of two charismatic and crotchety old people for whom she has much admiration, and a little fear. But her grandparents are part of an aging population of Jewish Second World War survivors, and divorced. What starts as a sentimental poke-about into their acrimonious split morphs into a far-reaching examination of trauma, aging and marriage.

After a sporadic courtship, Mouillot’s grandmother, Anna, a doctor, and her new husband, Armand, a translator, escaped Nazi-occupied France only to live apart in refugee camps in Switzerland for the remainder of the war. Reunited, they bought an old stone house in the south of France to start again. Then, in 1953, Anna walked out with their two young children in tow, leaving Armand and the house. They never saw or spoke to each other again, or revealed to anyone what drove them apart. Mouillot is impelled to preserve their history, but this is complicated by their reluctance to communicate who they are, what they’ve done, or what’s been done to them.

Mouillot moves into the crumbling French house, and as she fixes it up, she researches their past. Through letters, visits to her grandparents, and, finally, caregiving, she finds that mismatched values, what may have been infidelities, and gaps and losses form an integral part of their story. Factor in her grandfather’s job as a translator at the Nuremberg Trials, and we are treated to a heart-wrenching glimpse of what it might mean to know and love someone against a backdrop of unspeakable trauma.

What’s rewarding about the book is she doesn’t make her grandparents, or their marriage, mere victims of the Holocaust. Instead, she paints two people with their myriad joys, barbs, accomplishments and failures, gifting them a complex and wondrous humanity the Holocaust aimed to erase.