Warts and all, a comprehensive and accurate account of a life 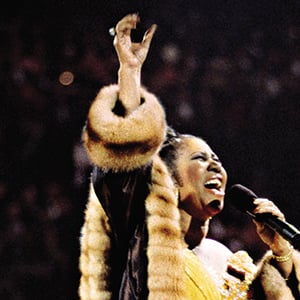 Respect: The Life of Aretha Franklin

Among elite R&B and blues artists, David Ritz has been the literary partner of choice for more than three decades, co-authoring memoirs by, among others, Smokey Robinson, Ray Charles, B.B. King, Etta James, R. Kelly, Natalie Cole and Janet Jackson. So it was hardly surprising when, in the late 1990s, Aretha Franklin called on Ritz to help shape what would become From These Roots. Never, Ritz quickly discovered, had he encountered so fervent a revisionist. Despite his protestations, Franklin steadfastly refused to face facts, instead fictionalizing an utterly charmed, carefree life.

Now, 15 years after the publication of that sugar-spun fantasy (which Franklin still stands by as gospel truth), Ritz is setting the record straight. Franklin, understandably, provided no co-operation. But siblings, managers, producers, mentors and peers spoke freely, braving her notoriously chilling wrath. The result, warts and all, is the most comprehensive and accurate account of Franklin yet published.

Unlike the majority of African-Americans in postwar Detroit, Franklin had a privileged upbringing. As her preacher father, Reverend C.L. Franklin, rose to national prominence in the 1950s, the preternaturally gifted Aretha became a star attraction at his New Bethel Baptist Church and on his cross-country tours, her gospel-singing prowess rivalling such greats as Mahalia Jackson and Clara Ward (C.L.’s not-so-secret paramour). But Aretha’s youth wasn’t without challenges. Her parents separated when she was five and her mother died soon afterward. By age 15, Aretha was herself the mother of two sons, the identity of the fathers never made public. (Two more sons followed. Oddly, her children are largely absent from Ritz’s narrative.)

Her slow climb to superstardom began in 1960 when she signed with Columbia Records, where Legendary producer John Hammond attempted to shape her into a jazz and pop singer à la Dinah Washington. Her progress remained sluggish until 1967, when producer Jerry Wexler took her under his wing at Atlantic and the hits Respect, Chain of Fools, Think and Ain’t No Way gushed. By the late ’70s, the million-sellers had slowed to a trickle. She was repackaged by Arista’s majordomo Clive Davis as a slick, pop-oriented diva, enabling a brief, if creatively shallow, resurgence. She’s spent the decades since secluded in her Detroit mansion, performing and recording less and less, but still the uncontested Queen of Soul, with 18 Grammys and more than 75 million in worldwide sales.

While Ritz is clearly a devout fan, the portrait that takes shape is of a petulant, indolent, stubborn, suspicious, self-absorbed woman, dazzlingly gifted yet relentlessly discontent. Her success has had many architects—her father, brother Cecil, Hammond, Wexler, Davis, her long-suffering managers—all of whom emerge as more interesting, and more likable, than the monarch they’ve so dutifully served.