Can we clone a mammoth? Here's a potential cookbook.

Even if we can rebuild the mammoth, what would be the point? 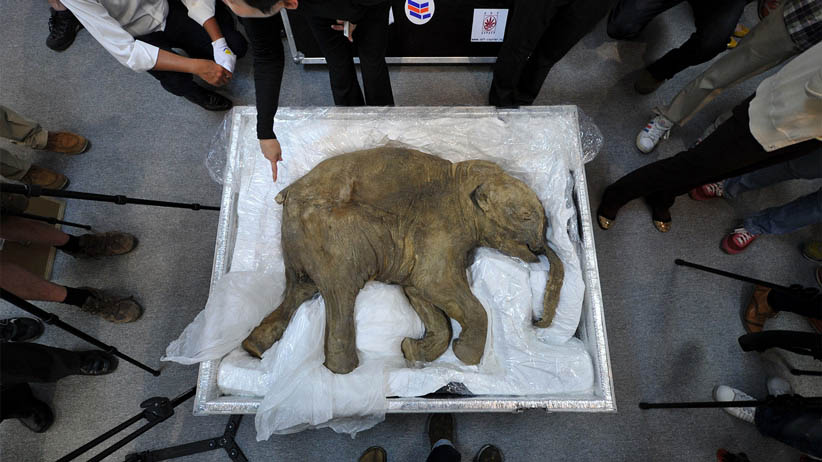 How To Clone a Mammoth: The Science of De-extinction

This charming volume is a how-to book with a vengeance, although the would-be de-extinctioner will require several hundred million dollars, a state-of-the-art genetics lab and a team of grad students/slaves before starting. Shapiro, who, as a biology professor at the University of California at Santa Cruz, actually has the required components (well, maybe not the money—yet), wants people to think very deeply about this, because it is getting ever more possible. What, for example, should we bring back, assuming—as Shapiro does—that the point is not to produce a few zoo specimens, but to reintroduce the resurrected to the wild?

Take a survey, she writes, and guilt emerges as the primary determinant: If humans killed something off, the surveyed would like to make amends. That tends to move the dodo up the list, but to no avail, Shapiro argues. Even if the human population of Mauritius forswore dodo hunting (for the sake of the ecotourism), there would be no stopping the island’s egg-eating rats. And there is no reason to believe the other sentimental favourite, the passenger pigeon—whose billion-strong flocks came down on North American forests like a guano-fuelled hurricane—would be welcomed by suburbanites with “freshly manicured lawns and newly waxed SUVs.”

No, it’s mammoth time, if it’s any creature’s. It is far easier to imagine, in terms of tolerable disruption to human activity, herds of hairy elephants meandering about the sub-Arctic, so long as they are welcomed by indigenous hunters. More important for Shapiro, mammoth de-extinction probably faces fewer technical hurdles than any other choice. Mammoths lived in cold places, and much of the DNA in their remains is well-preserved; their closest living relative is the Asian elephant, from which they diverged “only” five to eight million years ago, meaning female elephants would make reasonable surrogate mothers for baby mammoths; there’s even a place for them to go: Pleistocene Park, a huge Siberian enclave set aside by a hopeful Russian researcher.

The technique, broadly, would require establishing the full genome sequence of the mammoth, comparing it to the Asian elephant’s, tweaking the latter with bits of the former, putting the results in an embryo, putting the embryo in a surrogate, and waiting two years. (Elephants have leisurely pregnancies.) The result would never be a literal clone of the dead, but humans, like nature, have to work with what’s available, Shapiro writes. And to create an elephant which, thanks to resurrected DNA, can live like a mammoth where mammoths once lived, would be to turn back time.