Confessions of a bad singer 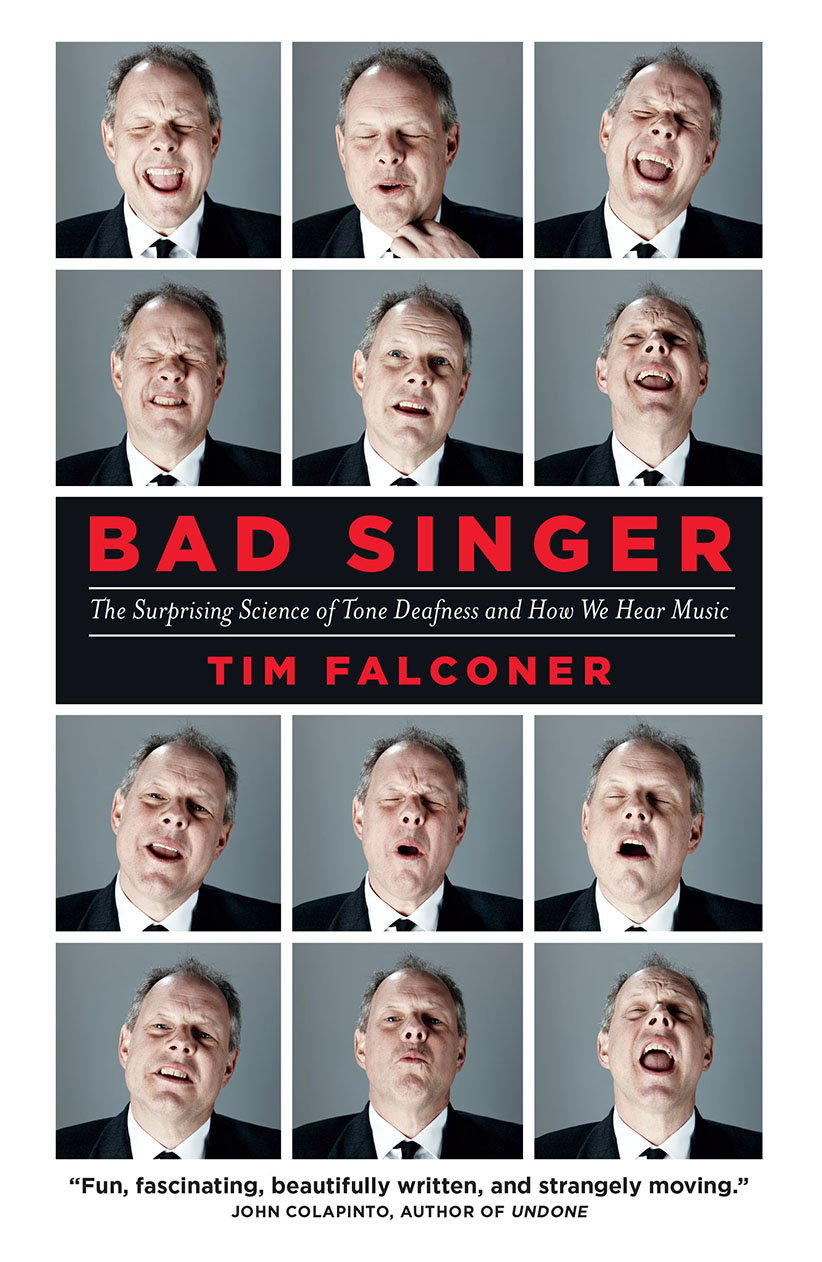 Tim Falconer knew he didn’t have a great singing voice. But at age 15—a time in most teenagers’ lives when music is nearly as important as the quest to impress prospective dating partners—he was on a ski trip and started singing Blackbird by the Beatles. Then a girl told him he should try and hit a note. Everyone laughed. Except him. Falconer’s public singing life ended in that moment.

It’s hard to imagine anyone not being told at some point in their life—be it by a sibling or a friend—that they’d be better off leaving the singing to professionals. It sucks being called a bad singer, but Falconer—a writer and journalism professor at Ryerson University—isn’t simply unmusical, subject to the kind of garden-variety ridicule aimed at a buddy who can’t carry a tune. Falconer’s been tested in labs. Much to his chagrin, he’s part of the 2.5 per cent of the population with congenital amusia, a fancy term for being scientifically tone deaf. His brain simply doesn’t register minor differences in pitch. Many people with his condition don’t care for music, he learned researching his own condition; but music has forever been an integral part of Falconer’s life.

Bad Singer deftly combines a memoir of Falconer’s personal musical history with a scientific look into how humans hear music. He takes lessons from professional vocal coaches, none of whom say he’s a lost cause, and meets researchers so enthralled by his story that they almost always ask to rig him up for a few tests.

It’s tough to keep track of the number of times he’s asked by singing coaches or scientists to sing Happy Birthday or Amazing Grace, but Falconer’s mission isn’t to be part of a birthday or church sing-a-long. He wants to perform for an audience, not his showerhead. He’s tone deaf, yes, but that doesn’t mean he can’t convey the importance of rhythm, timbre, or singing with facial expressions. You can feel music, Falconer explains. Deaf people dance by feeling vibrations in the bass.

Popular music is full of singers who can’t sing, let alone who can claim technical mastery of the voice. Neil Young is a legend, but it’s tough to imagine him getting past the tryouts for American Idol. And if singing were only about having a great voice, why on earth do people still pay money to see Bob Dylan? Falconer isn’t going professional, but he shows marked improvement with the lessons, even if they make him more cognizant of just how bad he really is.

Though he doesn’t have a choir voice, it doesn’t mean he should fear invitations to karaoke bars, nights by the campfire or the national anthem to start every hockey game. So what if he’s bad? Even the worst of golfers still take pleasure in hitting the rare fairway off the tee, even if they finish every hole with a triple bogey. The stigma of bad singing, especially in the era of TV talent shows and the amateur singer, is worse.

After years of on-again, off-again training, Falconer eventually has the courage to stand in front of a group of friends and some strangers, tell everyone he’s tone deaf, and belt out Blackbird once again. It wasn’t good, but the journey was great.