David Chariandy writes to his daughter, in wary hope

The award-winning Chariandy has written a book about racism, struggle and love to mark his child’s coming of age 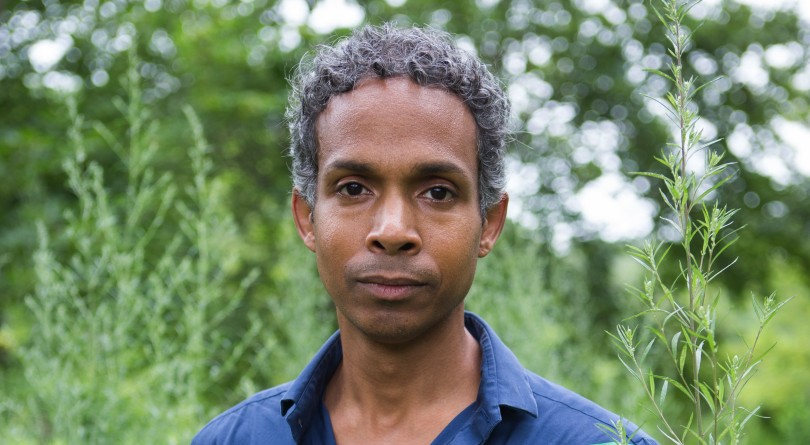 In January 2017, the daughter and eldest child of David Chariandy and Sophie McCall celebrated her 13th birthday in Vancouver. Present were her younger brother; her paternal grandparents, Trinidadian immigrants to Canada; her white mother, a prominent academic voice in the evolving reconciliation of Canada and its Indigenous peoples; and her Toronto-born father, who had won the Rogers Writers’ Trust Fiction Prize for his novel Brother two months earlier. Present, too, was the tumultuous aftermath of the xenophobia- and misogyny-rich American presidential election, kept as much top-of-mind as a girl’s personal milestone by the coming inauguration, two days hence, of Donald Trump.

What his daughter needed and deserved, Chariandy thought as the conversation kept drifting from birthday to politics, was a quieter and more hopeful narrative, the story of her own ancestry. When the inauguration was followed a week later by Trump’s first attempt at a Muslim travel ban and then, two days after that, by the mass shooting in a Quebec City mosque, the essential idea of I’ve Been Meaning to Tell You: A Letter to My Daughter crystallized in his mind.

The world may or may not have arrived at a pivot point, 48-year-old Chariandy recalls in an interview, but his now-adolescent daughter had come to her own “moment of maturity.” The 2016 U.S. presidential campaign “was one of the first times she had closely followed an election, and she had started asking questions about the politics of race and belonging. She always knew that certain things were a reality, but it was surprising for her to hear those things from figures of authority, and then the shootings in Quebec City were especially frightening. So I wanted to give her a deeper story of ancestry and struggle and love and the politics of the very land that we both belong to.”

But if what to tell her was clear, at least in concept, how to go about it was not. One of the first questions was whether to name his child in the book. Asked about novelist Maggie O’Farrell’s comment on how she realized her own recent memoir, I Am, I Am, I Am, was a potential “tax” on family members—“Sometimes it takes your breath away how exposing [memoirs] are not just to the writers but the people around them”—Chariandy agreed with its essential truth. “I thought of reviewers discussing my daughter, by name, as a ‘character,’ and I felt uneasy about that.” In the end, he decided that neither she nor anyone else in his family would be named in the book, a choice that, in its way, adds to its graceful power. Everyone in I’ve Been Meaning to Tell You exists in a web of relationships: “your mother,” “my son,” “your brother,” “my wife.” There is “intimacy,” adds Chariandy, “in referring to someone you love so deeply as ‘daughter’ only, because it’s insisting upon that relationship.”

The nature of the relationship, crossing the gender line when relations between the sexes are evolving more rapidly than even racial politics, raised further complications. “That was a really important point. An address across genders, whether mother-son or father-daughter, profoundly affects what you’re expressing—your own life is out the window as far as I’m concerned. My daughter is going to have, has already had, completely different experiences from me because she’s a girl. Maybe if I had written a letter to my [now 11-year-old] son I could have modelled some sort of identity, some way of being in the world, but I cannot do that with her.” He could only tell her stories he thought she needed to know, and he was the only person—“I’m the visible-minority parent”—who could tell her “these particular, personal, intimate stories.”

Worried about “revealing things that a loved one may not want to reveal to the public,” and concerned with the possibility that he might simply fail to understand his daughter’s life, every time Chariandy finished a new chapter he’d ask her for feedback. “Sometimes she would simply absorb it and we’d have a discussion over tea or during a walk together.” Other times, he says, she’d ask for clarification, wanting her father to be more specific about events. “She was very much involved—it wasn’t something that I sprung on her at the last minute.” Was she happy with the final result, and prepared to see it go out into the world? “Very much so,” replies Chariandy, before adding, with due parental caution, “as far as what she’s told me.”

It helped, if only in that regard, that the story he had to offer was far more his than hers. It was still painful to set down. The task took Chariandy back through time and a long series of “incidents,” a word his book applies with increasingly ironic effect to instances of naked racism. Not all of them lie in the distant past—a key moment in the formation of I’ve Been Meaning to Tell You happened last June, while it was still a work in progress, when Chariandy’s son was called the n-word in a Vancouver schoolyard.

Yet memory was the richest source. There was the “incident” that opens the book, when a well-dressed white woman in Vancouver shouldered Chariandy out of the way in a lineup, loudly proclaiming, “I was born here, I belong here.” His daughter, then three years old, didn’t hear or didn’t understand, but she knew the silent stillness that descended on her father was not a good thing: “Hey,” she asked, “What happened?” (Children, Chariandy notes, always know: “I wrote of my parents’ experiences under the cloak of fiction for my first novel, and when they read it they were startled because they couldn’t remember telling me those stories with such detail.”)

Further back was the birth of his daughter, his first-born, one of two passages where I’ve Been Meaning to Tell You resonates strikingly with Mark Sakamoto’s 2014 memoir Forgiveness, newly resurgent as the 2018 winner of CBC’s Canada Reads competition. The two novice fathers were both struck dumb by the arrival of their daughters—in Chariandy family lore, which the writer politely denies, David actually lost consciousness—suddenly overwhelmed by mingled feelings of love, fear and responsibility. The other parallel was a crucial meal, a breaking of bread as much symbolic as real, marking the first encounter of individuals from very different worlds brought together because their children had fallen in love. In Sakamoto’s case, it was the meeting of his paternal grandmother, a victim of the Canadian government’s wartime internment of Japanese-Canadians, and his maternal grandfather, a starved and beaten Canadian POW in Japan. For Chariandy, it was the meeting of his wife’s socially prominent parents—who can count a 19th-century railway baron and an early female doctor among their ancestors—with his parents, descendants of generations of slaves and indentured servants.

And from there to Chariandy’s own childhood, growing up working-class and black in the still middle-class and white Toronto suburb of Scarborough. He has no count of the times he was called the n-word, spear-chucker or jungle bunny, and sometimes Paki by those who discerned his partial South Asian ancestry—his parents, just another black couple in Canada, had had to overcome Trinidadian racial tensions for their marriage. Walking down a school hallway, Chariandy would be tripped or shoved; twice he felt gobs of spit on his scalp. Sometimes he played along to get along, and to hide the hurt. But it took its toll in his own concept of himself and in his attitude to school and society at large, not just the insults but the subtler cues, the women clutching their purses as he walked by, the gimlet eyes of store cashiers, “the special risk we faced from authorities.” It all added up to the flip side of the Vancouver woman’s contempt: you don’t belong here.

He found it hard to get those experiences down on paper—harder than his parents’ complicated past—and almost impossible to talk about on the day his son was called the n-word. “I guess the parent does always hope that the next generation will not face their tribulations. I think maybe for my wife—my daughter’s mother, my son’s mother—who is extremely thoughtful on these issues, that sort of experience was a shock and a surprise. For me it was neither, really. I had the hope that that wouldn’t happen to my child, but I still can’t say being called that name in school is a shock.” On that day, though, Chariandy was tongue-tied, unable to describe his own past “because I was kind of getting choked up.” He didn’t want to tell his children that that’s what his school days were like, and couldn’t verbalize that truth. “Then again,” he continues wryly, “I guess that’s maybe why I’m a writer. I need the stillness of writing, the process itself—writing for me isn’t the expression of what I’ve already worked out. It’s only in the act of writing that I understand what it is I do think.”

Now that Chariandy’s particular mix of the personal and the political is written, he’s as satisfied with the results as his daughter. I’ve Been Meaning to Tell You, like all such books—most recently Ta-Nehisi Coates’s Between the World and Me, composed as a letter to his teenage son—has more than one audience in mind. “I’d like to hope the book will speak to certain experiences that other visible-minority parents and youths have had, and that it will resonate for them. I think the book is also of the moment we live in, not just the bad, but a time when a lot of people of various backgrounds are doing their best to think about these questions in new ways.”

But it is, in truth, primarily addressed to his daughter, in all the immense “complexity of her heritage,” the descendant of slaves, indentured servants, a pioneering physician and a railway baron. “I hardly know what to make of that,” says Chariandy. “But it’s one reason I began the book with lines from the gospel song On Children, created from Kahlil Gibran’s words—your children are not your children, they belong to a future you cannot visit even in your dreams. That’s true for every generation. I don’t know what it means for my daughter to be comprised of so many identities, I don’t know how she will move in the world, a world rapidly changing, different to mine. There’s hope in that, but I want to balance hope against reality. So many aspects of this world—this Canada of specific benefits and ideals, specific illusions and blindnesses—have not changed dramatically. My daughter needs to know the past, because that knowledge will provide vital tools for shaping her own future.”