David Johnston: Who am I, anyway?

Excerpted from The Idea of Canada, a new book from the Governor General. Here, a simple answer to one boy's profound question 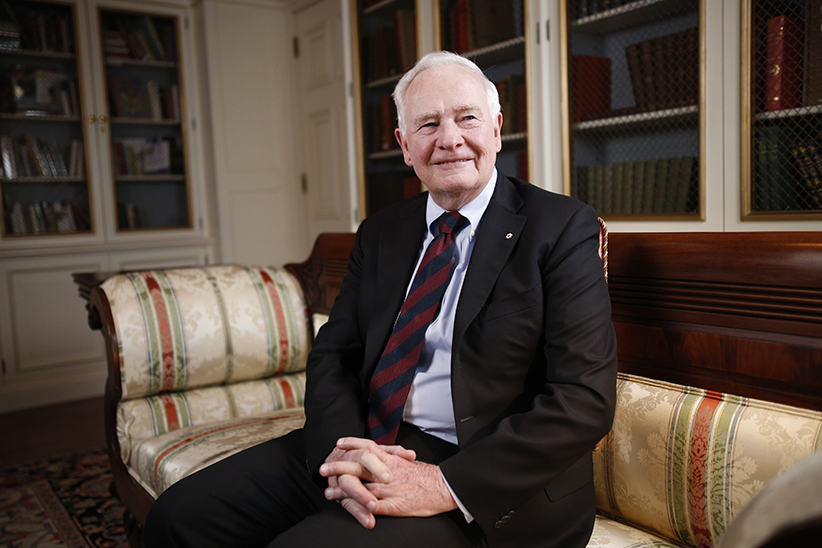 In his new book, The Idea of Canada, Governor General David Johnston pens letters to Canadians living and dead. Among those he writes to: Céline Dion, Chris Hadfield, author John Buchan, and Kevin Vickers. In this letter, which appears at the start of the collection, Johnston writes to a 10-year-old boy who asked, “Who are you, anyway?”

Not a day has passed since we met that I haven’t thought of you and the question you asked me. And I don’t even know your name! Perhaps you’ve forgotten me? We met in your hometown. My journey to Repulse Bay, Nunavut, was one of my very first as governor general. When we saw each other at a community gathering, you asked me: “Who are you, anyway?” What a great question. I responded by telling you that I was the governor general. The more I’ve thought about your question, however, the more I’ve realized how incomplete my answer was. Being governor general is who I was at that exact moment, and the position is probably the last significant one I will hold during my career. Yet no kid in Canada ever grows up thinking, “Someday, I want to be governor general.” A doctor or pro hockey player or prime minister, sure. But governor general?

So your question is a smart one – probably the most meaningful question one person can pose to another or one person can ask himself or herself. Let me try to answer it now. Who am I, anyway?

I’m Scottish-Irish-Canadian. My ancestors came to Canada from Scotland by way of Northern Ireland. They found struggle, sacrifice, and setbacks, like nearly all immigrants to our country. They also found opportunities – for themselves but more so for their descendants. I have done my best to seize and make the most of the many opportunities that have come my way.

I’m a small-town kid. Several generations after my father’s ancestors settled in the Ottawa Valley, I was born in Sudbury, Ontario, and grew up in Sault Ste. Marie. When I was growing up there, the Soo was a natural resources town – steel, lumber, pulp and paper. It was remote and isolated – a place most people passed through on the way to somewhere else – but it was also safe and secure. My father ran a hardware store, my mother our home. My schools nurtured my curiosity, and my community gave me support. I began after-school work at age nine and learned the heady satisfaction of self-reliance.

I’m a student-athlete. For me, the two have always gone together. I played hockey in the winter, baseball in the summer, and football in the fall – all of them at school, on city league teams, and in countless pickup games with my friends. I also worked hard at school, because I realized early that an education opened many doors – a strong education was my ticket to a rewarding career and fulfilling life. I was fortunate to be a good enough athlete and a good enough student to earn a scholarship from Harvard University. In the late 1950s, the school had started looking for students from places other than blueblood families of the northeast United States — especially young men who excelled in their studies and in a sport. Bill Bender, Dean ofAdmissions for Harvard College, unleashed Harvard’s alumni to find these new “diamonds in the rough.” I was amongst the roughest of these, contacted in grade 10 in my high school in Sault Ste. Marie by a Harvard alumnus in Minnesota. Thus began my love affair with Harvard. 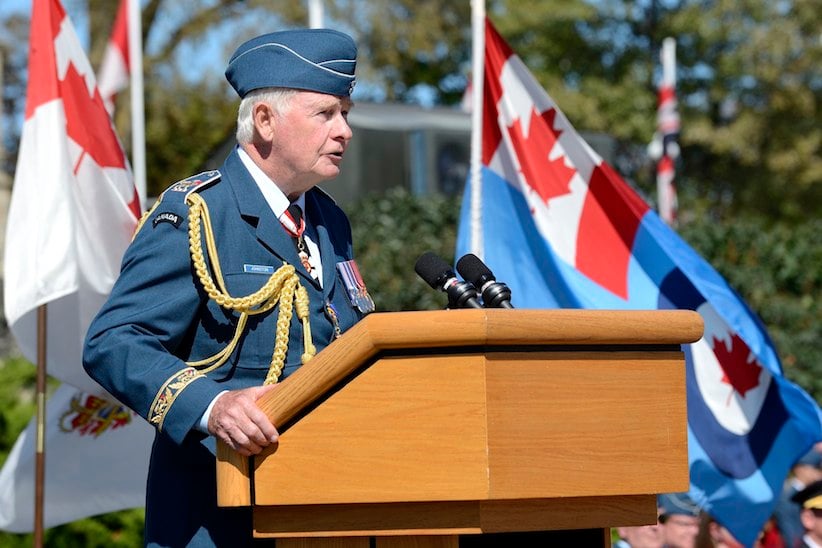 David Johnston at a national ceremony to mark the 75th anniversary of the Battle of Britain on Sunday, Sept. 20, 2015, on Parliament Hill. (MCpl Vincent Carbonneau, Rideau Hall, OSGG)

I’m a lawyer and a teacher. Again, the two go hand in hand for me. I love the law. Our laws – arrived at by our legislators and interpreted by our judges – are the bedrock on which our country rests. Our laws also enable us to advance closer and closer to justice – an elusive goal but one we should never cease trying to reach. I never practised law, though. I taught it. I was a law professor and a law school dean. These roles enabled me to gain the knowledge and experiences I needed to become a university president, which I was for twenty-seven years. Being a student for some years and a university teacher, dean, and executive for many more enabled me to learn plenty about the idea of education and the ways in which education is practised in Canada and around the world. Reaching out to schools in other countries to help students and teachers exchange and expand knowledge was a joyful and fulfilling preoccupation of mine that continues to this day.

I’m a public servant. I have served on task forces, inquiries, round tables, and commissions established by provincial and federal governments. And I carried out the duties of governor general for five years and will do so for another two years until after Canada’s 150th birthday in the summer of 2017. I assumed all these roles because I believe public service to be an honourable calling and sacred duty. I have been blessed to live, work, and raise a family in this country. Public service is a way for me to make a small measure of return to the country that has given me so much. I will always answer my country’s call to service eagerly and gratefully.

I’m a husband, father, and grandfather. (I’ve saved the best for last.) I married my childhood sweetheart. I met Sharon when she was thirteen years old and I was fourteen. Although we were separated for long stretches while I attended university, I think we were destined to be together for life. She has helped me have a fulfilling career, contributing to my roles as university dean and executive, as well as governor general. She has also had the energy, intelligence, and determination to earn a doctorate in rehabilitation medicine and to run her own business. On top of all that, she has recently published her first novel, based on her grandmother’s life. She is now working on a second, about her mother, and plans a third, which will be about the two of us and our children. She’s an incredible woman. Together, we have raised five daughters. Everything truly worth learning in life I have come to understand from them. They are more than children; they are my inspiration every day. 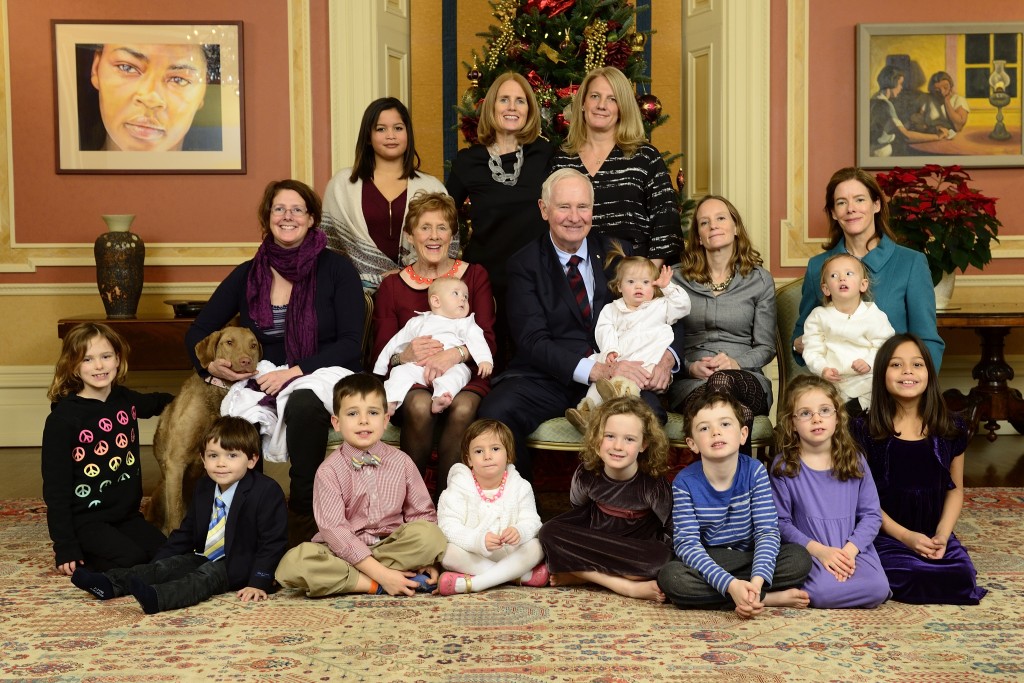 I’m also a grandfather of twelve. They keep me young – not merely by helping me stay active but also by enabling me to view our world through their eyes. I hope one day you will find the kind of joy and wisdom they have granted me.

When we met in Repulse Bay, you asked me: “Who are you, anyway?” That’s my answer – for now, anyway. 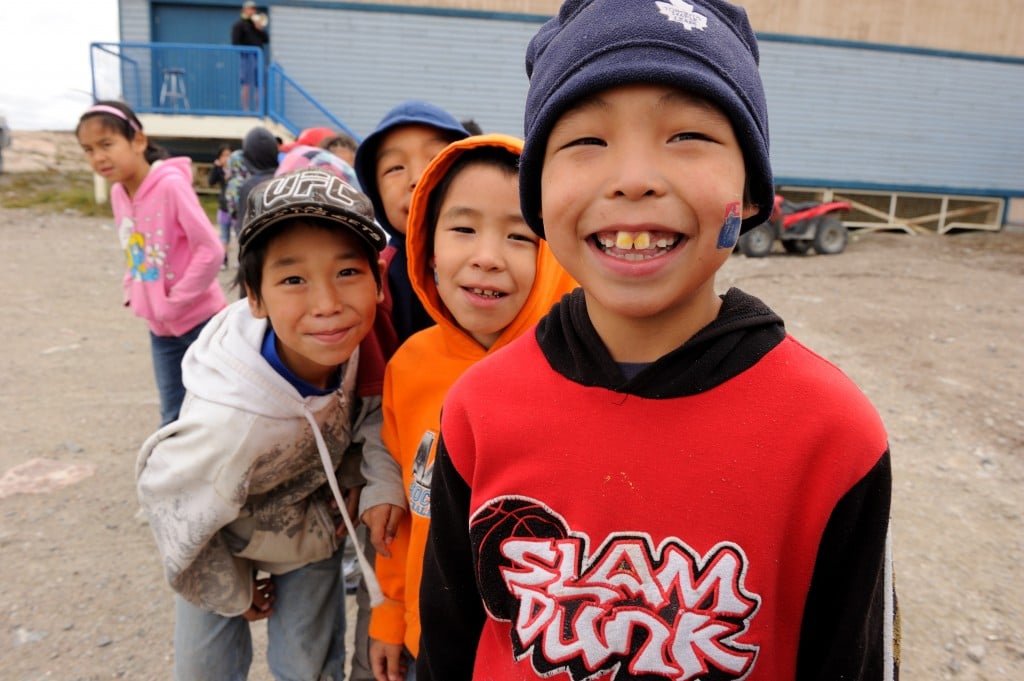 Mr. Johnston’s friend is an eight-year-old Inuit boy he met on one of his first visits outside Ottawa as governor general. The happy, curious youngster found himself standing next to Mr. Johnston at a start of Repulse Bay’s Terry Fox charity run. The runs, which are held in more than 100 countries around the world, raise money for cancer research. Mr. Johnston and his family have participated in them for more than three decades. The Repulse Bay Terry Fox run is the most northerly version of the run in the world. The brief conversation between Mr. Johnston and the boy went like this:

“Who are you, anyway?” “I’m the governor general.”

“Seventy! I didn’t think anybody could get that old, anyway.”

When Mr. Johnston had finished the five-kilometre run, he spotted the boy in the crowd, walked up to him, poked him gently in the shoulder, smiled, and said, “Not dead yet, anyway.”

Excerpted from The Idea of Canada: Letters to a Nation by David Johnston. Copyright © 2016 David Johnston. Published by Signal, an imprint of McClelland & Stewart, a division of Penguin Random House Canada Limited. Reproduced by arrangement with the Publisher. All rights reserved.