A book on name theory, from Jennifer to Lamar 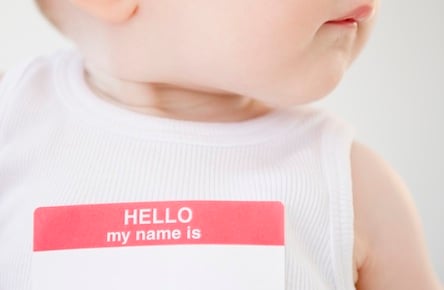 A recent study out of the University of Toronto confirmed what too many people already know: “Resumé whitening”—anglicizing foreign-sounding names, like “Lamar J. Smith” appearing as “L. James Smith”—isn’t just prevalent; it works. Callback rates for black job applicants who resorted to the practice went up 25 per cent.

Names matter, so it’s no wonder we’re obsessed with them. The subject’s been covered widely, in baby-naming books and celebrity websites, by economists (see Freakonomics) and sociologists, all telling us of the effects our names may have on our lives. But we rarely get an insider’s perspective (the Freakonomics authors are a Steven and a Stephen). Now meet Duana Taha, the half-Gaelic, half-Egyptian TV screenwriter-slash-baby-name blogger turned advice columnist (on LaineyGossip.com) and self-declared “name therapist.”

A generation ago, the idea of “baby name consultants” would have been laughable. Taha blames the Internet and the “identity crisis” of seeing a hundred yous online. Unique isn’t easy when everyone’s doing it, and by book’s end, Taha is pregnant and wrestling with Duncan vs. Damian vs. Archibald. The Name Therapist is half humour memoir, half gonzo journalism, with a dash of how-to. Along the way, she sprinkles in “name-jacking” (when your frenemy steals your baby name) and “Starbucks names” (your alter ego for the barista), and fascinating tidbits about the names that surround us. Now’s the first time in human history, for example, that the same names fall in the top 10 lists for both babies and pets.

Taha breezes through traditional names, “stealth” names (like 30 Rock’s Elizabeth Stamatina Fey) and “ethnic” names, which she finds “unappreciated.” But for someone who hates biases, her own are often at work. Megan is “the perfect North American kid,” Dana is “completely forgettable” and don’t get her started on Jennifers. They have “an aura of what we would now refer to as entitlement.” They don’t, of course. Names are entirely subjective and totally personal, even the ones shared by everyone else.