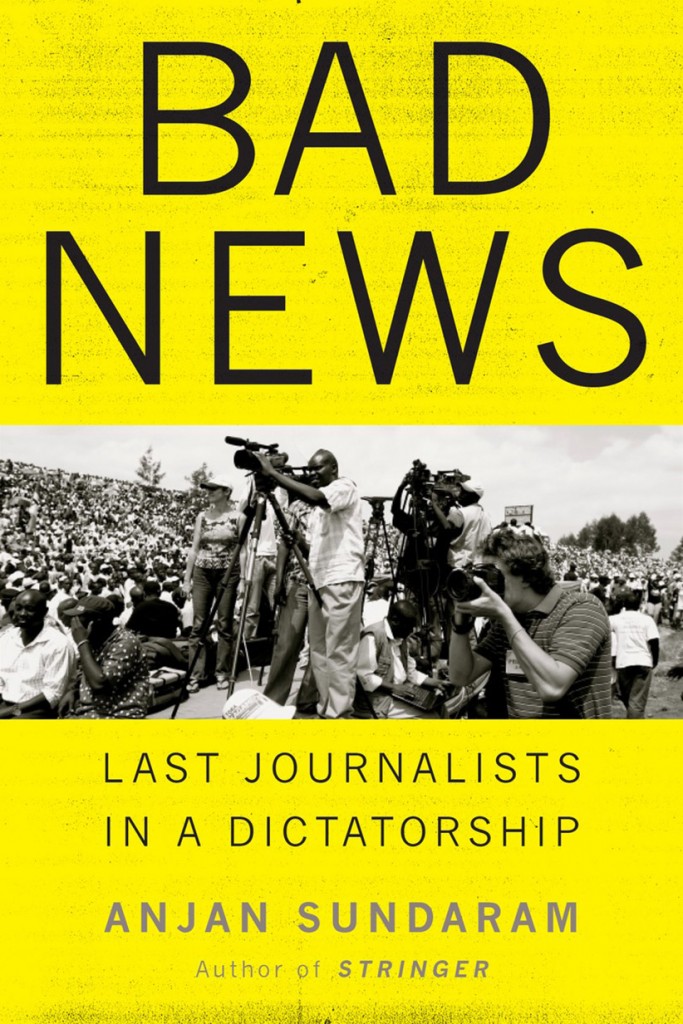 In Bad News, Anjan Sundaram pushes against a common narrative about recent Rwandan history. Sundaram, also the author of Stringer, a memoir about reporting in the Democratic Republic of Congo, arrives in Rwanda in 2009 to run a training program for local journalists. Over the next four years, he experiences a country that isn’t modernizing but rather remains mired in poverty, one in which President Paul Kagame is not a hero who fostered reconciliation and democracy following the horrors of the 1994 genocide, but an autocratic leader whose government intimidates, tortures and kills in order to stay in power.

Sundaram directs plenty of anger toward the countries that pour billions of aid dollars into Rwanda and the foreign journalists who report on the country without peeking behind the facade of progress. But most compelling is his interrogation of Rwandan society. Early on in the book, Sundaram is devastated to find one of his students becoming a flack for the regime. It’s the first of many similar deceptions that leave Sundaram with a view of Rwanda as a country where, as one Rwandan puts it, “we don’t know where the state ends and where we begin.”

Sundaram criticizes Rwandan society as an outsider, a fact that may give some readers pause. But he is a believer in the power of reporting; in Bad News, a free press carries metaphysical importance—without it, events you witness firsthand start to seem imaginary, lies spin their way into truth, and a country in turmoil can take on a calm, orderly appearance. Sundaram is out less to condemn than to uncover the slow slide into dictatorship he sees in Rwanda—a process that doesn’t make the noise of a coup and draws a population into complicity.

Bad News documents persecution and repression, but it also warns that a false reality need not be imposed; with time and enough disinformation, a charismatic leader like Paul Kagame can begin to appear like a population’s only choice. Sundaram probably wasn’t surprised when, on Dec. 18, 98 per cent of Rwandans voted to let Kagame extend his presidency beyond his current term. Kagame, who was elected president in 2000, could now potentially rule until 2034.