Glaciers aren't only a northern thing

Book review: A look ahead to a warmer world, where glaciers no longer catch fire 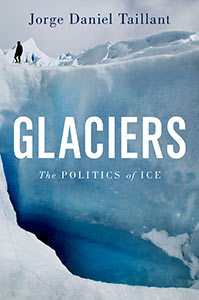 GLACIERS: THE POLITICS OF ICE

Aside from Antarctic ice, most North Americans probably think of glaciers as a northern phenomenon, which is why it’s particularly thought-provoking to read about them from the perspective of a global southerner. Daniel Taillant, co-founder of the Centre for Human Rights and Environment, an Argentinian NGO, has written an account both exuberant in its wide-eyed appreciation of glaciers and sombre in its evaluation of their current state. One of the most important natural resources in the world, glaciers are also one of the most vulnerable. They are crucial to humanity’s freshwater supplies and they are fast disappearing, not just because of climate change, but through the sort of mining that covers them with dust particles (accelerating the melting) and even explodes them to get at the ore underneath. Small wonder there are scientists seriously contemplating ways to make new glaciers, including a retired Indian engineer, Chewang Nephal, who has constructed 12. His largest supplies the water needs of a village of 700. Welcome to the cryosphere, the world of ice, and its tumultuous politics.

In alternating chapters, Taillant details the struggle to create the world’s first glacier protection law in Argentina, and the history of glaciers and human interaction with them. Despite the crucial and far-from-inspiring role played by Canadian mining giant Barrick Gold in the first narrative, for most readers it’s the second storyline that will enthrall.

He writes about invisible glaciers, millions of tons of ice hidden in mountain rock just below the visible ice fields; of glaciers that can catch fire (because of their high methane content); and of glacier tsunamis, better known as GLOFs (glacial-lake outburst floods), the somewhat goofy acronym for events that have killed tens of thousands. They occur when meltwater breaks through its weak banks—essentially loose heaps of rocks thrown up by the formerly solid glacier—and roars downhill at 100 km per hour. There will be more of these as the world warms. The first inventory of Peruvian glacial lakes counted 223 in 1953. Now there are more than 400.

Mostly Taillant writes about the fast-advancing post-glacier world. Melt lines are marching ever higher up mountainsides. California’s famous Lyell Glacier has only “300 m of life left,” he writes, while British Columbia’s 17,000 glaciers are losing 22 cubic km of ice yearly. And when enough glaciers have disappeared, the planet will be a very different place. Numerous rivers, as large as the Yellow and the Ganges by some calculations, will dry up in the summer, with major implications for drinking water, transport and hydropower. At least there will be no more GLOFs.