Has Harry Potter separated from Ginny? What's with Hermione's hair? 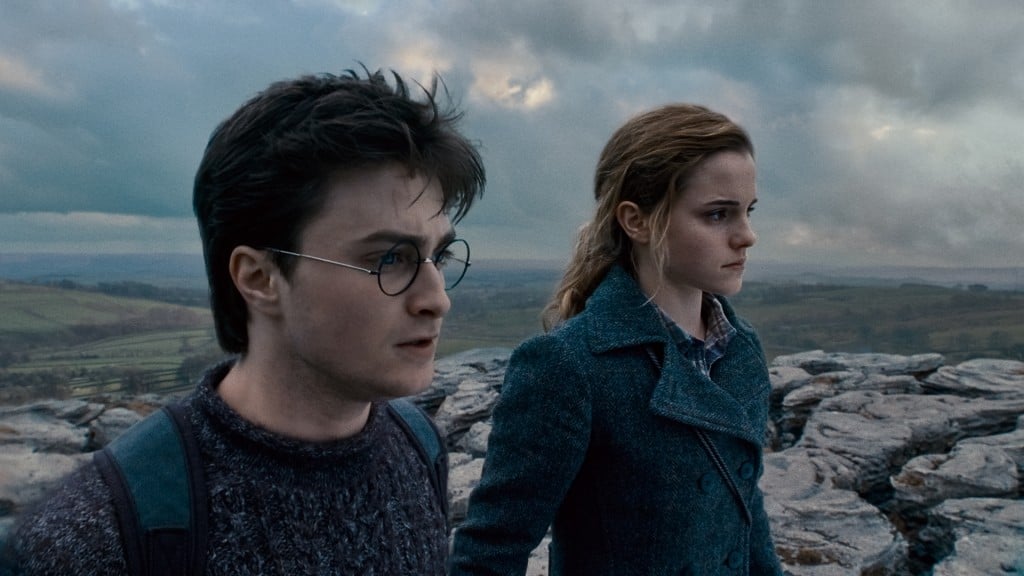 When it comes to separating truth from fiction in Harry Potter’s world, everyone knows to take gossip writer Rita Skeeter’s prose with liberal doses of salt and suspicion. So her latest missive—a set up to the upcoming quidditch World Cup final in the Patagonian desert—released on author J.K. Rowling’s website, Pottermore, not only crashed the site, but sent millions of Harry Potter fans into a tizzy as they tried to decipher the truth behind Skeeter’s latest update, published in the most recent issue of the Daily Prophet.

As always, Harry Potter was the focus of her prose, as Skeeter implied the most famous wizard, attending the World Cup with his children, has separated from his wife, even though Ginny is covering the event for the Daily Prophet:

About to turn 34, there are a couple of threads of silver in the famous Auror’s black hair, but he continues to wear the distinctive round glasses that some might say are better suited to a style-deficient twelve-year-old. The famous lightning scar has company: Potter is sporting a nasty cut over his right cheekbone. Requests for information as to its provenance merely produced the usual response from the Ministry of Magic: ‘We do not comment on the top secret work of the Auror department, as we have told you no less than 514 times, Ms. Skeeter.’ So what are they hiding? Is the Chosen One embroiled in fresh mysteries that will one day explode upon us all, plunging us into a new age of terror and mayhem?

Or does his injury have a more humble origin, one that Potter is desperate to hide? Has his wife perhaps cursed him? Are cracks beginning to show in a union that the Potters are determined to promote as happy? Should we read anything into the fact that his wife Ginevra has been perfectly happy to leave her husband and children behind in London whilst reporting on this tournament? The jury is out on whether she really had the talent or experience to be sent to the Quidditch World Cup (jury’s back in – no!!!) but let’s face it, when your last name is Potter, doors open, international sporting bodies bow and scrape, and Daily Prophet editors hand you plum assignments.

Given everyone who is anyone is in the Patagonian desert—the locale is picked because of its distance from Muggle settlements—the gossip column has given Rowling’s fans a peek into how the characters have fared since defeating Lord Voldemort at Hogwarts.

Hermione Granger is deputy head of the Department of Magical Law Enforcement, and mother of Hugo and Rose. However she’s still got issues with her untamed hair (though you’d think there would be a charm for that).

Was the work of the Auror Department too much for a man who has admitted that the destruction of He Who Could Not Be Named’s Horcruxes “took its toll” on him? He shows no obvious signs of mental illness from a distance, but the public is not allowed close enough to make a proper assessment. Is this suspicious?

But there was good news: Neville Longbottom has married a woman named Hannah, and still works at Hogwarts.

Best of all, Skeeter’s new biography, Dumbledore’s Army: The Dark Side of the Demob, comes out on July 31 from Flourish and Blotts. No word on whether she has a Muggle publisher.