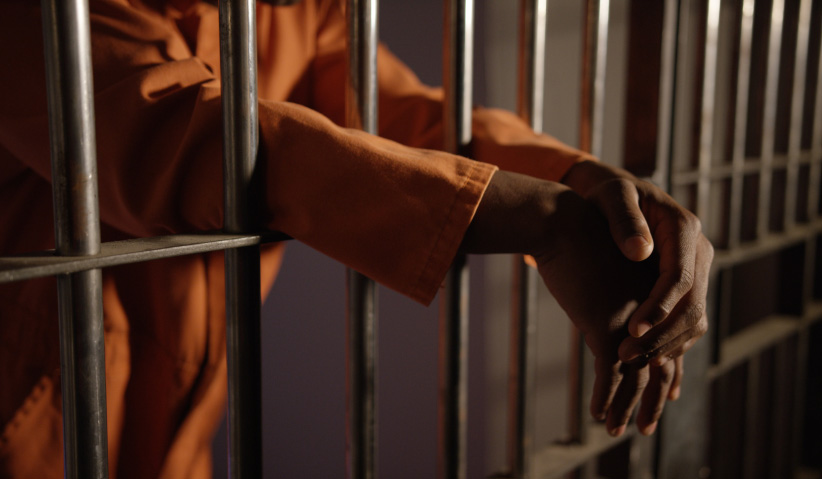 In September 1998, police in Poughkeepsie, N.Y., discovered the decaying corpses of eight female prostitutes. The bodies were stashed in a home owned by the Francois family—including Kendall, an obese, 27-year-old community college student who confessed to the murders. American journalist Claudia Rowe relives her obsession with the case in her debut book, The Spider and the Fly: A Reporter, a Serial Killer, and the Meaning of Murder. It’s a work of literary true crime, successfully combining the allure of In Cold Blood, Dead Man Walking and Zodiac.

A freelancer for the New York Times in Dutchess County at the time, Rowe wondered how these missing women went unnoticed for up to two years. Several prostitutes had reported Francois’s proclivity for strangulation to the police. Why hadn’t the authorities and The Poughkeepsie Journal pushed for answers and an arrest? Most important, Rowe asked herself why she was so fixated with the case. She penned a letter to Francois in jail, sparking a four-year conversation, including phone calls and prison visits. The book recounts their relationship and how it tapped into the explosive violence Rowe experienced at home as a child.

After setting aside her notes for more than a decade, Rowe compiled them into this chronicle. Now 50 and a staff writer at the Seattle Times, Rowe spoke with Maclean’s contributor Joanne Latimer about her relationship with a killer, the making of a monster and what the murder case revealed about a prosperous county in New York state.

Q: How did your involvement in the case begin?

A: When the bodies were discovered, my boyfriend at the time, we’ll call him Derrick, was an environmental reporter at the Poughkeepsie Journal. I was a local stringer the The New York Times. To give Derrick due credit, he was the one who goaded me into pitching the story to the Times, since his newspaper wasn’t interested. He said I had a responsibility. That’s so ironic, because Derrick came to hate my obsession with the murders and the fact that they completely consumed me.

Q: Tell me more about how your preoccupation with Francois affected your life?

A: The quest to understand Francois began as a purely journalistic endeavour, but the more our interaction forced me to look at myself, the more it took over my life. It was an entirely solitary pursuit that practically turned me into a hermit and seemed to be destroying my life. Derrick resented that I prioritized the case and my ambition to write for the Times over our relationship, and everything else. The people who actually cared about me were worried or confused about what was going on. Initially, it felt like I was falling into a deep dark hole, but in the end, I think, the process made me a more honest writer and a more compassionate person.

Q: How would you describe the four-year entanglement with Francois?

A: Mutual manipulation. Each of us was using the other to get what we needed. This, I think, is a pretty powerful metaphor for the relationship between many writers and their sources. Kendall gained a temporary sense of power and control. He tried to get me to do things for him, like go to wrestling matches and report back, or track down women on the street to whom he wanted to apologize. I agreed to none of those errands, so his attempts at manipulation failed. What I gained, really, was knowledge: knowledge that there are human beings behind the words “monster” and “evil.”

Q: Did you come to understand how he became a serial killer?

A: I came to understand many of the components that went into creating him: a deeply disconnected family life, for one thing; a tremendous sense of alienation or “otherness” from the norms of his world. Within that, he developed a raging hatred of women and a tremendous sensitivity to what he perceived as humiliation. Forensic psychiatry suggests there were probably neurological components as well, which I never had an opportunity to research.

Q: How did the relationship make you feel at the time?

A: I was terrified throughout much of our interaction. Only when I began to build a stronger sense of self did I become less vulnerable to his head games. Ironically, it was Francois’s criticism of journalism that forced me to take a hard look at myself as a writer.

Q: What was it like to visit him in prison, in an open room, with him unshackled?

A: I was frightened at the prospect of sitting side-by-side with him, in an environment where, technically, he could reach out and grab me at any moment. But as we spoke, those fears would ebb somewhat, and I could begin to feel him as a human being, rather than a monster—a very psychologically shaky person, true, but a person nonetheless.

Q: Did he show remorse?

A: His “remorse” was slippery. It seemed to surface from time to time when he indicated that none of his victims “deserved” to be murdered, and that he, by contrast, did deserve to die. But his deepest regrets were for himself: the ways he had destroyed his own life and harmed his family. A sense of “guilt” flitted in and out of his mind, but I don’t think he could really stand to face who and what he was.

Q: How did the case of the missing women get so neglected?

There were a lot of race and class issues at play in Dutchess County, which is a predominantly white, wealthy area. It came down to value. Who are the people worth caring about and who are the people we decide to value less? That happens all the time, all over the place. I feel very strongly that while Kendall treated his victims like garbage, the surrounding community didn’t do much better. The local newspaper didn’t even write about it!

Q: You make some damning accusations against the Poughkeepsie Journal for sanitizing the news.

So much of this book is about determined denial, as in, “we are not going to look at troubling things.” We see denial in families, including my own, and larger rings of the surrounding communities, including the Poughkeepsie Journal. The victims—predominantly drug-addicted prostitutes—were not considered sympathetic and were therefore unworthy of coverage.

Q: When you finally saw the forensic reports detailing Francois’s violent crimes against the victims, how did they affect you?

A: When I saw those reports, I was nauseous and sweating, literally shaken and horrified. Any normal person would say, “Right, you’re done. Now you see who you’re tangling with.” But I wasn’t done! That’s the nature of obsession. When we’re obsessed, it’s something in you. It’s not about Kendall Francois. It’s about me and my past, as it always is.

Q: You describe your childhood as scarred by a volatile mother and an ineffectual father—all the while passing for a genteel family living on Central Park West. Was this secret family history at the root of your obsession with the case?

A: Yes. Writing the book finally gave me a much more holistic way of understanding myself, my own family, and, by extension, other people’s families. There are forces in all our lives, to varying degrees, that push us toward certain behaviour. Those forces are on a family level and on a societal level. I came to understand my mother less as this terrifying force of my childhood and more as a woman who was herself overwhelmed and frightened and felt lost in a troubled marriage. She had her own significant pressures.

Q: How did your mother feel about you including passages about your childhood and troubled teen years in the book?

Exposure is a difficult thing for everyone—for my mom, for me, even for Kendall Francois. This is hard for my mom and I have to applaud her willingness to let me tell my story.

Q: Your father was an anti-Vietnam War activist and Democrat, yet he was unable to protect you from your mother’s rage. How did he react to the book?

My dad has been really amazing. He says he got off easy in the book. I don’t see it that way. He also said, “This is your story. You’re taking something painful and making something positive out of it that might help other people. It’s a victory.” When he said that, I burst into tears.

Q: Why do you think people have an insatiable appetite for stories about serial killers?

A: I think the serial killer’s obsessive-compulsive nature—the need to murder again and again—is inherently mysterious. The bedrock question in all crime is: why? And how did they get to be that person? That was originally driving my interest in the Kendall Francois case. I wanted to know how a person could cross to the other side and exist in this shadow world. That drives most people’s interest, I think.

The hunger to consume crime narrative, I feel, is a bit different and has something to do with the reader’s own history. People who read crime tend to read a lot of crime. They devour it. It’s almost a compulsive searching, in itself. I feel people are searching for the “why” in the criminal behaviour, but they’re also searching for the “why” in their own lives. People have a lot of trauma of an emotional nature. For me, at least, it’s a way to understand forces in my own life.

Q: What’s your next project?

A: It’s not crime-related at all. It’s about social issues, including what privilege does and does not provide.

FILED UNDER: a Serial Killer and the Meaning of Murder Claudia Rowe Editor's Picks Kendall Francois N.Y. Poughkeepsie psychopaths The Spider and the Fly: A Reporter