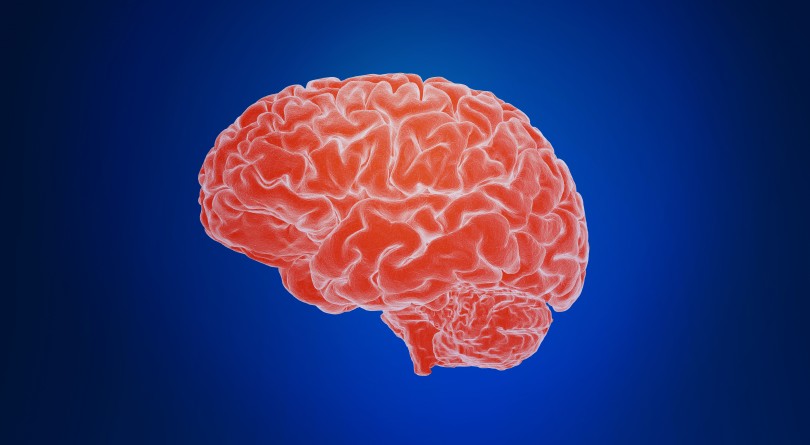 Dr. Eric Kandel is a distinguished psychiatrist, a pioneering neurological researcher, winner of the Nobel Prize in medicine, and, at 88, one of the last of his kind. Born into Vienna’s flourishing Jewish community, in 1939 Kandel fled the Nazi-occupied city, the home of Sigmund Freud and the birthplace of psychoanalysis, arriving in New York as a nine-year-old. At Harvard, where he first studied history and literature, Kandel, fascinated with the motivation for human behaviour—how entire societies can wrench themselves towards evil, and how individual selves make moral choices—developed an interest in the science of learning and memory. After graduating from medical school, he began the research on the physiological basis of memory storage in neurons that would bring him the Nobel. Today, Kandel retains considerable sympathy for the insights and humanistic underpinning of classic Freudian analysis, but is far more focused on the medical breakthroughs he describes in his new book, The Disordered Mind: What Unusual Brains Tell Us About Ourselves, as an emerging biology of the mind. It’s a development, Kandel writes, which will “change fundamentally the way we view ourselves and one another.”

Q: Are you, have you been, a psychoanalyst, or had any formal training in it?

A: I’ve been in analysis and I’m very much interested in it—studied some aspects, actually—but formal training, no. I am a psychiatrist, trained in psychotherapy.

Q: I asked because this new biology of mind you’re writing about, which will bring together neuroscience and psychiatry, also seems to have room for analysis as well. You’re making something new but you also sound like the last voice in an old way of thinking about mental illness.

A: There’s absolutely room for psychoanalysis, but I don’t want anyone to think of me as representing a last-ditch attempt to save it. That’s not my view at all. I think psychoanalysis has real problems. When I was a resident in psychiatry—that would be 1960—you couldn’t be considered committed to proper psychiatry unless you were psychoanalytical. And everyone was in analysis. Now very few people are, because psychoanalysis failed in a number of ways. It didn’t provide outcome studies to show that it worked; it didn’t produce mechanistic studies to show how it worked. So people who are critical began to reject it, and that’s still the state of things right now. It needs to be completely revised if it’s going to be effective—and I have reason to believe that it might be—but we need those studies.

READ MORE: Is pot dangerous for the teenage brain?

A: That’s true. And, you know, psychoanalysis prospered more in New York than it would have in Vienna. Several scholarly Viennese experts came to New York and found great curiosity and a lot of gifted young people. So there was a fusion of fertile soil with experienced planters, to mix metaphors a bit.

Q: If there is a pithy encapsulation of the biology of mind, would it be this sentence of yours: “The mind is a set of processes carried out by the brain”?

A: That’s exactly it, just like breathing is a series of functions carried out by the lungs. The old idea of distinguishing mind from brain is spurious. There are no mental processes distinct from brain.

Q: Formerly, there was a division between neuroscience, focused on what was considered organic damage (as from blows or syphilis), and psychiatry, focused on emotions that seemed to leave no physical traces, between thinking disorders and mood disorders, brain and mind.

A: That’s right. But brain imaging has shown us the substrata changes that give rise to all those diseases, including the cause-and-effect traces of mood disorders like depression, and now we know both neurology and psychiatry come from the brain.

Q: One of the concepts in your book that may be new to readers, if not to scientists, is that disorders once thought entirely separate, autism and schizophrenia for instance, have some connection through their heredity component and the fact that they are all circuit problems.

A: Yes, circuit problems, absolutely. The brain is a series of circuits hooked up together in complex ways. What diseases do is screw up those connections one way or another.

Q: The human brain does a lot of synapse pruning as it matures. Autism, research has found, sees the brain not pruning enough, while in schizophrenia it prunes too much. Does that mean that autism is potentially more treatable because it is probably easier to encourage pruning than to stop it?

A: There are pruning abnormalities that mark both disorders, but they are different, and they are only one component—there are lots of other differences. I do think autism is more treatable than schizophrenia, though exactly why that is we don’t know. It may be because autism starts early and we can intervene earlier. That can be really helpful because the brain is so much more plastic when it’s young than it is later on. You know, If you have a lesion on the left side of the brain near speech areas, you will have difficulty in understanding language or expressing language or both, depending upon the size of the lesion. And by and large those functions will not return. But if damage to those areas occurs before puberty, the other hemisphere can kick in and take over some of those functions. But schizophrenia usually occurs after puberty, when the brain is much less plastic than it was.

RELATED: Your brain is flawed, irrational and paranoid. That’s why it works.

Q: Why do you think that schizophrenia, which has its roots in genes and womb experiences, manifests itself later in life? Is it because the usual adolescent synapse pruning is excessive?

A: If I knew that for sure, I’d be rich and famous. Actually, there often are earlier manifestations you might be able to pick up if you’re sensitive enough, and if you were looking for them, but they’re easy to miss if you’re not, not like the major changes in adolescence or later. That’s when a college kid comes to your office and says, “I was functioning fine until a couple of months ago. Then, boom. Now I’m completely screwed up, to the point I want to kill myself.”

Q: To return to the idea of early, subtle signs of schizophrenia, you are arguing that if—through brain imaging and a more precise identifications of the genes involved—we could better identify at-risk individuals, and apply therapy when their brains are more plastic?

A: If we had some way of predicting who would suffer from schizophrenia once they got into adolescence, we could start precautionary treatments earlier and maybe prevent the onset of the disease or at least dilute its impact. But schizophrenia will probably be the hardest to deal with. Depressive illness has periods of normal functioning, with some people doing extremely well in the manic phases of the illness. Many creative people, when they come out of the depression into the mania, experience such a turn on of energy—sexual energy, creative energy—that they really become immensely productive in that period. You find a disproportionate number of people who are writers or artists have a bit of bipolar illness. With schizophrenia, though, I don’t think we can dispute at this point that the anatomic lesions involved are dramatically different than in bipolar illness. This must be right because bipolar is so reversible—there are bipolar people who have really survived it with a little help here and there, a little lithium, a little that. They’ve had creative and meaningful lives including getting married and having kids. With schizophrenia it’s much more difficult.

Q: Even sorting out the genetic component is complicated, as you show in your discussion of the 22q11 issue. One in 4,000 people are born missing a piece of chromosome 22 near the site known as q11, and the troubles that can afflict them range from a cleft palate to a much heightened risk of schizophrenia to cardiovascular issues. There’s no straight line.

A: The human body is a complicated machine. The same genes are recruited for different pathways, and those involved in mental illness may have a role in the development of other organs.

Q: One social change in the past generation, delayed childbearing, has had a notable impact on mental disorders.

A: The older father impact, yes. Having a child later in life is potentially dangerous because, unlike a woman’s eggs, the sperm of older fathers is more likely to have random, de novo, mutations than that of a younger father because cells involved have had that many more divisions and opportunities to mutate, and more likely to cause difficulties for the offspring. That is certainly a contributing factor in the increasing number of autistic children.

Q: You are a supporter of talk therapy because, like drugs, it creates physical change in neural pathways. How does it do that?

A: Well, first, it has to, or how else is it going to work? With brain imaging we can see there are certain areas involved with depression, areas that show improvement either with anti-depression medication or with psychotherapy. Or both. Right now, while we’re having a conversation with one another, we are changing each other’s brains. Psychotherapy is an extended conversation that produces behavioural changes, and you change your behaviour without having a change in your brain. The important thing to stress is that, while people don’t tend to think this, studies show psychotherapy is a biological process.

Q: Your bottom line, then, is that as long as we conceive of mental disorders as biological processes, there is hope of cures or at least alleviation?

A: I think it’s going to happen. Mental health has become a more scientific field, with more approaches, some of which have been studied more systematically—drug therapy more than psychotherapy, though I think you can be cured with psychotherapy. And there’s a very fine line between cure and improvement, but I believe they are going to happen.