How often have you come close to death? 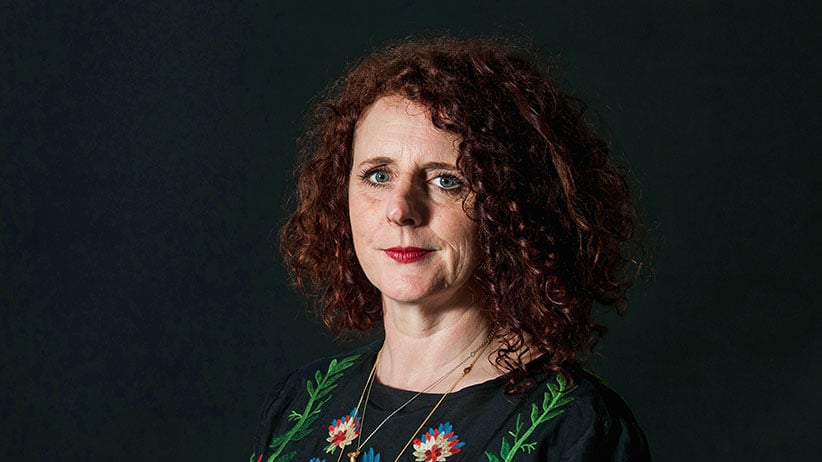 Born in Northern Ireland and raised in Wales and Scotland, Maggie O’Farrell, 45, is the author of seven acclaimed novels and, now, one astonishing memoir, I Am, I Am, I Am: Seventeen Brushes with Death. The exquisitely apt title comes from Sylvia Plath’s novel The Bell Jar: “I took a deep breath and listened to the old brag of my heart. I am. I am. I am.” That’s precisely what O’Farrell is up to in her taut, beautifully written book—celebrating life that goes on after escapes less miraculous than random. A collection of essays following no chronological order and named after the body part most at risk each time—including neck, lungs and cranium, some more than once—I Am sweeps across time and distance. There are terrifying moments in Scotland, Chile and above the Pacific Ocean, and close calls ranging from a childhood bout of encephalitis that left O’Farrell with relatively minor but permanent muscle, nerve and cerebellum damage, to a Caesarean that went so wrong the attending doctors were leaving bloody footprints as they moved about.

The themes, and O’Farrell’s prose, reach a crescendo in the 17th and final chapter, when the focus moves from the writer to her middle child and her life-threatening susceptibility to anaphylactic shock. O’Farrell and her husband, novelist Will Sutcliffe, are out of cell range on Italian back roads when it becomes apparent their daughter—wheezing and clawing at her throat—has somehow come into contact with one of the many substances that can kill her. Suddenly the car comes into range, the satnav snaps into life, the map to the hospital appears. Sutcliffe guns far past the speed limit, the car screeches to a halt at the emergency entrance. O’Farrell runs in, child in her arms, with her own version of John Donne’s “Death, Be Not Proud” running through her mind: “Oh no you don’t. Not now, not here. You’re not getting her, not today, not any time soon. She is, she is, she is.”

There are many themes in your book, including maternal love, but is the main one how thin the membrane is between life and death?

So, you don’t think you’re exceptionally lucky to be alive—or exceptionally unlucky in coming so close to not being alive—because the rest of us have these experiences, too? We just don’t see them. We suppress our awareness.

Perhaps I’ve had more than most people, but certainly less than some. There’s nothing unique about my experiences. We’re all lucky to be alive, aren’t we? From our very conception—one in five pregnancies ends in miscarriage—life is random. And the odds against being our unique selves are what, seven billion to one?

MORE: The rise of the death doula

That brings to mind the “Cranium” chapter, when you bent over to hold a dog’s collar and the wheel arch of a passing van brushed through your hair. That sort of experience, more than your encounters with violent men in Chile and Scotland—the two “Neck” chapters—would be familiar to many.

Something like that is a common recollection for people, when a step or two in the wrong direction could have killed them. It makes you more careful the next time, perhaps.

Perhaps not. There are three “Lungs” chapters. You have had your share of trouble in the ocean and you are still not leery of it at all.

No, no, once I had children I became a lot more careful, really, though it’s not kept me out of the ocean. But more cautious, really.

You name as few people as possible. What was your thinking there?

One of the things that always worried me about writing a memoir was the tax it imposes on friends and family. I love to read memoirs, but sometimes they take your breath away, how exposing they are, not just of the writers but the people around them. The only person who has his real name is my husband, Will. Everybody else, including the children, is unnamed or has a pseudonym.

What stood out there was Jimmy Savile, the media personality lionized for his charitable work on behalf of sick children. After his death in 2011, his rampant sexual abuse of children, often while they were hospitalized, came out. You didn’t name him when recalling his appearance in your hospital room during your encephalitis recovery.

That was slightly different. I didn’t want to name him, type those letters in that order, in a book with my children. It was almost a superstitious thing, like destroying that signed copy of a book Savile gave me, which I came across while writing I Am. I thought if you know who he is, you’ll recognize him and if you don’t, it doesn’t really matter.

Were there other constraints that made you reluctant to craft a memoir? Did you worry about the treachery of memory?

Some, but after the fear of exposing other people, my other issue was how restrictive I find chronological structure. I’m not that wedded to chronology in my novels, because I don’t think that as human beings we are organized in a neat chronological order. It’s not really the way we think. So coming up with the structure of episodic essays, arranged by body part, was liberating. I didn’t have to stick to a kind of “and then this happened and then that” form. Which meant there was an awful lot I could leave out—skip five years, 10 years, and it wouldn’t look as odd as it would have in chronological order. That meant I could omit things and protect people’s privacy. It was also much easier to have my siblings or my parents dip in and out in a way that would have been impossible otherwise.

It was hard, then, to write about your children and your husband in a way not just fair about them but fair to them?

Silences in the book speak volumes. Like the rests in music, the things that aren’t said—the submerged narratives—are as important as the ones you say. The chapters that were about my kids and my husband went back and forth a lot between us. Something else that arose in writing was the idea of ownership of narrative. There are stories in there you could say I own because they happened to me, But a lot of them I don’t own. The final chapter about my daughter I wrote when she was sick. I had to bear in mind the story of her condition is hers to tell if she chooses later in life, not mine. What I could write about was taking care of her, not interpreting what it meant to her. I don’t own that story. She does.

The individual stories move about in time, too. You describe a moment—a man holds a machete to your throat or a riptide pulls you under—and weave your present-day thoughts into the past outcome.

Despite the subtitle, the book is really about life, about one life lived around those moments, and the way I now, at 45, look back on them. I wanted these essays to be like that, to convey the immediacy of what it was like to be five and nearly run over, at the same time as what it’s like to be 45 thinking about it. I approached the writing as a novelist, because that’s what I am, and that’s the way I think about things.

It was very tricky—and brilliantly pulled off—for you to write about the past that way. There were times you had to flick at the encephalitis you had at age eight, because that was the first Great Divide of your life, a clear before-and-after moment that affected many later events, like why you had to have a Caesarean.

I realized for the first time with this book how writing memoir is so different. Fiction has its artistic forms—you make a beginning and an end, you choose exactly what to include—while in a memoir you have to create order out of chaos. Life is messy and you don’t always get the answers to the questions it throws at you. Usually, you don’t. When I listed the experiences I would include, it was only then that I realized how many related back to my illness as a child. I’d never really thought the virus had changed me so fundamentally. But of course, it had, I just wasn’t ready to admit that to myself.

MORE: The doctor who took on death

That does explain a lot. It’s the awareness of these incidents that alter us, not the incidents themselves. What happened to you, to your brain, when you were eight sparked major developments—a certain recklessness arising from the belief you were on borrowed time anyway, and an awareness of mortal fragility probably more intense than most people’s.

The doctors set out two different destinies for me. First of all, that I was going to die—I gathered that from what I overheard—and then, when I didn’t die, that I would never walk again, never hold a pen, always be in a wheelchair. I have always felt I’ve managed to find a loophole escape out of those two futures. My life has been incredibly blessed. I’ve tried to make the most of it.

The “Cerebellum” essay, which contains my favourite lines in the book—“When you are a child no one tells you that you’re going to die. You have to work it out for yourself”—is the 16th and final chapter about you, capping all your other near misses, and immediately preceding “Daughter.” Between those two falls your second Great Divide: motherhood. That was the impetus to writing the book, thinking about your children?

Well, I can’t believe I would have been grappling with ideas of mortality and the fragility of life if I hadn’t been required as a parent to look after a child with additional needs. For an eight-year-old, she’s had a lot more brushes with death than most children. It’s the job of parents to help their children to metabolize whatever difficult experience they’re going through, and give it back to them in a form they can understand. One week she can be in the ICU and the next week in class back at her times tables. How do I reconcile the two sides of her life, help her understand why she is in pain, why she is suffering, why she’s in an ambulance? All I could do was to tell her stories. It highlighted for me as a mother and as a writer the human need for narrative, our urge to transpose our experiences into a story or to hear the story of other people’s experiences, because good stories explain us to ourselves.

Story is the only thing that explains anything.

Especially to a child who is trying to grapple with enormous questions of pain and mortality. It’s to help her understand that all of us have challenges. I’m always saying to her, look at everybody around you—others may not have something as dramatic as anaphylactic shock or as visible as severe eczema, but everybody is struggling with something. The only thing we can all do is to live the biggest and best life we can within the boundaries our challenges set for us.