How the confessional box contributed to sexual abuse

Book review: 'The Dark Box: A Secret History of Confession', by John Cornwell 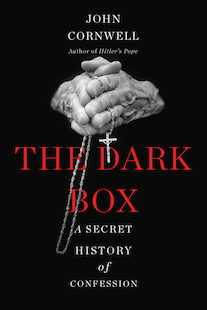 THE DARK BOX: A SECRET HISTORY OF CONFESSION

This slice of Catholic history goes all the way back to the early Middle Ages for a look at what may have caused the preponderance of sexual abuse in the church. Historian and Cambridge University fellow John Cornwell points the finger at the practice of confession, which first became mandatory under Pope Innocent III around 1199 at the time of the Inquisition. Confessors were taught to quiz church members rather than to merely listen to them, and the single greatest obsession was the topic of masturbation, a sin judged more serious than incest, adultery or the rape of a virgin. “The theory of its evils was based on the idea that sperm contained homunculi; to spill human seed was therefore tantamount to homicide.”

For 400 years, penitents were cross-examined in the open by priests who were counselled to ask, “Friend, do you remember when you were young, your rod or virile member ever stood erect? What did you do so that it wouldn’t stand erect?” By the 1500s, it was clear to some that this line of questioning not only risked putting ideas into the heads of the penitents, leading them into sin, but it also likely laid the groundwork for priests to take advantage.

Prior to the invention of the enclosed confessional booth, the priest sat on a chair with the penitent at his feet, making it easy for the confessor to touch the penitent. By 1576, a written report lamented the “great abomination” of priests attempting to satiate their sexual appetites during confession.

Enter the confessional booth, a.k.a. the dark box, a piece of furniture designed by Cardinal Charles Borromeo, with a grille and curtain to separate the priest from the penitent. “The box was meant to bring an end to the scandal of sexual solicitation,” writes Cornwell, but tragically it only increased the incidences. “The Borromeo box, for all its physical barriers, still allowed for whispered pillow talk in the dark: the penitent’s voice and breath up close to the confessor’s ear. Many married woman, suffering from domestic and marital frustrations, became addicted to the atmosphere of crepuscular intimacy.”

Cornwell entered seminary school in the 1950s, but abandoned plans to become a priest after a trusted father propositioned him during confession. These days, one-on-one confession has fallen so out of fashion, writes Cornwell, most dark boxes in churches act as storage containers and broom closets.