How the Hudson's Bay Company shaped Canada's history—and its borders

A new book explores the significant Indigenous influence on HBC's expansion and how, for all its many evils, the company kept vast swaths of Canada from becoming part of the U.S. 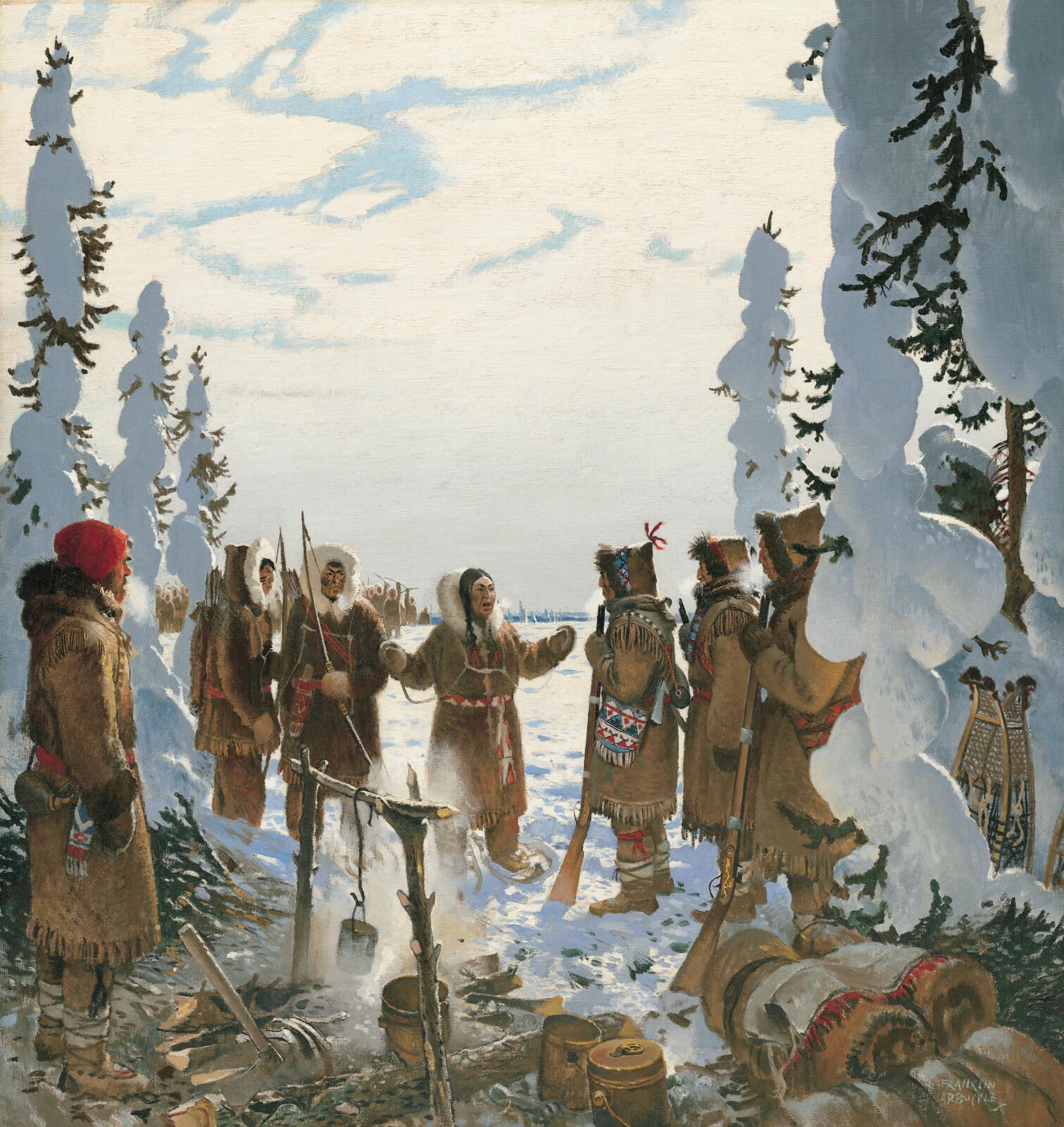 If there ever was a commercial enterprise that Canadians could call simply “the company” with a good chance of being instantly understood by millions of compatriots, it’s the one Stephen Bown writes about in his new book of that name. The 350-year-old Hudson’s Bay Company, after all, is not only one of the main roots of Canada’s Métis population, but its eventual network of posts and relations with Indigenous inhabitants made it perhaps the greatest single reason why Western Canada is not now the northwestern United States. But despite the absurdly grandiose claims of its 1670 founding charter, granting it absolute mercantile power over some 40 per cent of present-day Canada, it began life in a decidedly more modest fashion. For most of its first century and a half, as set out in Bown’s absorbing and nuanced The Company: The Rise and Fall of the Hudson’s Bay Empire, the HBC and its handful of direct employees cautiously hugged the sub-Arctic Atlantic coastline.

From there, they tapped into an already existing First Nations trade network and inadvertently ignited a socio-economic revolution in Indigenous western North America. “The company is often presented as some massive British monopoly that controlled everything,” says Bown in an interview. “And that might have been true in the mid-19th century, but it started with a small cluster of frozen Englishmen evolving into an entity of blended cultures—and blended genetics—with the local Cree. The early HBC was a cultural enterprise as much as a business enterprise and it wouldn’t have succeeded unless it tied into Indigenous societies.”

The marriage of company and clients soon became literal. Although the HBC began by discouraging intermarriage, it didn’t allow European women to live in its forts, either. Human nature being what it is, sexual liaisons were inevitable, but the company was at first surprised by Indigenous marriage offers made to seal alliances—though it soon welcomed them. Like all marriages always, Bown notes, those matches ran the gamut from “mutually loving to mutually exploitive.” Sometimes the English husbands returned home when they completed their tours of duty and their Cree wives returned to their families. But not always—although that was his plan, fur trader Daniel Harmon confided to his diary, when he married his Cree wife, Elizabeth, in 1805, he could not do so 15 years later. “The union that has been formed between us has been cemented. We have wept together over the early departure of several children, and especially, of a beloved son. We have children still living, who are equally precious to us both.” The entire family instead retired to a town in Vermont.

And those marriages naturally produced offspring, like Harmon’s daughter Polly, whose progress in English made for a happier diary entry, although he usually spoke to her and her siblings in Cree and to their mother in French. The children of the fur trade, known as the “country-born” if English and Métis if French, became not only the HBC’s essential workers but an entire people of their own, an ancestral stream to “hundreds of thousands of Canadians,” notes Bown, “a new culture with new variations in languages spoken, new ways of organizing themselves and a different understanding of the world.”

The union, familial and commercial, of English and Cree was propelled by a trade so materially enriching for both sides that each joked about virtually robbing the other. (“The English have no sense,” an Innu Montagnais once mockingly told a French Jesuit. “They give us 20 knives for one beaver skin.”) The Europeans were mad for beavers, not just for their pelts’ use in felt-making—particularly for hats, a crucial status marker in early modern Europe—but for their castoreum, a valuable secretion from their glands that was thought to cure everything from dementia to gout. The best pelts were those that were effectively pretreated by being worn, outer fur facing inwards, by Indigenous people for a winter or two, reaching their peak value just as the wearer was ready to toss away used clothing. What brought the HBC riches—for one 60-year stretch in the 18th century, the annual shareholder dividend never dropped below eight percent—often had little value for those who provided it. And what they received in exchange—metal knives, kettles, needles, guns and gunpowder—launched their commercial empires. 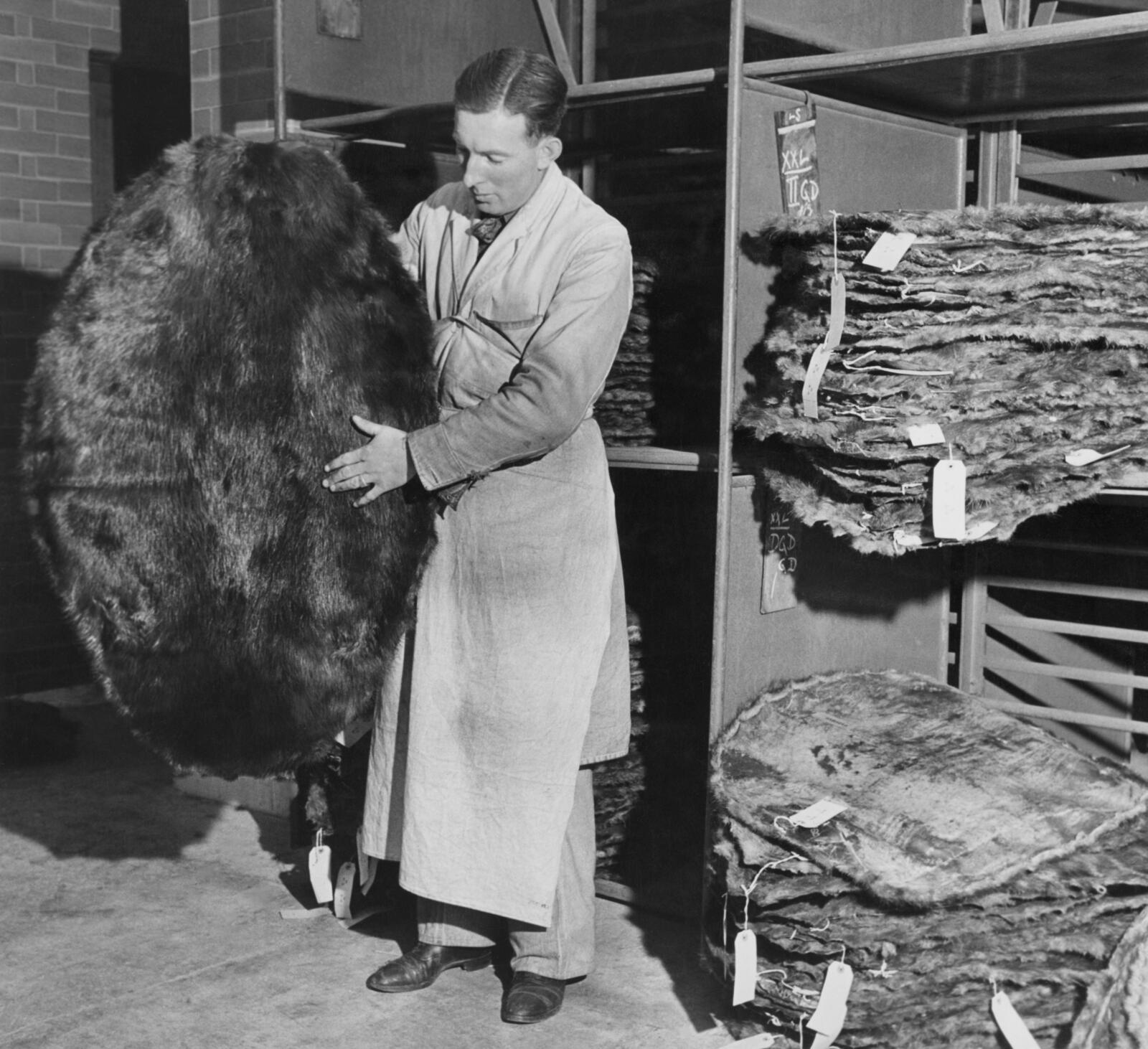 What distinguishes The Company’s popular history is Bown’s highlighting of those dynamic Indigenous polities and, as far as the historical records allow, some key individuals within them. “Previous histories concentrated on the English people who signed contracts in London, when probably a quarter of the story involves people from societies that didn’t keep legal paperwork,” the author says. “They would tell the story of Thanadelthur [and the opening of direct links with her people] as though it was a company expedition, because she wasn’t an HBC employee.” In reality, it was the bold initiative of one of the most remarkable figures in Canadian history.

Thanadelthur was a young Chipewyan woman from a people to the north of the Hudson Bay Cree. The latter called them “the Slaves” because access to European weapons had made the Cree dominant in their traditional enmity, and Chipewyan women were often captured by Cree raiders.

Taken as a slave in 1713 and brought to Cree territory, Thanadelthur soon escaped and made her way, barely alive, to HBC’s York Factory in what is now Manitoba. There she saw the raw source of Cree military power, and shrewdly weighed up the fort’s governor, James Knight, who later described her as having “the Firmest Resolution that I ever see in any Body in my Days [and] an extraordinary Vivacity of Apprehension.” Thanadelthur told Knight about the quality furs—and, crucially, close-to-the-surface deposits of a yellow metal—that he could obtain cheaply by bypassing Cree middlemen and establishing direct trade with the Chipewyans. After noting how Knight’s ears pricked up at mention of what must have been gold or copper, she kept returning to it until she convinced him to send an expedition to her people.

“She led it, she made it work, she brokered a huge deal that went on for generations, she ended up making the company more money than almost anyone else,” says Bown. And probably more important to Thanadelthur, her deal also brought the Chipewyans the guns that halted the Cree encroachment on their territory—and allowed them to start their own commercial empire by acting, like the Cree before them, as brokers to the peoples further to the north and west.

Likewise, Samuel Hearne, one of the most famous explorers in Canadian history, had already turned back twice from his company-sponsored attempts to find the Northwest Passage by land or establish a mining operation along the Coppermine River when he met Matonabee. A Chipewyan adopted as a child by an English factor and his Cree wife, Matonabee was one of the most culturally fluent individuals in 18th-century northern North America and became a significant Chipewyan leader—right up, that is, until 1782, when a successful French attack on Prince of Wales Fort instantly destroyed his status as the man who could broker his people’s access to HBC goods and maintain a profitable long-distance trading network. Matonabee, as Hearne mournfully recorded, hanged himself, “the only Northern Indian who, that I have ever heard, put an end to his own existence,” an event followed by the starvation deaths “of six of his wives and four of his children the same Winter.” But in 1770, Matonabee was nearing the height of his power and influence and was able to lead Hearne on an epic 8,000-km journey through the northwest, something no Englishman could have accomplished on his own.

Hearne never did find either of his objectives, but his travels did help enlighten the company about what was going on in the continent’s turbulent interior. By the mid-18th century, European goods were not only present everywhere but indispensable to daily life, a fact brought home by the story of one of the most engaging characters in The Company, an anonymous tourist from the foothills of the Rockies. In 1766, a young Blackfoot man hitched a ride to Hudson Bay with long-distance Cree traders who had bought his people’s furs at a rate of 50 beaver pelts for one rifle. That certainly interested the HBC, given the rate at York Factory was one gun for 14 beavers, but the visitor was not interested in opening trade—he was a horse-riding meat eater who hadn’t much enjoyed his days in canoes or eating fish. He had come out of curiosity and wanderlust, and all he wanted was a souvenir, a frilly laced hat to take home as a gift for his father, “who would wear it when he rid on horse-back in pursuit of the buffalo.”

The era of Hearne and the Blackfoot was a turning point for the company—Bown discusses the two just pages before a section entitled “Zenith.” But the historical moment when the HBC’s profits and power were about to ascend to their heights under George Simpson, one of the most repellent if significant historical figures in Canadian history, was the same moment when the rough equality between Indigenous and European traders began to tip markedly, and dangerously, in the latter’s direction. The Simpson era, generally featured as a business triumph in earlier histories, is a more fine-grained and melancholy tale in The Company. But Bown is ready to give the devil, even a “racist and misogynist” devil, his due: “What happened in 19th-century Western Canada wasn’t a happy story, but without the company, it would have been an American story.” For good or ill, few elements in Canadian history have been as influential as “the company.”

This article appears in print in the November 2020 issue of Maclean’s magazine with the headline, “How the West was won.” Subscribe to the monthly print magazine here.