How we taught America to love the gun

Book review: Arms: the culture and credo of the gun, by A. J. Somerset 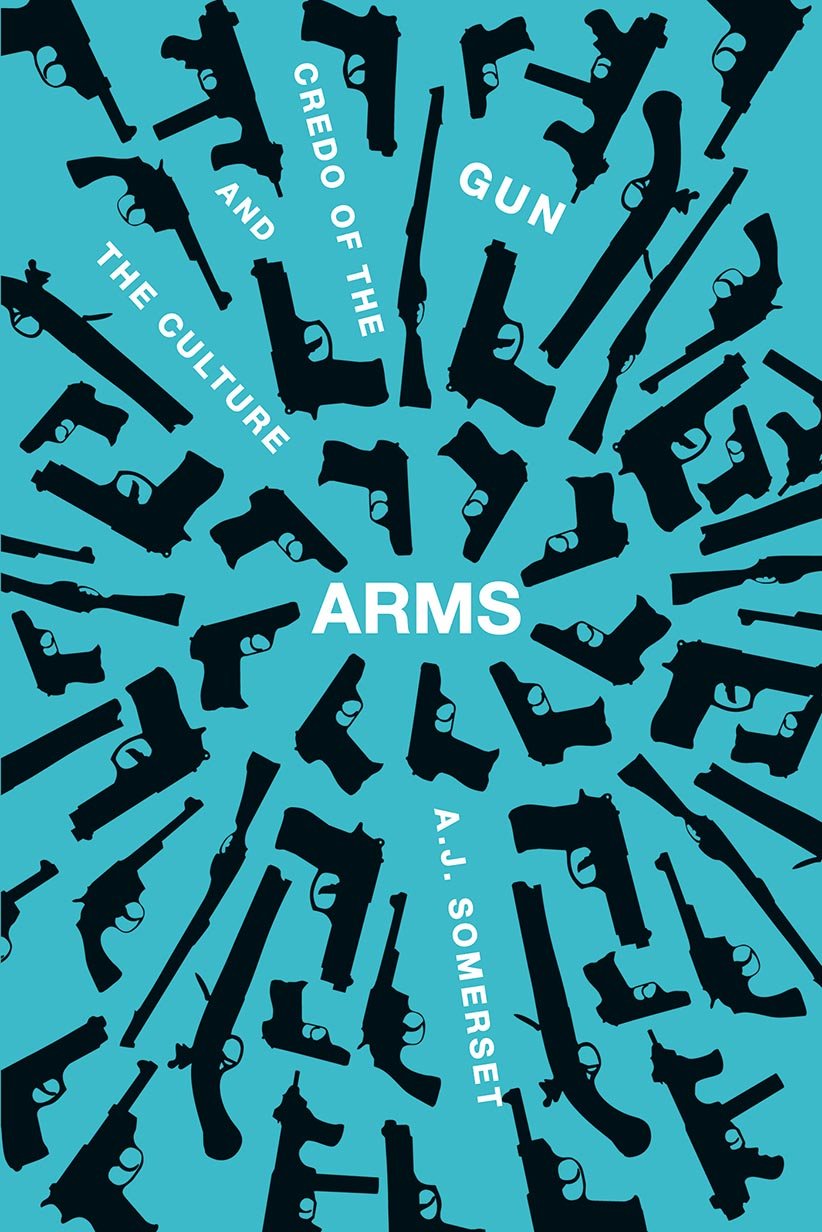 Arms: The Culture and Credit of the Gun by A.J. Somerset.

ARMS: THE CULTURE AND CREDO OF THE GUN

In the late 1860s, Americans had a different kind of gun problem: They weren’t very good shots. Their best marksmen routinely lost in shooting competitions to Englishmen, Germans and Canadians. And to Gen. George Wingate and Col. William C. Church, Union Army officers during the Civil War, this was worse than an embarrassment. The rifle, they knew, was an essential tool of the modern military. The next time trouble came knocking, they’d need a pool of crack shooters to defend the nation.

For inspiration, they looked north, where the federally funded Dominion of Canada Rifle Association had created just such a community, training 45,000 young men in the science of shooting. The Americans sent emissaries to learn from our marksmen, while Canadians helped to guide construction of the first competitive shooting ranges in the U.S. In 1871, Wingate and Church formed their own association “to promote and encourage rifle shooting on a scientific basis,” and thus was born the NRA.

To Somerset, a former Canadian soldier and self-acknowledged gun lover, this is a meaningful moment—a shared starting point from which two gun-loving countries travelled to starkly different destinations. It’s not that Canadian gun control has been all that effective or coherent, he argues. It’s that, at every fork in the road, the U.S. has chosen the path of blood and darkness, producing outcomes no sane person could justify (though, as we know, many try). In this alternative dimension, legislation, court decisions and popular culture have converged to forge a prison from which the most powerful nation in history can’t escape.

Somerset bills his book as a “journey to the wellspring of crazy.” It is, more accurately, a pleasingly acerbic popular history—an equal-opportunity lambasting of everyone from American gun weenies to Canadian cultural nationalists. “L’anti-américanisme,” he writes, is “one of the few traits in the national character that genuinely bridges our two solitudes.” On the public debate over firearms: “We howl; we screech; we throw monkey s–t at each other. This we call politics.”

But there’s insight here, too. Somerset charts America’s drift into gun insanity as a two-front catastrophe, in which fanatical libertarians commandeered the NRA, leading U.S. gun owners to believe that the second amendment of their constitution called on them to defend their freedoms against an overreaching, potentially hostile federal goverment. The courts, meanwhile, gradually extended the second amendment to cover an individual’s right to own guns for self-defence, with the terrifying result of frequently pitting Americans against each other in armed conflict. From the coal strikes of the 1920s, when president Harding sent troops to West Virginia to fight armed miners, to the moment when George Zimmerman claimed self-defence after gunning down an unarmed black teenager, it has too often seemed a country at war against itself.

Somerset has hope that that culture can change, but he’s not holding his breath. For Americans to give up their guns, he says, “the machinery of power” must give up on violence and put stock in its democratic institutions. “Before that happens, if history is any guide,” he laments, “everyone will get a pet unicorn and a whole box of rainbows.”