Humans' capacity for culture is the key to our success, an anthropologist argues 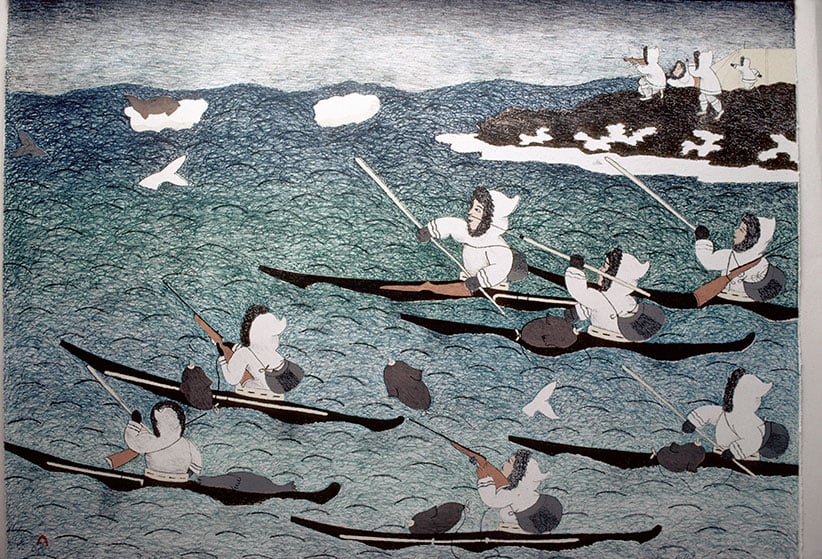 Robert Boyd is Origins Professor at Arizona State University’s School of Human Evolution and Social Change and the co-author of Not By Genes Alone (2005), which sets out his case for what’s known as dual inheritance, the co-equal importance of genes and culture in shaping the human story. Boyd believes most evolutionary theories do not come close to answering the fundamental question in human development: we were just another ape species a few million years ago, he points out, so how did we come to be established in every ecological niche on Earth by 10,000 years ago? Most answers focus on human cognitive power—our genetic endowment of intelligence conquers all. But in A Different Kind of Animal, Boyd argues we are not that smart on our own. Human populations have huge bodies of knowledge individuals could never have figured out: collectively we are much smarter than the sum of our parts. It’s culture—considered, crucially, as a biological trait—that gives humans the ability to learn from each other and solve the vast array of problems that confronted us as we spread across the globe.

Q: It’s an understatement to say evolutionary perspectives differ here, with most focused on genetic developments and not inclined to see culture in a biological way. Yours is a contentious approach?

A: Among people seriously interested in human evolution, there’s been almost two centuries of thinking about physical-genetic matters, how your pelvis should be shaped and your brain respond and stuff like that. And, of course, everyone recognizes we have more complex cognition than other animals—although, when you get down to cases, it’s quite difficult to actually show that. But when it comes to actual behaviour, there are evolutionary psychologists who kind of ignore culture. They are basically like libertarian economists, and they think that people are shaped by evolution to maximize their own every-man-for-himself interests. For them it’s as if humans are kind of chimpanzees with a haircut. And then are human behavioural ecologists—we’re shaped by environment. Another group—Steve Pinker would be the most prominent example—have the idea that all the answers to human social complexity and tools is in our individual psychology, out of which our behaviour flows.

Q: Tempers are cooler than they were a few decades ago, though, when E.O. Wilson first began writing about sociobiology—someone dumped a pitcher of water over his head at a conference. Developments in biology and neuroscience mean scientists are far more willing to drop the notion of human exceptionalism and accept that we’re part of the body of life, that we didn’t escape evolution.

A: That’s right. There’s no ghost in the machine. We’re not angels separate from the rest of creation, only a strikingly different kind of animal. From a scientific point of view, it’s a really interesting question as to why that is, how it works.

Q: Still, you have fundamental disagreements with the groups you described.

A: The idea that there are distinct cultural and biological explanations is a fundamental mistake. There are genetic explanations and cultural explanations all right, but together they make human biology. The evolution of culture is as biological as the evolution of our pelvises. All theories of human behaviour have to explain why we believe what we believe and cultural adaptation—evolving a psychology that drives us to imitate all those around us—is a large part of the answer. I’ve worked in a Fijian village, and the kids who grow up there know a lot about how to make a living on that island, about what social arrangements are appropriate and many other matters that are not anything that could come straight from our individual psychology in any simple way. This knowledge has accumulated in the many thousands of years as people spread across the Pacific and faced different problems. From an evolutionary perspective this is something that’s been mainly ignored until quite recently.

Q: So, although we may have big brains, they’re not big enough to have mastered, on their own, every environmental niche going, which is precisely what humans have done?

A: Yes. What people outside biology often don’t realize is the way other animals adapt to their environments. They don’t get much from their fellow chimpanzees or whatever. Each individual mainly figures out on their own how to be what they are. That’s not completely true—there’s maybe five per cent that comes from other individuals in the population—but there’s strikingly little social learning in other species. A big difference between them and us, the difference that explains why we dominate the planet.

Q: You like to illustrate this with what you call the “lost European explorer’ example—smart people starving or freezing to death (or both) in an environment that has always supported locals. In this country, Arctic explorer Sir John Franklin comes immediately to mind.

A: I used an Australian story for this book, but I wrote an entire paper in which Franklin was the prime example—I’ve got a library of these things. Franklin and his men were on King William Island, where the Inuit name for the main harbour there means “lots of fat,” and these guys still starved to death, froze in the ice right there. They died because Franklin wouldn’t do what Amundsen did decades later—which is consult the Inuit—because Franklin thought they were ignorant savages. Since you’re a Canadian, you probably know hunter-gatherers in the north are probably the most spectacular example of human cultural adaptation: kayaks and caribou-skin clothing and snow houses and seal-oil lamps—it just goes on and on, way beyond the inventive capacity of any individual. At any point, for an Inuit kid growing up, a psychology that says “make the kayak the way your dad did” is a good evolutionary psychology. Franklin’s people had that psychology, too, but it wasn’t good for the entirely different environment where they found themselves and where they died.

Q; The high-latitude innovations were a crucial step in a tropical species like ours spreading across the planet.

A: Sure, but adaptations in the tropics were in some ways equally spectacular, but more subtle. In that Fijian village where I worked, they harvest about 400 species of animals off the reef, and 20 per cent of them are toxic. And they know which ones and how to neutralize the toxins. There’s a tropical adaptation that doesn’t show up as obviously as a kayak, but is just as valuable.

Q: You are arguing that natural selection favours a human psychology that prompts us to instinctively adopt the beliefs and practices of those around us. Why would it favour that?

A: First, that’s exactly right. And it’s because in environments that change relatively slowly but still have swings so big that it’s hard to generate an individual learning system that could cope, it works. The last 10,000 years have been pretty stable, but before that there were climatic swings when the world average temperature would rapidly change from glacial to almost interglacial periods. You could be living in Phoenix one day and your great-grandchildren living in Toronto and then their great-grandchildren back in Phoenix—all without moving—and you have to figure out to survive. It was the kind of environment in which selection would favour a psychology that says “Even though it seems to me I should be doing X, everybody else is doing Y: they must know something.” So our story would be that’s why humans evolved when they did the way they did.

Q: And cultural adaptation is much faster than genetic?

A: Fifty times faster, according to empirical studies. A biologist went through millions of years of fossil-bone records and measured the rate of change over time, and an archeologist did the same with archeological data—pots and stone tools mainly. The rate of change in the morphology of stone tools, pots and a few other things is about 50 times faster than genetic change.

Q: That means humans, whether adapting to change where they are or moving into new environments—say, the Arctic—can master what they need in tools and knowledge in a few centuries rather than a few millennia?

A: In centuries rather than tens of millennia, actually. The typical pace for substantial morphological change in a mammal like us is 10,000 years. Human cultural change time scales are a hundred to a thousand years.

Q: And as long as those environments remain reasonably stable, those norms can hold on seemingly forever. My people can be monogamous or polygamous, and it doesn’t matter—those are our norms. Also, we are particularly inclined to imitate the behaviour of the most socially successful individuals, which sounds like the root of modern celebrity worship.

A: Right. You do what everyone wants you to do that because they all agree, or you emulate what brings the most prestige.

Q: You note the last 10 millennia have been stable, but we are in an era where climate change is destabilizing the environment at speed. Is the psychology that served us so well for so long maybe maladaptive itself right now?

A: Environments are changing so fast there’s no reason to think that our norms in terms of economic growth, fossil fuel use and so on are well adapted to the circumstances we live in. Maybe they were for the last 100,000 years on average, but they’re a problem now.