'Most Black British novelists and poets are not writing directly about racism; they’re channelling their creativity into everything else that we people of the human race experience,' writes Bernardine Evaristo in 'Manifesto' 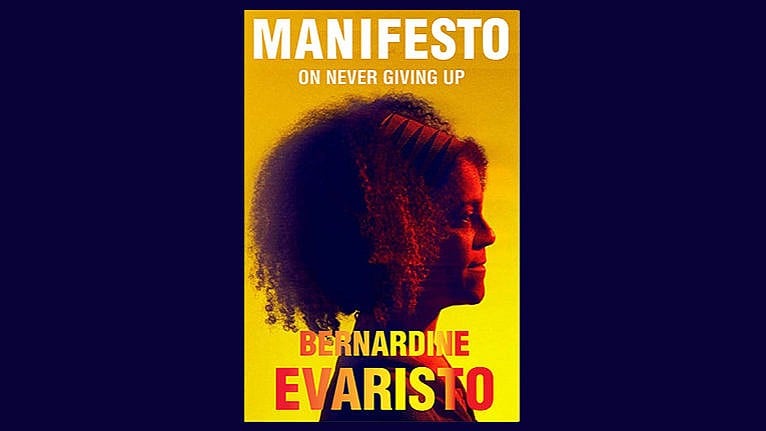 'Manifesto: On Never Giving Up' by Bernardine Evaristo

When her seventh novel, Girl, Woman, Other, won the Booker Prize in 2019, Bernardine Evaristo saw it as belated recognition that she is a British author, as well as a Black British writer. Evaristo, 62, the daughter of an English mother and a Nigerian father, decided to use her new prominence to encourage other Black writers with Manifesto: On Never Giving Up (Grove, Jan. 11), a memoir by turns beguiling and energizing. She writes of personal and social progress from the days her schoolmates refused to accept her as British, and the barriers that still endure for writers of colour. —Brian Bethune

As a writer, my project has been to explore the African diaspora—past, present, real, imagined—from multiple perspectives. I embrace the term “Black writer” because in a racialized society, I think it’s important to be focusing on these narratives. Yet I have been asked, in all seriousness, when I’m going to progress beyond writing about Black people, as if it’s a stage one goes through en route to the next level of human enlightenment.

Absurdly, for some, only white narratives are seen as capable of exploring universality in fiction. It’s perhaps one of the unacknowledged reasons why it’s been so hard for Black writers to get published in the U.K. I have had several head-banging conversations along these lines with people who, in essence, see blackness as inferior to the supposed universality of whiteness, and who admire writers of colour who create white-led narratives, and who are then seen as elevated from the rest of us who “can’t get beyond our race.”

There is also an enduring assumption that when writers of colour in majority white countries create narratives focused on Black or brown lives, they are perceived to be writing about racism. Most Black British novelists and poets are not writing directly about racism; they’re channelling their creativity into everything else that we people of the human race experience. In my own work, racism is sometimes a thread running through characters’ lives—because it’s true to life. But it’s rarely at the heart of my work.

READ: The Esi Edugyan story according to Google

This article appears in print in the January 2022 issue of Maclean’s magazine with the headline, “Writing about the human race.” Subscribe to the monthly print magazine here.