In his RBC Taylor Prize-nominated diary, Ian Brown turned his sharp eye and deft writing to aging and the road ahead 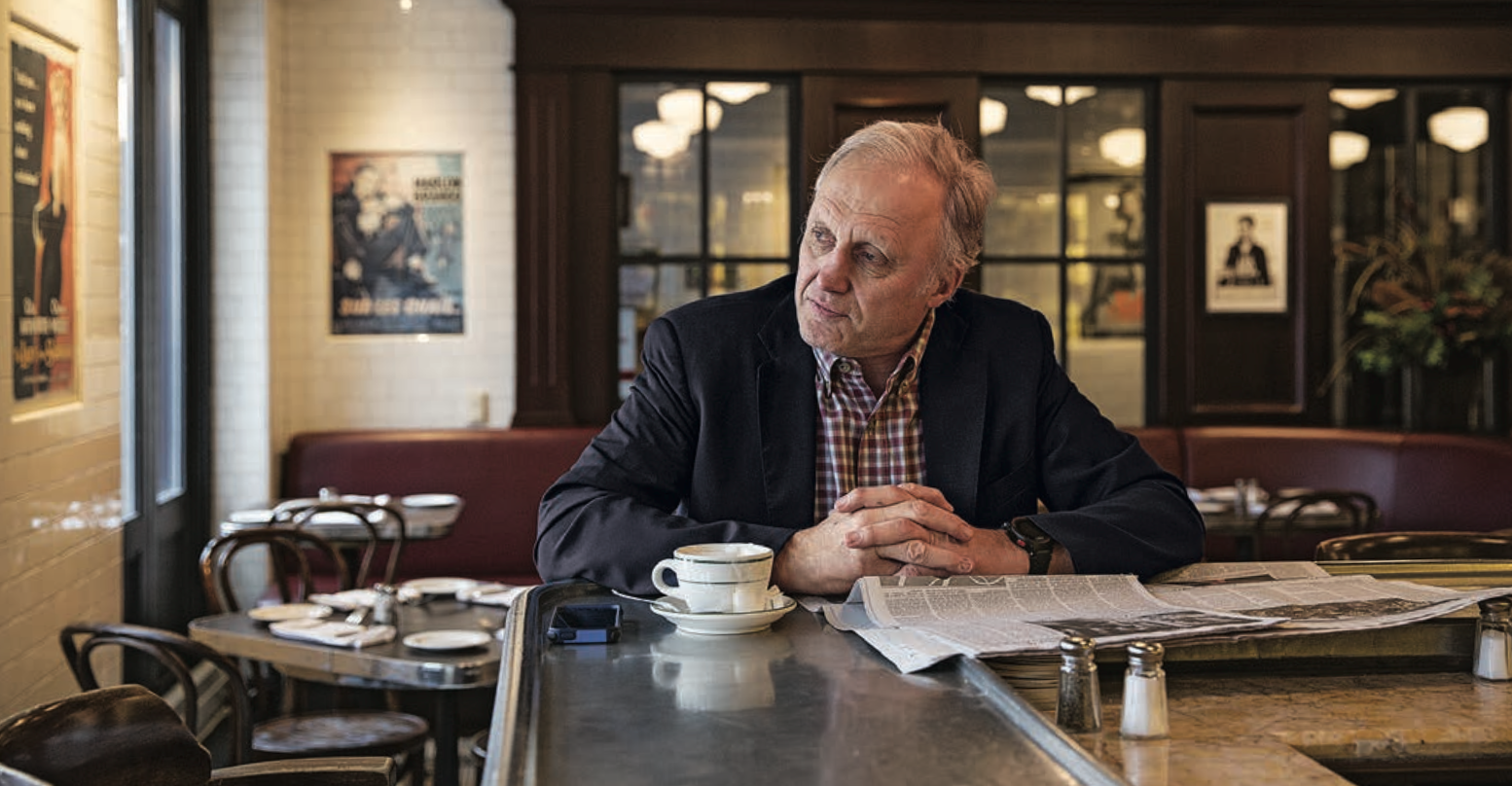 Ian Brown says he missed his opportunity at 50, and he wasn’t about to let it slip away again at the next milestone. So on Feb. 4, 2014, his 60th birthday, Brown—a writer deeply concerned with the passing and meaning of time, with whether we are or even can be conscious of it—started keeping a journal of his 61st year. “You know the theory that the more you know of something, the less you fear it? That turns out not to be true,” laughs Brown. It was an impetus, though. “I was interested in the diary form and obsessed with aging, so I thought I’d combine them,” Brown says. “I wasn’t sure how it would turn out, because it’s very hard to write a compelling diary even when you plan from the start to publish it.”

The nomination of Sixty: The Beginning of the End or the End of the Beginning for the $25,000 RBC Taylor Prize—which Brown won in 2010 for The Boy in the Moon, his affecting portrait of his disabled son—says it turned out well indeed. But Brown doesn’t think his book is over and done with in the way he usually does with completed writing projects. Sixty is about keeping an eye—the eye most of us avert—on the road ahead, so the interesting parts can be noted and recorded. That means it doesn’t feel finished. It might need a sequel, Brown says, only half-joking, “I may follow up at 70.”

The following is an excerpt from Sixty by Ian Brown. Copyright © 2015 Ian Brown. Published by Penguin Random House of Canada Limited. All rights reserved.

It would be unbearable, of course, all these losses—my father, Tecca’s father (he was a good guy), Al’s mother, Cathrin’s aunt, the children growing up and away, the dog aging, our habits crisping into age-hardened rinds—but then I look down the beach and see some kids crouched on the sand by the edge of the sea. That ancient scene, where we got our evolutionary start, where the human race ate oysters and clams and grew a forebrain, the act of discovery enacted over and over again by the water that threw us up onto the world. Those brown bodies against that pale sand and that blue water and that bluer sky: always there, every year, every day, trying to find again what brought us there, what keeps us there, what we leave there.

I felt a bit better. The sea and the kids and the roll of it all, the gulls dipping down into the sand, reeling up, screeching; parents on their cellphones, walking in circles; the small girl with the yellow sweater and her sandals in her hand, staring at the water, hunched over like someone thinking, a statue of a human thinking; and the glisten of the wet sand reflecting the sky and the brown rocks; and the tongue of the sea reaching out to taste us; and the venturing ships so far out on the horizon, bringing us God knows what that we need and don’t need; and Luke, I can see him, crouched Vietnamese-style, knees akimbo, digging in the sand, shaping the sand, shaping whatever he can.

This is what childhood should be: the children safely under the eye of their parents, sitting at the top of the beach, but free to explore, without feeling guilty, down to the water, down to the edge of adventure. It’s only later that the stakes get more serious. The squat military sand fort, low and flat and bomb-proof, of another little boy, and two stout women with old Rockport legs, that quivering, massy, bewildering flesh, admiring it. “Made by Matthew,” written in the sand with a twig beside it. Luke’s orange bathing suit. His blond hair. The young woman with the blithe figure in the green bikini top and the pink bottom—separates, they fetchingly call them. And of course the waves on a continuous break at various levels across the entire mile-long beach, not crash by crash anymore but a constant passage, the sound of time leaking out steadily. The boy who built the fort is wearing a white golf shirt and red and blue board shorts, and is taking two steps and a skip along the beach, two steps and a skip. Don’t we all?

All this goes away. It breaks my heart. But at least I saw this: I knew this. I wonder if I will be able to remember it. I have to draw it, write it, describe it, somehow put it into my hand and my fingers and my brain and my body. Maybe that way I can keep it with me until I don’t need it anymore.