The legendary author penned the book at 22 years old 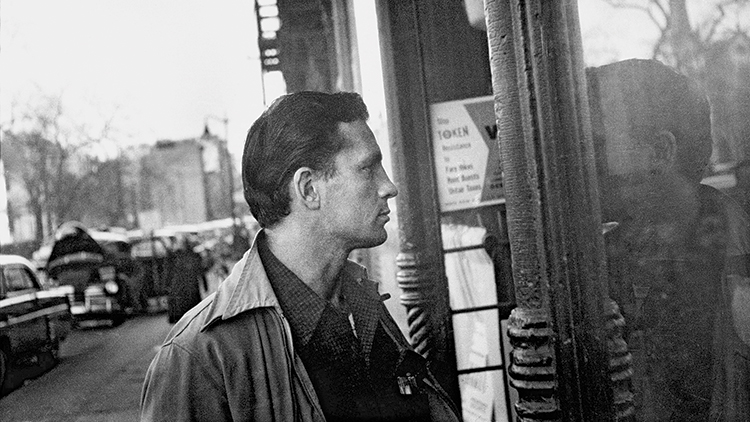 The history of literature is rife with the ghosts of lost manuscripts, from Aristotle’s writings on comedy to Sylvia Plath’s unfinished second novel. Whether destroyed, abandoned or stolen, most remain tantalizing what-ifs. So the publication this spring of Jack Kerouac’s novella The Haunted Life, some 70 years after it vanished, is a rare occasion indeed, encouraging us to reimagine an iconic author who lived in myth-making times.

Kerouac wrote the book in 1944, the year he turned 22 and met future beat generation legends Allen Ginsberg and William S. Burroughs. Back then, he was something of a realist, drawing on what The Haunted Life’s editor, Todd Tietchen, calls Thomas Wolfe’s “lyric regionalism.” The book is more measured than Kerouac’s breathless 1957 classic On the Road, but as with that later work, its protagonist is a stand-in for the author. Peter Martin is a Boston College student who spends the summer of 1941 in fictional Galloway, Mass. (akin to Lowell, where Kerouac grew up). He’s torn between the romantic artist’s life represented by his friend Garabed Tourian and the lure of adventure with the army.

Tourian was inspired by Kerouac’s own friend, Sebastian Sampas, who died as a soldier overseas in March 1944, and whose sister Kerouac would marry in 1966. “In the book,” says Sebastian’s brother John, now Kerouac’s literary executor, “are hauntings of all these friends that he lost because of the war.” Not that there wasn’t danger back home: in August 1944, Kerouac was arrested as an accessory to murder. His friend, Lucien Carr, killed an acquaintance he claimed was making violent sexual advances toward him; Kerouac advised him to dispose of the victim’s glasses. His girlfriend, Edie Parker, would bail him out only if he married her. The couple moved to Michigan, but a month later, Kerouac was back in New York, hiding out from Edie by crashing with Ginsberg at Columbia University.

Looking back on that time in his 1968 autobiographical novel Vanity of Duluoz, Kerouac mentions having “lost the long novel I had been writing in pencil, printed, in a taxicab: never heard from it again.” It would be fitting for the famously peripatetic writer if that had been the case, but the truth was somewhat more domestic.

In 2002, 33 years after Kerouac’s death and the year after On the Road fetched nearly US$2.5 million at auction, John Sampas met with an elderly gentleman from New York who had been willed the 71-page manuscript. The Haunted Life had been found by his partner sometime in the mid 40s when he was a student at Columbia, on the top shelf of a dorm room’s closet. Sampas speculates that it was Ginsberg’s old room, from which Kerouac was banished in March 1945 when a dean, alerted to the obscene graffiti that Ginsberg had scrawled on his window, discovered the two sleeping in the same bed. According to Sampas, Kerouac was “persona non grata” at the time because of the murder, and would have left in a hurry.

Tietchen, a professor of English at the University of Massachusetts at Lowell, believes The Haunted Life (whose manuscript sold for US$95,000) was intended to be part one of a three-part book. Kerouac would never try to rewrite it, instead recasting Peter Martin in his first published novel, The Town and the City (1950). Its publication now is revelatory. For Tietchen, The Haunted Life shows how Kerouac’s beat-era concerns, later elaborated in On the Road and other works, “are rooted in American concerns of the 1930s and ’40s,” including work, social responsibility and patriotism. What’s more, he says, it’s “one more piece of the mosaic” of an epic body of work best understood as a whole.

Perhaps if we could read Shakespeare’s lost play Cardenio, or Herman Melville’s The Isle of the Cross (lost by a publishing house), or anything Ernest Hemingway wrote before 1922 (all stolen from his first wife’s luggage), our views on these writers, and on literature itself, might change. In our age of cloud storage, we are still inspired by resurrections like this one, “out of nowhere,” as Sampas puts it. “It’s really quite a romantic story.”