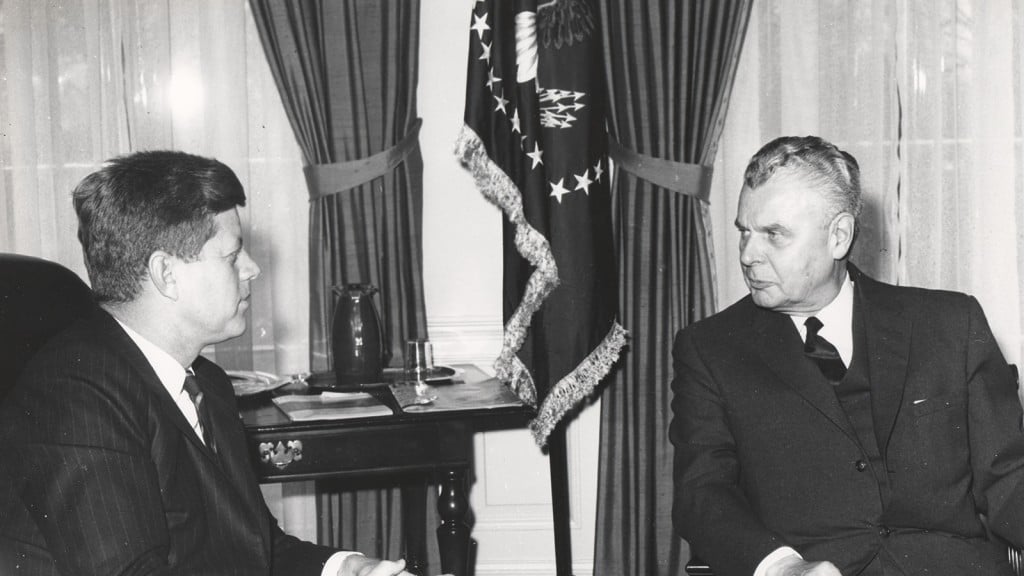 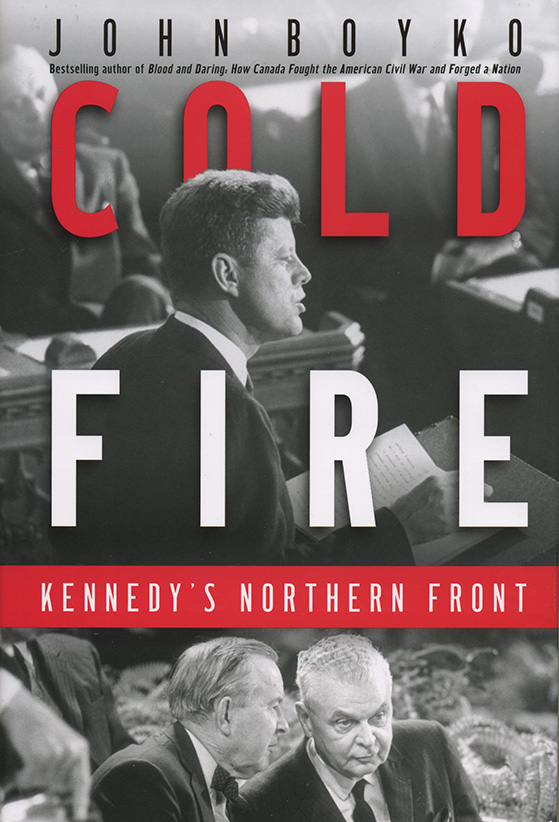 They were an unlikely trio: John Diefenbaker, the fiery and frequently unhinged Conservative prime minister who frittered away his majority; his Liberal party nemesis, Lester “Mike” Pearson, a Nobel Peace Prize winner and a diplomat turned politician; and the charismatic John F. Kennedy, the first television American president, remembered today more because he was assassinated in 1963 at the age of 46 than for how his administration was forced to deal with one crisis after another. The three leaders and their often tumultuous interactions—especially those between JFK and Diefenbaker, who truly detested each other— when the Cold War was at its most tense period are at the focus of the latest engaging popular history by Ontario author (and sometimes Maclean’s contributor) John Boyko.

Soviet expansion in Eastern Europe, along with the construction of the Berlin Wall and then the brazen attempt to install missiles in Cuba in 1962, pushed the world to the brink of nuclear conflict. Under severe pressure, Kennedy was authoritarian; he expected Canadian politicians to salute smartly and follow his lead. Diefenbaker, however, took pride in his government’s positive nationalistic policies and was not about to be pushed around by a president he regarded as a “young pup” (it didn’t help that Kennedy mispronounced the PM’s name as “Deefunbawker”). Hence the personal animosity between the two that characterized U.S.-Canadian relations, most notably over Dief’s dithering to arm Canada’s Bomarc missiles with nuclear warheads. Following an uneasy meeting with Diefenbaker at the White House in February 1961, JFK told his brother, Robert, “I don’t want to see that boring son-of-a-bitch again.” In fact, they met again in Ottawa in mid-May for yet another awkward encounter.

No one was more delighted than Kennedy when the affable Pearson and the Liberals defeated Diefenbaker and the Conservatives in the federal election of April 1963, an outcome that the president had sought to influence. The new Liberal government’s foreign policy quickly fell into line with American wishes, though disputes about divergent economic issues did arise, annoying both JFK and Pearson.

On that 1961 trip JFK made to Ottawa, Diefenbaker insisted that Kennedy plant a tree, as was customary for visiting dignitaries. In doing so, the president reinjured his back and was forced to wear a brace. Two-and-a- half years later, on Nov. 22, 1963, when JFK was in Dallas, the brace prevented him from bending or kneeling to avoid the bullet that killed him. Boyko relates this story in his book. Yet to suggest, as he also does, that Diefenbaker was somehow to blame for Kennedy’s ongoing health problems and thus indirectly responsible for what happened in Dallas is a real stretch.

Still, Cold Fire is a well-researched political page-turner featuring penetrating portraits of the key players, behind-the-scenes manoeuvring, and backbiting comments. Boyko also shows, as others have, that in the most anxious days of the Cold War, Canada was one of America’s most trusted allies, yet Canadian leaders could not be pushed around or taken for granted.