Kim Thúy on how 'refugee literature' differs from immigrant literature

The Governor General’s Award–winning author of the novels 'Ru', 'Mãn' and now 'Vi' is still unpacking her own experience: 'In a refugee camp, you live outside of time.' 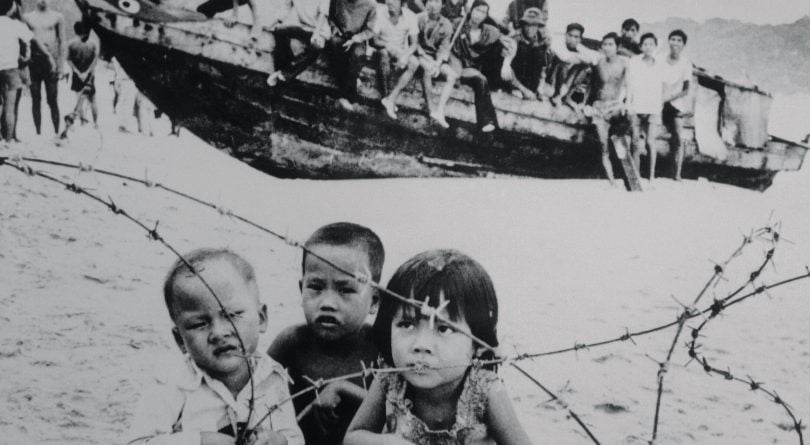 For almost a decade, Montreal author Kim Thúy, 49, has been writing the same-yet-entirely-different story of a Vietnamese diaspora everywoman, using the events of her own life as a lens to reflect the modern history of an entire nation. Despite the exact parallels to Thúy’s life, that’s not her in Ru, which came out in its original French in 2009, won the French-language Governor General’s award the next year and was shortlisted, in English translation, for the Scotiabank Giller Prize in 2012. And it’s not Thúy in her new novel, Vi.

Terse in title—only one of Thúy’s three novels, 2014’s Mãn, stretches to even three letters in its name—and in content, hypnotic but distant in tone, meandering in and out of time, Thúy’s fiction once prompted a Giller jury to praise Ru for “reinventing the immigrant story.” Except that’s not what Thúy did—it’s taken years and a tidal wave of refugees washing up on shores around the world to make it clear she doesn’t write immigrant literature. Thúy, who came to Canada at age 10 as one of the thousands of boat people to flee South Vietnam after the fall of Saigon, writes refugee literature.

REVIEW: Mãn alive: A novel of food, fulfillment and family in Vietnam

“Refugee and immigrant are very different,” she says in an interview. “A refugee is someone ejected from his or her past, who has no future, whose present is totally empty of meaning. In a refugee camp, you live outside of time—you don’t know when you’re going to eat, let alone when you’re going to get out of there. And you’re also outside of space because the camp is no man’s land. To be a human being you have to be part of something. The first time that we got an ofﬁcial piece of paper from Canada, my whole family stared at it—until then, we were stateless, part of nothing.”

The Thúy family experience forms the spine of her work, even though, in the writer’s retelling, the first stage was as painless as circumstances allowed: a fast voyage in good weather from Vietnam to the camp in Malaysia, with no pirates encountered—a shorthand way of saying no theft, murders or rapes along the way—and a relatively brief stay before being accepted by Canada. Other Vietnamese refugees were not as fortunate, and their experiences also colour Vi.

There are accounts of suicides and the story of one woman who survived a horrific voyage only to die in the refugee camp when a falling coconut struck her head. “It’s a true story, which it had to be, since it’s impossible to imagine,” says Thúy, who corroborated it by tracking down the Quebecer, part of the Canadian delegation to the camp, who had tried to help the woman. “In the many accounts the camp refugees wrote about their fears, one of the top three was falling coconuts, because they didn’t have proper roofs.”

MORE: Giller Prize nominee Kim Thúy on the fragility and power of books

For Thúy, such stories demand to be recorded. “Every migrant has a story,” she says. “And after every book, when I think maybe I’ve said it all, I meet really interesting people and I don’t know how to not share their portraits with others. I tell them to my friends, my husband, to anyone willing to listen to me. I write them; I can’t not.” That sense of being controlled by her material is a constant for Thúy. She couldn’t write the ending she wanted for Vi, an intricate construction involving multiple generations and a two-year coma, because the book, an independent entity, “ejected” her from it.

Similarly, she shrugs over the close resemblance in the names of her title character and Vi’s lover Vincent, in a novel—indeed, an entire oeuvre—in which names evoke the themes. “I didn’t notice until a reader mentioned it to me. Funny, eh? Most of the time I don’t know what I’m doing.” (Readers of Vi are not likely to believe that when they consider the relationship between Xuân and Hà, two women whose names translate to “spring” and “river,” and how they bring to mind the title of Ru, which recalls the French word for a small stream, ruisseau.)

As Thúy and, as she describes it, her independent-minded novel presumably realized, the abrupt and mysterious non-ending (so to speak) is actually one of Vi’s most powerful moments. It also leaves thematic room for the writer’s exploration of the other major gulf between refugee and immigrant experience—the return.

Vi, a lawyer, settles in Hanoi after Vietnam opens itself up to international agencies and foreign trade. But bathed in the bitter memories of the adults who had fled a generation before, she warily frequents only the same 15 streets and six addresses as most of the other expats. It takes Vincent, a Frenchman who is no more a stranger in a strange land than Vi—whose Vietnamese is “marked by exile and trapped in an antiquated reality”—to show her that her native land had evolved and changed as much as she had. “I was a refugee 10-year-old the first time I was in Malaysia,” recalls Thúy, “and the next time I went there I was an emissary of Canada, travelling with the Governor General. One person’s lifetime, eh?”