M.G. Vassanji travels back to Tanzania 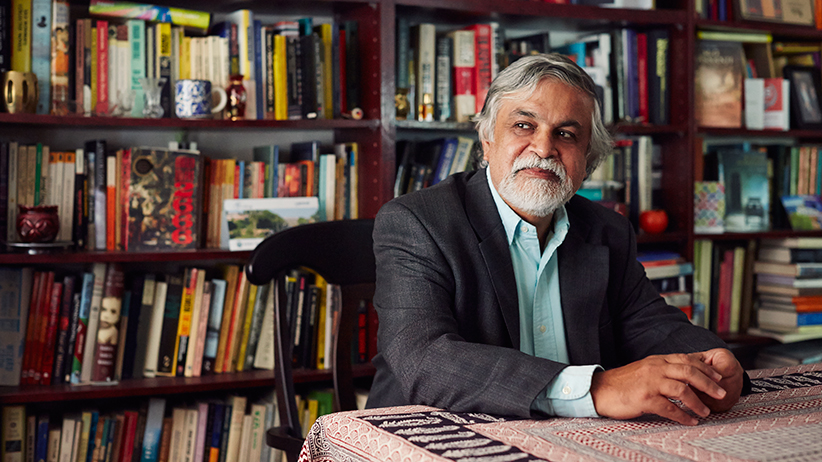 Not long ago, at the airport in Dar es Salaam, M.G. Vassanji was questioned by a Tanzanian immigration official. When the acclaimed novelist answered in Swahili, the official asked why a Canadian passport holder spoke the dominant language of East Africa. “Uhuru Street,” Vassanji replied, naming the street in the neighbourhood of Dar, where he spent much of his childhood. He pronounced the word in proper Swahili, which had come to him “as readily as the taste of a much loved fruit: a mango, say, or a jackfruit.” The official was satisfied. “He stamped my passport. I was back.”

Readers of Vassanji’s fiction will recognize the terrain, including Uhuru Street itself, the title and setting of an early novel by the two-time Giller winner. But with his compelling new book, he is on the road again, travelling through burgeoning African towns and complex African histories.

Vassanji’s previous non-fiction, A Place Within, took him all the way back to India, land of his ancestors. And Home Was Kariakoo is about his actual home of 11 years, and his identity as an East African Indian, born in Nairobi but raised, from age eight, in the Tanzanian city known locally as Bongo. Those connections are even more primordial, in particular, to that Dar neighbourhood, the “aorta of my imagination.”

“It’s a part of me that I’m trying to come to terms with,” he says. “That is who I am, what I am.” He is discussing the book at his home in midtown Toronto, where he has lived for the past 36 years, since not long after leaving Dar for university in the United States. India, East Africa, Canada—a “fractured being and an in-between-ness” is Vassanji’s own reality, the source of his need to both experience the various places that shaped him and monitor his responses.

And Home Was Kariakoo offers an insider’s experience of East Africa, empathetic and informed. Vassanji is dismayed by how often the continent is portrayed as a basket case of “war, disease and hunger.” He is no less agitated by the glibness of influential literary travellers through the region, such as V.S. Naipaul and Paul Theroux, who critique and dismiss without, in a sense, being qualified. “They don’t know the language,” he says, “and so cannot get the nuance. They just start judging.” His own impulse is the opposite. “I want to write as someone who’s from there, who knows and loves the place, and show it to be alive, teeming with life.”

Vassanji’s East Africa is indeed bursting, and he delights in moving from town to town in Tanzania and Kenya, recording that teeming life. He is equally attentive to the histories—of the slave trade and colonialism, the post-independence politics that drove so many Indians into exile—that lie beneath, as neglected as the ruins on Kilwa Island, a legendary city in its glory six centuries ago.

All of this Vassanji contemplates in clean, unfussy prose. He probes connections between past and present—and isn’t sentimental about either. His intellect is most comfortable when outwardly directed, and he doesn’t glance away from upsetting evolutions, including the diminishment of the once-vital Indian presence. Only about private matters is he reluctant. Those pivotal years in Kariakoo are surprisingly under-explored; when he does write about them, he is terse, rather than evocative, alluding to “the despair of a single mother on the brink of breakdown” and “harrowing moments from a deprived childhood.” The book is not that kind of memoir.

Vassanji’s appetite for unfussy travel is, in contrast, boundless. A map at the front helps to track his movements. Though now in his early 60s, he still prefers public bus rides and modest hotels, chai shops and kebab stalls. And Home Was Kariakoo is a feast of Indian street foods, the chapatis and sweet bhajis, beloved by its author. “You meet people,” he says of ground-level travel. “You hear how they talk, their accents. This is life. Otherwise, you’re not part of the place.”

Be sure of one thing: M.G. Vassanji, four decades removed, remains passionately of East Africa. His companion, he admits, twice told him they’d travelled enough, and needed to stop. He wasn’t so sure. “I felt I could go on forever,” he says. “I could just keep going.”