Meeting Waterloo, and conquering it 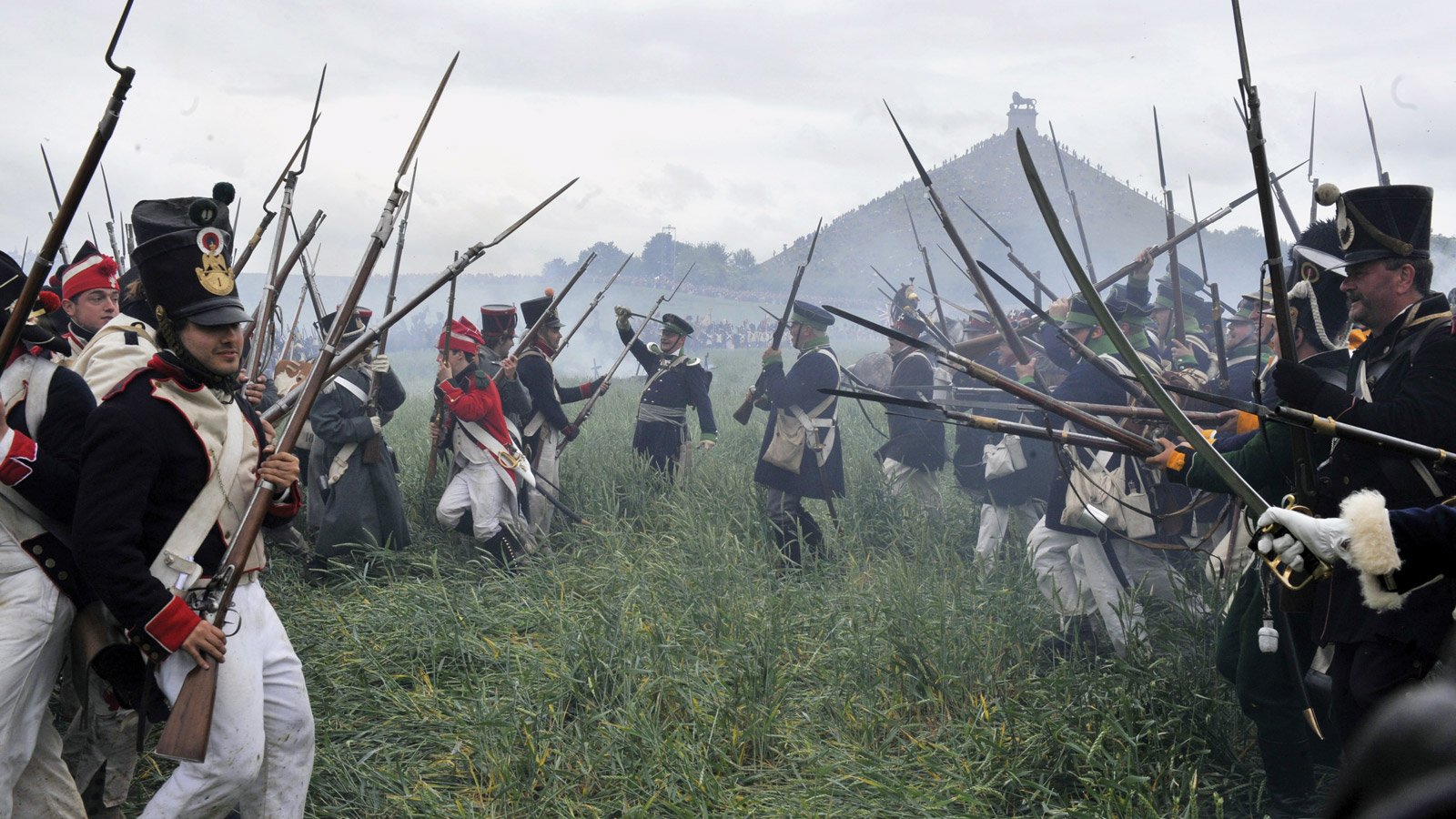 Never again, is Bernard Cornwell’s sober judgment of Waterloo: The True Story of Four Days, Three Armies and Three Battles, his first non-fiction book after more than 50 novels. Arguably Britain’s most popular and prolific historical novelist, Cornwell, 70, says he prefers his usual process of casting his “little story” against the “big story”—that is, fitting the actions of fictional characters into the events on record. Waterloo demanded the opposite. “Here the whole plot line was set out—the difficulty was choosing which real voices to highlight.”

Not that the historical record, as drawn from his own extraordinary life, hasn’t infused Cornwell’s “little” stories before. The child of a wartime liaison between a married Englishwoman and a Canadian airman, he was given up for adoption and raised by members of the Peculiar People, a strict Christian sect who abhorred war, earthly pleasures and medicine. Years later, long out of the sect and marooned in the U.S. without a work permit after he married an American woman, Cornwell started writing his now iconic Sharpe series, set against the backdrop of the Napoleonic Wars—and, on promotional visits to Canada, looking for his father.

Cornwell found William Oughtred in Victoria 12 years ago, a couple of years before his death. “I liked him enormously,” recalls Cornwell, “although I can tell you it’s a strange experience to meet seven half-siblings at age 58.” His father’s surname fascinated the history-conscious author. It could be traced back to the sixth century, to one of the main Saxon invaders of northern England. Cornwell’s newly unveiled family story gave him the main character—Uthred—and the storyline for his new series, the Saxon Stories.

So it really wasn’t that much of a stretch, despite the author’s protestations, for a superb storyteller—Cornwell somehow manages to inject suspense into one of history’s best-known battles—to recast his small story against the larger canvas. Larger-than-life characters helped, including the principals: Napoleon, Wellington and the Prussian general Blücher, a man prone (though not at Waterloo) to the delusion he was pregnant with an elephant fathered by a French infantryman.

And so, too, did the romance Waterloo has come to possess as it approaches its bicentennial in 2015, says Cornwell, “now that the ghosts have gone.” It’s a romance rooted in the Boy’s-Own mentality that flourished amid the carnage—the insane risks men took to capture enemy standards or to defend their own—and the way soldiers still went to war dressed as peacocks. Royal Scots lieutenant John Black—who did his level best to decimate them—wrote his father after the battle that the French cavalry, in their shining breastplates and plumed helmets, were “the most beautiful troops in the world.”

It was the survival of so many voices from the lower ranks that made Cornwell’s book possible. Waterloo, in fact, fits into a sweet spot in military history, remote enough for the bloodshed to have been bleached away by time, recent enough to have the records Cornwell craved: “What it was like for the guys in all the armies; what they were thinking, feeling, experiencing.” So Cornwell could lace his account with a Dutch officer shielding two captured French officers after they “showed me certain Masonic signs”; a British cavalryman, wounded in a dozen places and plundered, mid-battle, “of my watch, money, canteen, haversack and trousers”; and even a teenaged Prussian who triumphantly wrote home, “Tell my sister I didn’t poop my pants!”

And many other tales with far sadder outcomes. There is no accurate count of how many died at Waterloo, but they weren’t all men. Troops hurrying from one battlefield to another found, one wrote, “a fine boy, two or three years of age,” by the side of his dead mother—one of the regimental wives who had “won” the British army lottery that customarily allowed some to accompany their husbands abroad. The soldiers took turns carrying him until they caught up with the other wives. As Wellington, who burst into tears when he received the casualty lists, later said, save for a battle lost, “nothing can be half so melancholy as a battle won.”