Miriam Toews takes on the dark side of Mennonite communities 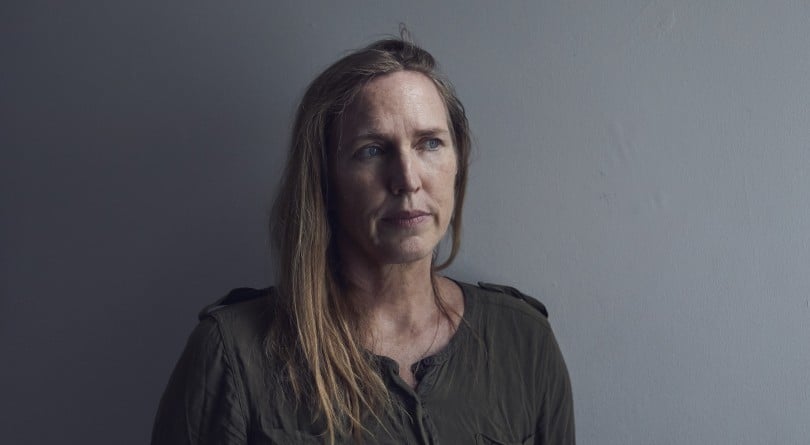 In 2011, Miriam Toews had just published her fifth novel, Irma Voth, when news broke of the horrific events in Manitoba Colony, an isolated Mennonite community in Bolivia named for the place from which the founders had emigrated a century earlier. The rebellious teenaged title character in Toews’s novel struggled with existential questions of duty, submission and self-determination, but even her authoritarian surroundings paled beside the Bolivian situation.

Between 2005 and 2009, a group of men—seven eventually went on trial—regularly used an anaesthetic developed by a local Mennonite veterinarian to gas entire households into unconsciousness. They would then enter the homes and rape the girls and women. Hundreds of females, from three-year-olds to the elderly, would wake up in pain, bruised, bleeding and sometimes pregnant. Until two perpetrators were caught entering a victim’s house, the colony elders attributed the assaults to demons or ghosts, or God’s punishment for sins, or the women’s own imagination.

Toews, 54, born and raised in the Mennonite town of Steinbach, Man., is one of the ﬁnest novelists in Canada. She’s known as much for her humour—there is some, astonishing and liberating, even in Women Talking, her new, fictional response to the Bolivian events—as for her exploration of individual agency and conscience within closed societies. And the theme of suicide: Toews’s father and sister both took their own lives, something explored to brilliant effect in her prize-winning 2014 novel All My Puny Sorrows. What she has achieved in Women Talking is a mesmerizing story at once distant to her life and intimate—Ona, the extraordinary character at its heart, has lost a sister and her father to suicide. It’s perhaps her finest work yet.

Q: Is there a direct relationship between Irma Voth and Women Talking?

A: No, not really. I mean, Irma is set in a Mennonite colony in Mexico, while the colony in Women Talking was inspired by true events that happened in Bolivia, although the setting is undetermined in the novel. So the experience I had living in that colony in Mexico certainly did lend itself to the writing of Women Talking. I started thinking about the women’s lives in these colonies long before I heard about Bolivia. I grew up in a very—if not the most—conservative Mennonite community in Canada. But it’s still different than a colony.

Q: Yes, you were still part of the modern world, at least in the sense of technology, cars, etc.

A: Sort of. We did drive about in cars, though, that part is true.

Q: When did you first hear about the events in Bolivia? Were you still writing Irma Voth?

A: I’m trying to remember now if there were rumours in the larger Mennonite community or not by then. I don’t think so. I think I first heard about the attacks on the news in 2011, which is when Irma came out, not while I was writing it.

Q: How did Women Talking take shape in your mind? What really mattered to you from the background story?

A: After reading about the attacks . . . I wanted to know, I wanted to understand, I wanted to just think about what the women would do now. How would they live through this? How would they respond, what would they do with their pain, their anger? What happens to their faith, how do they keep their faith? What questions would they have? And what response would they give? These are such closed communities; the girls and women for the most part never leave the colony. I mean, they do leave the colony at some points, but they’re not out of it doing business like the men. So the story had to be contained in a way that fit those facts, and I like the idea of just listening to people talking.

Q: A lot of the factual detail comes directly from news reports, including the elders’ declaration, when they first heard of the assaults, that the women had fallen victim to their “wild female imagination,” and, once the facts were established, that victims had no need of therapy because they were unconscious at the time. But you venture beyond the straight-up rapes in those reports into wider areas of the women’s lives. There’s Mariche’s spousal abuse, and the incest question around Nettie, who may actually have been raped and impregnated by her twin brother. The women face the wife-beating head on, but touch lightly on the incest. Why?

A: I had to mention the instances of incest—and this is known to be higher in these colonies and in Mennonite communities in general—but it wasn’t the main focus of my writing. I thought I would somehow—as you say, with Nettie—just point out the implication, which is the near acceptance of it. Perhaps the Mennonites themselves in these colonies wouldn’t think of it as something perverse or transgressive or immoral but just simply a “you know, it happens” thing.

Q: That’s what Bishop Peters, the head of the colony, says about the rapes themselves: “What do you expect?”

Q: From the opening words of a novel called Women Talking, the first character readers encounter is a man, the only male to make more than a cursory appearance. Could you talk about the importance of August to your story?

A: Ah, that’s a good question, and I wonder about it myself. Part of it was the necessary structure of the book. The girls and women in these communities are not literate, they don’t read and write. And for some reason… I wish I had a more solid answer. Maybe it’s part of the mystique of writing even for the author, about how these things come to be in your work. But August just seemed a natural narrator for the story, a guy who had been out of the community and come back, who could interpret sympathetically what was going on and what the women were saying about it, take notes and read them to women who weren’t present, someone with something of an outside point of view. He’s the colony teacher and knows English as well as the colony’s [Low German] and could use the language that I thought was necessary.

Q: The women circle around, then narrow in on their options: stay or go. Packing up and leaving, fleeing persecution, is the Mennonite way, thus their default option. But they have to face a lot of fear about a world of which they know nothing, and the prospect of leaving loved ones, even though no one objects when Ona gently points out that “several of the people we love are people we also fear.” It is not easy for them to come to a decision.

A: Absolutely, and would their fear be greater if they actually knew what was out there in the world? I don’t know. But yeah, the danger in the community itself is clear. And of course they talk about all these things. The three things they want—to protect their children, to keep their faith and to think for themselves—all point to leaving. Migration goes on all the time everywhere, and it’s so often a question of the danger here, the danger there, which is greater? It’s a fascinating question to me and I guess for Mennonites in general, given how constantly they’ve been on the move because of persecution.

Q: Pacifists don’t have a lot of choice in that regard.

A: True. They’d no longer be upholding one of the central tenets of Mennonitism if they were to say, “No, we’re going to stay and ﬁght.”

Q: And Salome really means fight, with scythes. This is not a theological or political argument for her.

A: Yeah, she has a bit of a tenuous connection to the idea of being a Mennonite, especially a Mennonite woman.

Q: For all their initial, surface calm—well, putting Salome aside—the eight women are masking a lot of pain and some horrific damage, and not just to them. It eventually emerges that one has a three-year-old daughter who now has an STD; Nettie refuses to talk to anyone except children; Ona and Salome, sisters, have lost their other sister to suicide. And their thinking keeps growing in scope. There are no innocent men in the colony, says Ona at one point, because none stopped the rapists. Authority is evil, she adds, because it makes people cruel. Are all these thoughts echoes of you working through this yourself?

Q: As well as her sister, Ona’s father killed himself, clear parallels with your own life. The sister’s motive seems clear, but the novel gives no reason for the father’s suicide, which took place sometime before the rapists were exposed, though perhaps while the rapes were going on. Why is that?

A: I guess the meaning of that for me was that an honest person, a person who hadn’t been completely indoctrinated or hadn’t been completely forced into groupthink and submission, would almost necessarily need to kill themselves. That’s not exactly what I mean, not so strongly or directly, but you know in my life I have had all sorts of ideas and thoughts about suicide and what it means. And of course August is suicidal. August reminds me a lot of my own father, who was a teacher, so that was me kind of playing with that idea of how do you keep your soul alive in a community like that? How do you express yourself as an individual? Particularly girls and women, but also men, when you’re constantly being told that you are a sinner and unworthy and you have to continually submit your will to others. And that’s when I started thinking about the idea of suicide here, that’s how I was thinking when I came to the father.

Q: Ona is doing her best to keep August alive.

A: Yes, yes. That’s really the reason why she told him, “We need you to take these minutes.”

Q: It is never raised, by August or by the women, that he should go with them should they leave. I’m worried about him—in my post-novel imagination, Mariche’s thuggish husband Klaas is going to come back from the city and beat him to a pulp.