More than just Game of Thrones: The big reads coming in 2017

George R.R. Martin promises to wrap up his epic saga, while plenty of other heavyweights are set to dominate the publishing world in 2017 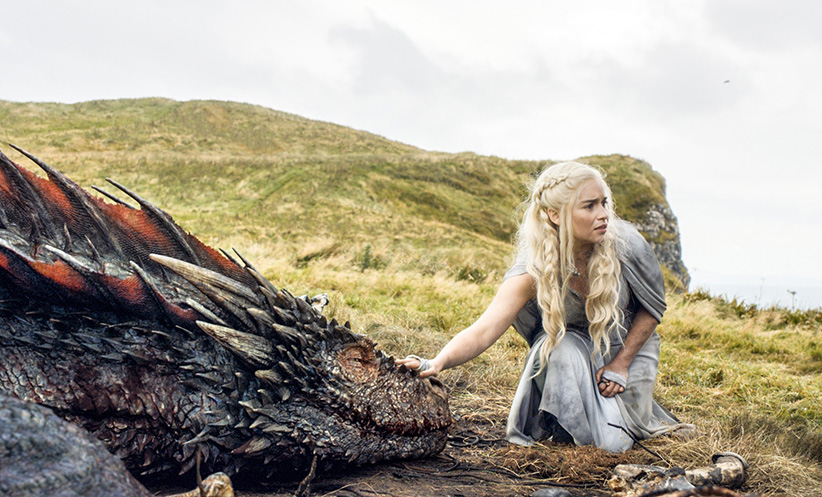 A still from the hit HBO series Game of Thrones. George R.R. Martin is expected to add a sixth Game of Thrones books to his series in 2017. (HBO/Everett Collection)

George R.R. Martin did not, as it turned out, dominate bestseller lists this year with the sixth Game of Thrones novel, The Winds of Winter, making it certain that he will do so in the coming year. If, that is, 2017 does see the arrival of the world’s most longed-for novel; if not, check this space a year from now. But Martin’s delayed opus will not be the only marker of continuity in 2017’s fiction titles.

Pulitzer prize-winning author Elizabeth Strout, who was a hit among critics and readers with My Name is Lucy Barton in 2016, returns to the small town Lucy fled to tell the stories of the characters left behind in Anything is Possible. And the Hogarth Shakespeare series continues, after Margaret Atwood’s brilliant 2016 take on The Tempest (Hag-Seed), with Tracy Chevalier’s New Boy. It’s set in a suburban school in 1970s Washington, where four 11-year-olds—one the sole black child among the pupils, a diplomat’s son named Osei—cope with racism, jealousy and bullying, as Othello comes to America.

If that doesn’t resonate in the winter of our discontent, with 2016’s dispiriting presidential election, there is the much-talked about debut novel by former Globe and Mail reporter Omar El Akkad. In American War, the U.S.’s deep divisions, racial and otherwise, are moved to the future rather than the past. Benjamin Chestnut tells the story of his aunt Sarat, who was only six at the outbreak of the second American Civil War, fought against a backdrop of drowning land, banned oil and a drone-filled sky. The most buzzed-about American novel will come from George Saunders, formerly the most admired novel-less writer in the U.S. Lincoln in the Bardo is his debut, with Lincoln being the Civil War president’s deceased 11-year-old son, and the bardo being a kind of Tibetan purgatory.

The future fares better than it does in El Akkad’s hands in another first novel, All Our Wrong Todays. Canadian writer Elan Mastai—best known for penning the script for the 2013 film The F Word—puts protagonist Tom Barren in a techno-utopia right out of a 1950s dream, including the flying cars. But accidents happen, and Tom ends up in a dystopian wasteland, otherwise known as our world. In some ways, he likes it much, much more.

Other anticipated Canadian novels include Little Sister, Barbara Gowdy’s first novel in 10 years, The Futures by Anna Pitoniak, The Change Room by Governor General’s award-winner Karen Connelly, and The Last Neanderthal by Claire Cameron, who had enormous success in 2014 with The Bear. Her new novel traces parallels in the lives of a pregnant modern-day archaeologist and the last female of a fading human species.

International offerings are as idiosyncratic. Japanese superstar Haruki Murakami will release Men Without Women, a collection of short stories. American writer Paul la Farge’s The Night Ocean sends a psychiatrist in pursuit of her vanished and H.P. Lovecraft-obsessed husband; among the characters are William S. Burroughs, whom Lovecraft taught, and L.C. Spinks, an off-centre Canadian appliance salesman. Critically lauded French author Laurent Binet conjures up a world half Umberto Eco and half Dan Brown: it’s Paris 1980, and, just as in reality, renowned literary theorist Roland Barthes is killed by a laundry van after lunching with François Mitterrand. But in Binet’s philosophical and linguistic thriller The Seventh Function of Language, it’s no accident, and detective Jacques Bayard has to plunge into the French version of Barthes for Dummies to have any hope at finding the truth.

In The Evening Road, Laird Hunt, one of the finest explorers of dark corners of American history—usually through female eyes—writes of two women in Indiana in 1920, one black and one white, on the day of a lynching. Award-winning German author Ralf Rothmann tells the story of two 17-year-old Wehrmacht draftees during the last months of the war in To Die In Spring. Mad Men creator Matthew Weiner has Heather, the Totality, a nasty fable about three characters on a collision course over a child.

Non-fiction, of course, is more attuned to our concerns of the moment. Last year’s big story—Donald Trump—is still too fresh to have sparked book-length treatment; look for that flood to gather by late next year before bursting the dam in 2018. But Brexit and the rise of right-wing nationalism in Europe have been brewing long enough to have prompted a slew of forthcoming books. Since the chattering (and writing) classes lean left, coverage tends to veer from an aghast “what were they thinking?” to coruscating takedowns of the elites, corrupt or merely incompetent, considered at fault. Examples include investigative journalist Martin Williams’s Parliament Ltd: A Journey To The Dark Heart Of British Politics and Unleashing Demons: The Inside Story of Brexit by former prime minister David Cameron’s communications head Craig Oliver, who should have a monumental tale of miscalculation to tell.

Oxford University Press adds Populism to its incisive “A Very Short Introduction” series, while two French scholars, Nicolas Lebourg and Jean-Yves Camus—the latter the director of the Observatory of Radical Politics in Paris—offer Far-Right Politics in Europe. If those books and Rita Chin’s Crisis of Multiculturalism in Europe promise an academically dispassionate look at a changing continent, James Kirchick, a fellow at the Foreign Policy Initiative in Washington, doesn’t hide his gloom in the subtitle of The End of Europe: Dictators, Demagogues, and the Coming Dark Age.

A related title, at least for those who bemoan a rising tide of fake news, fact-free politics and science denial, is The Death of Expertise by Tom Nichols, professor of national security affairs at the U.S. Naval War College and five-time undefeated Jeopardy! champion. Nichols salutes the democratization of information, before slamming the new fusion of America’s long history of anti-intellectualism with a rising tide of anti-expertise, a recipe for false information spreading like wildfire. Given the crisis of contemporary democratic politics, Walter Scheidel’s The Great Leveler: Violence and the History of Inequality from the Stone Age to the Twenty-First Century seems to fit right in. The Stanford classicist asks a provocative question: Are violence and catastrophe the only forces ever known to decrease economic inequality? He answers: Yes.

Smaller-scale social change is the focus of The Sum of Small Things: A Theory of the Aspirational Class by Elizabeth Currid-Halkett, a University of Southern California public policy professor. In a play on Thorstein Vebler’s Gilded Age classic, Theory of the Leisure Class, Currid-Halkett describes the new elite as highly educated and defined by cultural capital rather than conspicuous consumption: earnest wearers of organic cotton shirts and eaters of heirloom tomatoes. But mockery isn’t her aim—she argues the aspirational class’s decisions about education, health, parenting, retirement are deepening an ever-wider class divide. 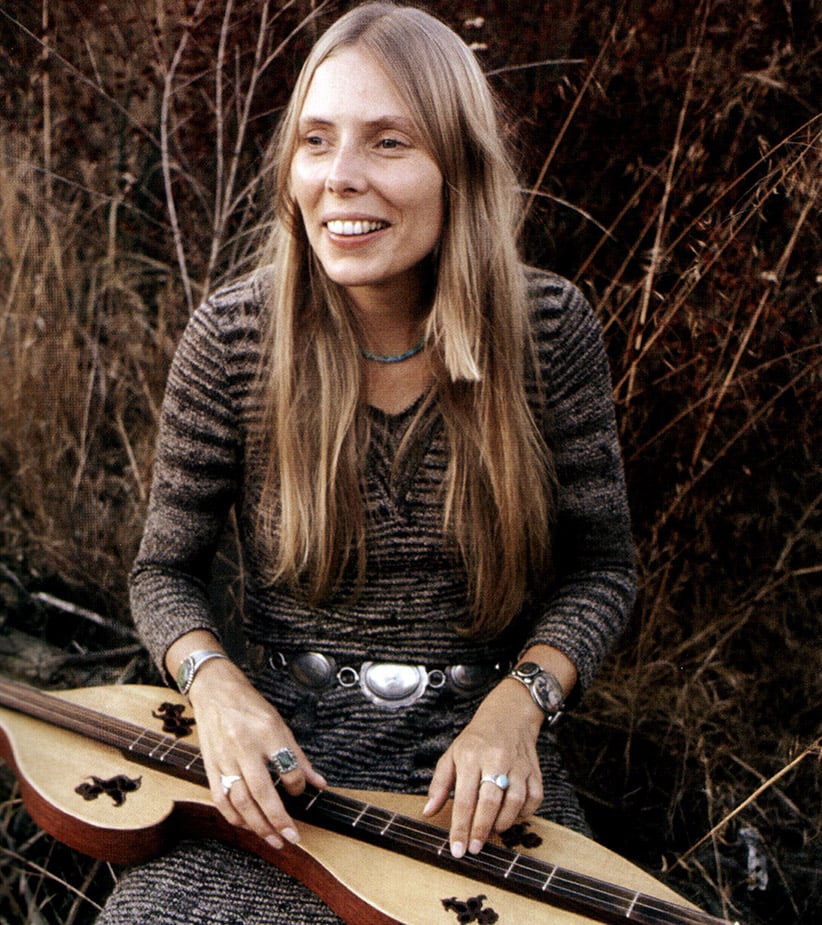 Non-fiction’s stalwarts, memoirs and biography, include Caitlyn Jenner’s The Secrets of My Life, Reckless Daughter, in which author David Yaffe draws an intimate portrait of Joni Mitchell, and But Seriously by tennis great John McEnroe. Our current Neuro Age, when we look to brain scans for answers to our mental quandaries, offers Deviate, by Beau Lotto, which argues that better understanding how we perceive the world will positively affect what we perceive, and Picasso’s Brain by neuropsychologist Christine Temple, which examines via the artist the factors that contribute to creative genius.

Significant anniversaries abound in 2017. For Russians (and the rest of us) it’s the centennial of the world-changing Russian Revolution. Lenin on the Train, by Catherine Merridale, offers a provocative new account of perhaps the most significant train journey in history. For Canadians the occasions are, for the most part, less sombre. It’s the 150th anniversary of Confederation, which has already inspired a few books, from 150 Years of Canadian Beer Labels to Charlotte Gray’s bestselling The Promise of Canada. There will be more next year, including The Colour of Canada, an updating of a volume of scenic photos that’s sold 1.5 million copies since 1967.

And it’s the centennial of Vimy Ridge, the Great War battle that has such a hold over Canadians’ collective memory of all war. Tim Cook, one of the nation’s most eminent military historians, describes what he calls “the rise and fall and rise” of the battle and its monument—and what they say about how and why Canadians commemorate their past—in Vimy. Other historians have contrary views about the battle, and there will be duelling books.

Looking past the anniversaries, there’s always an unexpected moment of timeliness. U of T English professor Nick Mount’s Arrival: The Story of CanLit studies the formation, between the late 1950s and the mid-1970s, of an enduring literary pantheon—from Margaret Atwood to Michael Ondaatje and Leonard Cohen—just when UBC’s Steven Galloway affair has cast them in a new light. Next year, Mount can follow up with Civil War 2016: The CanLit Establishment Under Challenge.