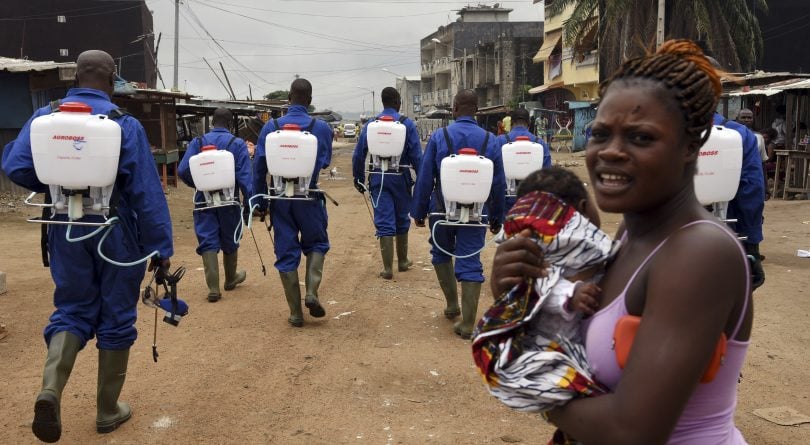 There are many useful ways to consider humanity’s history with mosquitoes, arguably our most far-reaching interspecies relationship, but the most compelling metaphor is war. That’s an awkward notion to entertain at a time when humans are striving to think of all life on Earth as a seamless web. But the insect’s role in military and political history, in which its significance often surpassed the most lethal military technology available, is not the only pointer to war. Consider, as Canadian historian Timothy Winegard does in The Mosquito: A Human History of Our Deadliest Predator, the bottom-line statistic. The general consensus of demographers is that about 108 billion human beings have ever lived, and that mosquito-borne diseases have killed close to half—52 billion people, the majority of them young children. There is very little of our history mosquitoes have not touched, says Winegard in an interview, down to the fundamental makeup of our bodies: “I can’t think of too many animals that have literally changed the configuration of our DNA.”

Last year mosquito bites killed only 830,000 people, a sharp drop from this century’s average annual toll of two million. We are in one of humanity’s intermittent sweet spots, Wine­gard notes, when good—that is, bad for mosquitoes—weather has held in endemic global hot spots, and “the Gates Foundation has been pushing Artemisinin, the newest anti-malarial drug, out into Africa.” But we’ve seen that pattern before in the century since we learned that it was the mosquito and the Plasmodium parasite it spreads—and not “bad air,” the literal meaning of the Italian word malaria—that cause the disease: the chemical compounds that kill the carrier and the drugs that fight the illness are successful only for a time. “The mosquito and the parasite are evolutionary marvels, both quick adaptors,” says Winegard. “By the time new treatments are mass-marketed, we see anywhere from two to 20 years before they’re obsolete.” Even DDT, the most effective mosquito killer ever, was losing its potency before Rachel Carson pointed out its collateral damage to the environment.

READ: This is why your summer might be full of mosquitoes

The mosquito, and every ill it bears—not just Plasmodium, but more than a dozen viruses, from lethal yellow fever to pregnancy-ravaging Zika to the filarial worm that grotesquely enlarges human genitalia—always comes back. And sometimes, as in the present day, more than “back,” which implies returning to a historical equilibrium. As the world warms, mosquito-borne diseases will expand into higher altitudes and higher latitudes.

Human activity has opened the door before. The Plasmodium parasite, visible in the fossil record of birds from 130 million years ago, is beyond ancient and was carried out of Africa in the bloodstreams of ancestral hominid species on its way to becoming endemic in many parts of the Old World. But the viruses are relatively new—yellow fever is perhaps 3,000 years old and West Nile, which arrived in North America with a perceptible impact in 1999, is even younger—and their spread is tied to the population surges and migrations of Homo sapiens. But it was the development of agriculture that made malaria an existential threat with extraordinary consequences. 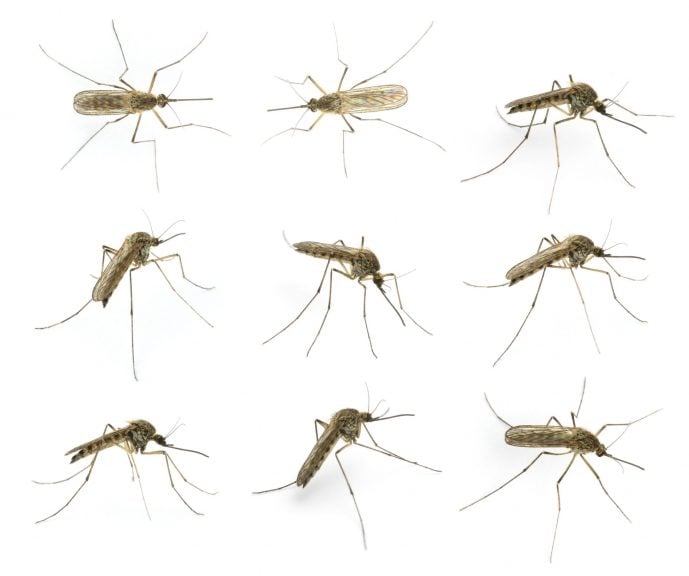 Around 8,000 years ago, Bantu yam farmers started expanding their territory in West Central Africa, bringing a new host animal within reach of the falciparum variant of Plasmodium. The vivax variety of malaria remains the world’s most common, especially outside Africa, responsible for 80 per cent of the 300 million annual cases, but only five per cent of the deaths. Falciparum, however, is brutal: the fatality rate can reach the 25 to 50 per cent range. The toll it began exacting with early agriculture can be measured by the speed and drastic nature of the human evolutionary response.

Within 700 years the sickle cell mutation appeared, resulting in crescent-shaped red blood cells that Plasmodium could not latch onto. The cost was high: before modern medicine, those who inherited sickle cell from one parent had 90 per cent immunity to falciparum but otherwise shortened lifespans, dying at an average age of 23 from sickle-cell anemia. The great majority of those born with sickle cell from both parents died in infancy. That’s why Winegard marvels at the adaptation. “It comes so quickly, a desperate-measure-for-desperate-times mutation that ends up killing you fairly young. And it was still a net benefit to the species. The difference between dying by age five or by age 20 is the opportunity to reproduce and carry on the human species. It speaks to just how lethal malaria became.” Sickle cell is not alone in humanity’s physical response. All told, perhaps 10 per cent of the population has some imperfect genetic protection against malaria types, with the protection itself—including the blood disorder thalassemia—causing other serious or even fatal health issues.

Beyond physical evolution, “General” Anopheles—as Winegard, who spent nine years as an officer in the Canadian and British armies, calls the 480-species mosquito genus that spreads malaria—left other historical marks in the Old World. That includes the role played by the endemic malaria of the Pontine Marshes outside Rome. A historical player for centuries, the marshes were an aid to the Roman Republic in its struggle with Hannibal, and an absolutely crucial bulwark for the militarily weak medieval papacy against invaders. Mussolini drained the marshes in the 1930s. That reduced Italian malarial fatalities by 99.8 per cent between 1932 and 1939, and inspired the occupying Germans to carry out the only known example of biological warfare in 20th-century Europe: in late 1943, the Nazis seized supplies of the anti-malarial medicine quinine, reversed the draining pumps and opened the dikes. Anopheles mosquitoes returned, Allied (and German) soldiers became sick, and Italian civilians began dying. Malarial deaths spiked from 33 in 1939 to 55,000 in 1944. By 1948, after lavish application of DDT (while its good side was still effective and its bad side not widely known), Italian malaria was conquered again.

READ: In this B.C. mansion, a massive bat colony hangs on for dear life

Yet none of the mosquito’s millennia-lasting effects in the Old World, except perhaps for the likely malarial death of Alexander the Great at the age of 32—a critical turning point in every scholar’s what-if speculations about the possible course of ancient history—matches the sudden arrival of mosquito-borne diseases in the New World. The Columbian Exchange, as historians call the massive melting pot that formed the world’s biosphere after 1492, saw turkeys, tobacco, corn, potatoes and (perhaps) syphilis leave the Americas. Waves of Europeans—and their African captives—arrived, bearing the entire fabric of their lives, from horses and earthworms to smallpox, yellow fever and malaria.

For Winegard, a specialist in Indigenous history long before he cast his eye on “General” Anopheles, there is no denying the horrific effects of diseases carried in the bloodstream of African slaves, which passed seamlessly into American mosquitoes. “Conservatively, there were 100 million Indigenous people in the Western Hemisphere when Columbus got here, and 250 years later there were only about five million—95 per cent gone by disease, brutality and murder. And even the last two don’t kill the way disease does. Smallpox may have been the worst, but when you look at the early historical records, you can see reference to malaria and its telltale symptoms of the distended belly and engorged spleen.” Epidemic disease in a population with no natural immunity cleared the way for European colonization, “travelling along Indigenous trade routes, killing people before they ever saw a European.”

The African-origin diseases also wreaked havoc, albeit to a lesser degree, among Europeans for centuries afterwards. The average survival time for white arrivals in Jamestown, Va., for two decades after its 1607 establishment was a year or less, and more than two centuries later, 500 workers died of malaria during the 1826-32 construction of the Rideau Canal linking Ottawa and Kingston, Ont. (“Digging trenches and filling them with water,” Wine­gard comments, “is a recipe for disaster.”) The consequences were enormous. The relative immunity of Africans cemented racial slavery and everything that flowed from it as the default labour system of colonial America. After what contemporaries called “seasoning”—the eventual establishment of a native-born population relatively inured to the ravages of malaria—mosquitoes switched sides from permanent enemy to sometime ally. The devastation they caused among European armies sent to quell rebellions was a crucial factor in the Americas’ wars of independence, and perhaps the greatest single element in Toussaint Louverture’s successful slave insurrection against French colonial power in 19th-century Haiti. “The world we live in,” Winegard argues, “would be unrecognizable without the mosquito.”

There are no extensive virgin populations left for the insect and its diseases to decimate, but that doesn’t mean Winegard’s war is at a permanent, low-key standstill. Zika, first identified in monkeys in 1947, didn’t spread to humans until 1952, or take epidemic form before 2007. A warming planet and a global population ever more on the move will see diseases known and still unknown move to now quiescent areas. What to do about the mosquito disease vector is a dominant subject among health researchers. There is an ongoing, still unsuccessful attempt at crafting a malaria vaccine, which has diverted attention to CRISPR technology. The initials stand for Clustered Regularly Interspaced Short Palindromic Repeat, our most powerful genome-editing tool.

Last September, scientists at London’s Imperial College announced they had managed to use CRISPR to exterminate captive malaria-bearing mosquitoes in seven generations, the first-ever annihilation of an animal population through genetic manipulation. Researchers now expect to be ready to field-test their genetically modified malaria-free insects by 2024. Should, that is, they get the necessary consent from national governments and from their peers, for CRISPR’s ethical issues are as large as the problem it hopes to solve. “A Pandora’s box all right,” agrees Winegard. The deliberate extinction through gene manipulation of entire species, even ones as loathed as Anopheles mosquitoes with their Plasmodium baggage, is no easy call. That it’s on the table at all is a tribute to the power of the mosquito and the bitterness of our war with it.

This article appears in print in the August 2019 issue of Maclean’s magazine with the headline, “A bug of vast power.” Subscribe to the monthly print magazine here.