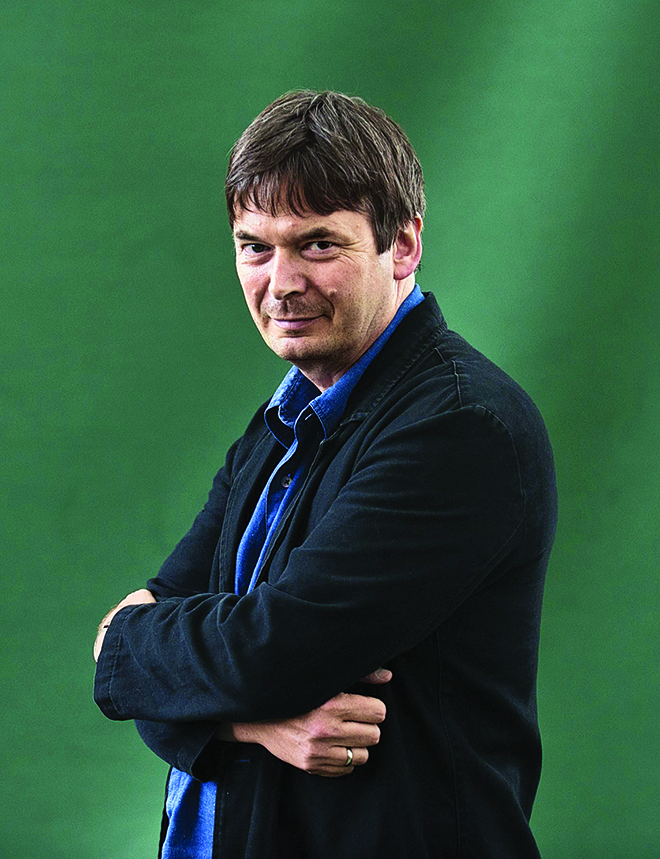 Scottish writer Ian Rankin may have pushed Edinburgh detective John Rebus into retirement, but that doesn’t mean the cantankerous cop is slipping quietly into the wilderness. Rankin’s subtle character sketches, deft plotting and honed attention to detail are at their best in his 20th Rebus book, Even Dogs in the Wild.

The writer, 55, was in Toronto to attend a talk at the Reference Library with fellow crime writer Linwood Barclay. It was sold-out. That didn’t surprise the author, for Canada ranks a strong No. 2 on the Rebus-Rankin Appreciation Index, trailing only Britain in terms of sales. Early on, he realized the popularity of his contemporary books with Canadian fans. On a tour where usually 40 people would turn out at an event, he stopped in Halifax for the first time—where more than 700 were waiting for him in a lecture theatre.

Before the Toronto library event, Rankin sat down with Maclean’s for a wide-ranging conversation, distilled into bite-sized bits.

A sabbatical, and life afterward

After Rankin’s last book, Saints of the Shadow Bible, was published in late 2013, he stepped away from Rebus for the first time in nearly three decades. “Many of my friends were dying in their 50s,” he explains. “My wife, Miranda, said, ‘Take a year off. Take your foot off the gas.’ ” So he did. For the first six months, the couple travelled, bought a Jaguar and an expensive hi-fi system. Then, by his own admission, he “started to get a bit itchy.”

He started writing “micro stories,” ranging up to a couple of pages, on any idea that popped into his head. He wrote a couple dozen such stories, not for publication or to be seen by others. Just for him. And along the way, “I fell in love with writing for the fun of it, not part of the industry of human happiness, but just writing for me.”

In January, when it came time to start Even Dogs in the Wild, he took his old laptop—so ancient it’s “coal-fired”—up to the family bolthole, a little house in the Highlands without Internet, cellphone signal or a TV.

“I would write in the morning, go for a walk, write in the afternoon. At night I would go to the pub, they would cook me a meal, I would drink two pints of beer, go home and go to sleep. Repeat next day.” The words and ideas flew out of his head onto the page. “The first 100 pages were written in 10 days. It was amazing.” 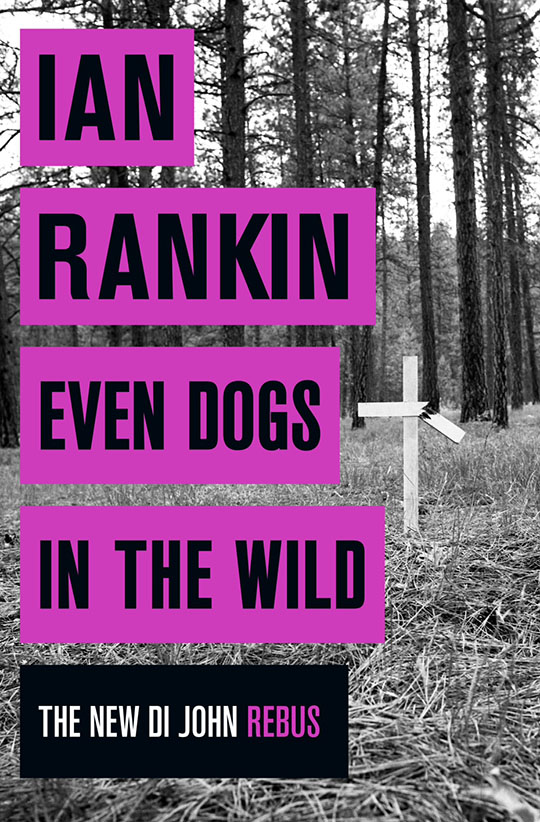 The plot and title

Like many writers, Rankin is an inveterate collector of ideas. He jots them down on scraps of paper, or cuts out stories from newspapers, and stores them carefully in “Ian’s big folder full of ideas.” One of the plots in the book came from that folder. “Some guy told me a story in a bar,” Rankin recounts. “There was a village in the north of Scotland where a suspected drug dealer died of natural causes. A rumour went around that he had buried a stash of money and drugs in the woods, so the locals would go on a treasure hunt.” That story made the book in the form of Glaswegian gangsters coming to Edinburgh looking for their own version of buried treasure.

As for the title: one day he was listening to a song by the Associates—a Scottish duo big in the 70s and 80s—called Even Dogs in the Wild. “It’s a song about how animals treat their young better than we humans do. The book is about parents and children, and legacy that the parents pass onto the children, for good or for bad. So there are two gangsters from Glasgow, father and son; Malcolm Fox’s father whose health is failing; Rebus who is reconnecting with his daughter,” the author explains. It was only after he wrote the book that he realized how big a theme it would be. And the title.

Unplugging, and that other famous Edinburgh writer, J.K. Rowling

“I thoroughly recommend switching off from the world,” he says, thinking back to isolation while writing. “You can think.” He sees how society is speeding up when he travels: on planes, businessmen no longer read a paper but use their technology to keep working. “Where the hell is the pause button?”

One thing that has contributed to that sense of always being on-duty is the increasing pull of social media. “In everyday discourse, if you go into a bar or restaurant, you’re not going to find people spitting at each other and growling,” he says. “They just do it online because it gives you an amount of anonymity. You can hide and shout from behind the walls.”

Months before Scotland’s independence referendum in 2014, Rankin worried about the school-playground bullying coming from both sides of the political divide. “These idiots who had a very jaundiced view of life and the world were always out, but they didn’t have a platform that meant everyone could hear them.” He, for instance, kept his head down and refused to take part in the conversation publicly, unlike fellow author J.K. Rowling, who contributed to the No side and was denounced as a “traitor” and worse because she was born in England. (She responded by calling them “Deatheaters” for their views on “pure blood” Scots.)

Now, more than a year after Scottish voters decided to stay within Britain, he says that little has changed. “Recently there was a spat in the Twittersphere because J.K. Rowling said—over a rugby match where Scotland nearly beat Australia—“Well done guys, really good match.” Some guy tweeted, “You’re not allowed to say that because you didn’t vote for independence. You’re not a real Scot.” She came back at them, because she gives as good as she gets, and then some.”

For Rankin, there comes a time when an off switch is necessary: “You can walk away from social media. You can just mute, walk away, and you wouldn’t know any of this stuff was happening.”

Though John Rebus’s former sidekick, Siobhan Clarke, is now an inspector and a rising force within the police, Rankin has never written a book that focuses on his main female character. “I never found a plot where I thought, ‘She’s the right person to do that.’ I’m worried that as a male writer I wouldn’t be able to write well about a central female character. Because men, especially in crime fiction, don’t [create female lead characters] until my neighbour came along: Alexander McCall Smith with Precious Ramotswe. He was almost the first to do it.”

Plenty of female crime writers have written about men—Rankin quickly rhymes off some of the most famous, including Ruth Rendell, P.D. James and Val McDermid—just not the other way around. “It’s possibly because men aren’t as good as the interior life, psychology,” he theorizes. “I don’t know.”

“If you can name me a male crime writer who has had a success with a series of a female fictional character, I’ll give you $10,” he confidently bets.

A new book, and a surprise for his wife

“I’ve got to start the new book in January and I’ve got nothing,” he says. “I’ve not got a plot, theme, title. I’m not panicking quite yet. Panic is good though, it gets the adrenaline going, and that’s when I start to think of ideas.”

However, that lack of a concept means some bad news for his wife, who’s booked the two of them on a cruise at Christmas. “She doesn’t know I’m packing my big folder of ideas and taking it with me, because I need to come back with an idea,” he says ruefully. “Maybe Rebus on a cruise?”