Exposing the nuances and absurdities of modern life 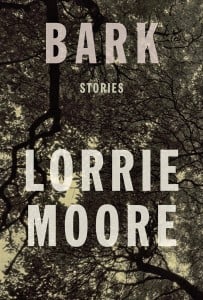 Few writers so adroitly expose the nuances and absurdities of modern life as Lorrie Moore. It’s a talent on full display in “Foes,” one of eight tales in Moore’s much-anticipated new short-story collection, her first in 15 years. Set at a fundraising dinner in Washington during Barack Obama’s first presidential run, the dialogue-driven story focuses on dinner-table chatter between a historical biographer and a military lobbyist. In the space of a few pages, Moore deftly explores rifts in the American body politic, false first impressions and the comforts of marital love.

“Foes’ ” accomplishment, alas, also serves to highlight the unevenness of the collection. Bark has no animating theme, other than mid-life misery and failure: romantic disappointment in various acrid flavours, divorce, decay, death. The “terror years” of post-9/11 America provides backdrop, occasionally to good effect, as in “Debarking,” the funny-sad story of Ira, a divorced man whose anxieties about the U.S.-Iraq war dovetail with his new relationship with a beautiful, nutso pediatrician who has creepy boundary issues with her teenaged son: “Soon, he was sure, there would be a study that proved the mentally ill were actually more attractive than other people. Dating proved it!”

On bad relationships, Moore is a font of insight. In “Paper Losses,” a couple takes a vacation with their children before divorce. The wife wilfully ignores her husband’s odd, clearly adulterous behaviour; instead, she’s “protecting her own vanity and sanity with only two hypotheses: brain tumour or space alien.” Other stories, among them, “The Juniper Tree,” about three women who gather to remember a friend who died of cancer, feel like un?nished experiments. “Wings,” a novella-length story, is a greater technical success if unsavory to read: It’s the tale of KC, a thirtysomething failed musician who befriends a randy old dying man as her deadbeat boyfriend prays for a payday inheritance.

Bark’s stories are best read in isolation, not as a claustrophobic collection. Even then, one wishes Moore matched her incisive genius with less obvious metaphors (dead animals abound) and greater narrative rigour. Stories can meander to random conclusions, much like life itself. With life, though, you let it go. One expects more from art.