Brian Bethune talks to the vice-regal consort about her first novel, Matrons and Madams 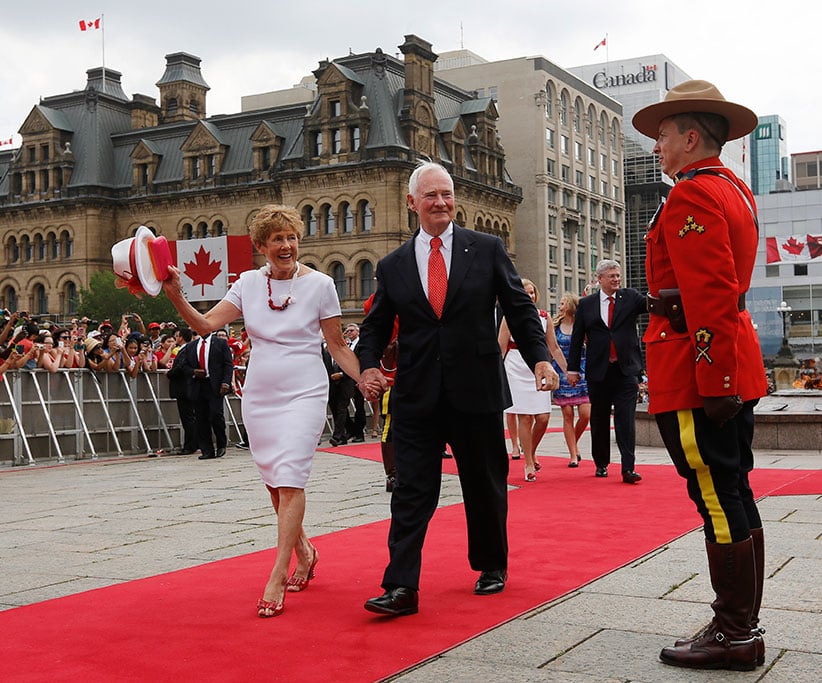 Since Confederation, Canada’s 28 Governors General have been, on the whole, an accomplished lot. The same can be said about their spouses, the elegantly named vice-regal consorts.

From the Victorian aristocrats of the 19th century—such as the marchioness of Aberdeen, founder of the Victorian Order of Nurses in Canada—to the prolific author John Ralston Saul, they have been major players in philanthropy and cultural life in this country. Now Sharon Johnston, the current chatelaine of Rideau Hall—who set up her office in the intimate Lady Aberdeen Sitting Room—has launched her own career as a novelist.

The roots and themes of Matrons and Madams tightly aligns Johnston’s past professional interests, her consuming interest in her own family history and her current concerns as vice-regal consort.

The matron is Clara Durling, a British war widow who comes to Lethbridge, Alta., in the wake of the Great War to be superintendent of the city hospital, just as Canadian soldiers, veterans of the army who suffered the highest rates of venereal disease of all the combatant nations on the Western Front, started flooding home.

Durling is the fictionalized version of Johnston’s grandmother.

“Oh, she was British to the core,” laughs the 73-year-old author. “I can see her now, gin and tonic in hand, contemplating her English garden,” in Sault St. Marie, Ont., where Johnston grew up.

The fictional madam—Nova Scotian Lily Parsons—is another story entirely. As the incidence of sexually transmitted diseases explodes in the Prairie town, the two women combine forces to establish Alberta’s first VD clinic in the face of official denial and hypocrisy, and provide care for soldiers wounded in body and mind.

Johnston, who has a doctorate in rehabilitation therapy, says, “I’ve always been interested in prosthetic limbs,” an interest redoubled by her advocacy for veterans during her husband’s time as Governor General. The “overarching theme of the book,” she adds, “is the impact of war, which takes three generations to work out.”

That’s why Matrons and Madams is just the first of a planned trilogy, with sequels to be set during the Second World War and the 1960s. But they may take a while yet. Most of the first novel was written before Johnston’s arrival in Ottawa, although the final version was infused with her experiences with veterans and their health needs. Chatelaine of Rideau is a demanding job, and Lady Aberdeen notwithstanding, Johnston says, “This place is not conducive to writing.”