Borderlife, a novel about an Israeli-Palestinian romance, will be translated into English later this year 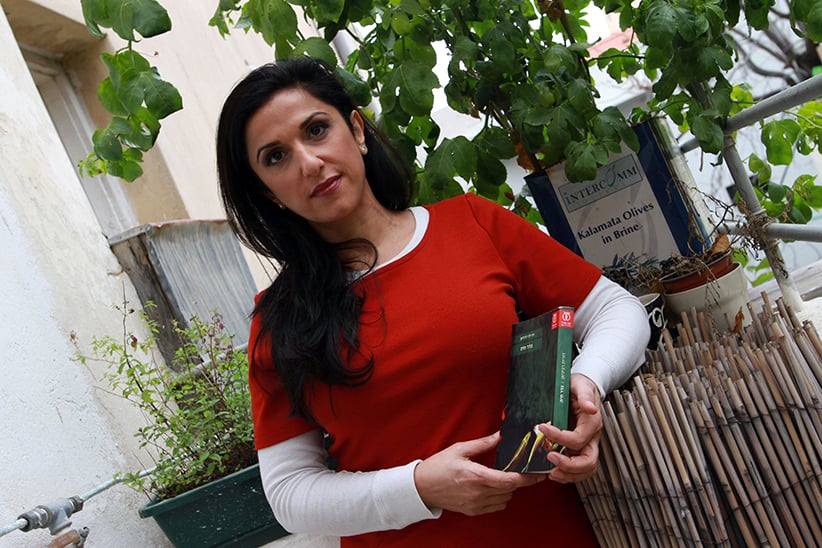 A novel by an Israeli author about a love affair between an Israeli Jewish woman and a Palestinian Muslim man from the West Bank who meet in New York has been excluded from Israel’s regular high school curriculum, out of concern it might threaten the Jewish identity of students reading it.

The book, written by Dorit Rabinyan and known in English as Borderlife, was recommended for inclusion in the curriculum of upper high school grades by a committee advising the education ministry, which nevertheless decided against it. “Young people of adolescent age tend to romanticize and don’t, in many cases, have the systemic vision that includes considerations involving maintaining the national-ethnic identity of the people and the significance of miscegenation,” a senior ministry official said, according to Ha’aretz, an Israeli newspaper. (The Hebrew word translated by Ha’aretz as “miscegenation” can also mean “assimilation.”) The ofﬁcial, in other words, feared that reading the book might lead students to accept as normal romance between Jews and Muslims.

The education ministry later backtracked to some degree and said the book could be taught in advanced literature classes, but would not be part of the regular curriculum, according to Ha’aretz.

In an interview, Rabinyan describes the novel’s central romance as one in which the protagonists for the first time discover a member of their homeland’s opposite community as an individual. Hilmi, the Palestinian, is simply Hilmi, a man. And Liat “is no longer her Israeli people, her Israeli country, army, government. She’s herself.”

At the same time, Rabinyan says, every individual is shaped by the soil on which they grow, and she wanted to explore the resulting tensions when the two characters connect. “What I was looking into was the power of love to drift us into each other’s identity, and to have our mutual third identity that is born be a threat, be the one that can colour us with the loved one’s colours, and take over and maybe swallow ourselves and our original identity,” she says.

Rabinyan drew on her own past when writing the book. “I did live a year in New York. I did meet a group of young Palestinians who impressed me and really made me tick in a way that inspired me.” But she says that when writing literature, memories are not enough. “We have to add a portion of fantasy.”

The political undertones of the book might not have been Rabinyan’s primary concern, but they are unavoidable. The symbiosis of the couple, she says, is like the symbiosis of Palestinians and Israelis inhabiting the same land between the Jordan River and the Mediterranean Sea. “We have no borderlines between us, and we have no definition of our identities in ways that usually two neighbours have, and this is why we treat one another in such a way that maintains the conflict to be more than just a fight of two gangs over territory,” she says.

Instead, says Rabinyan, the conﬂict is defined as an existential question of identity. “It’s a matter of the Jewish DNA being threatened by the surrounding Arab culture,” and it is this fear of being swallowed that justifies—demands, even—Jews’ isolation from their Palestinian neighbours.

Fear that her book might somehow erode Jewish Israeli isolationism was a reason behind the education ministry’s hostility toward it, says Rabinyan, who describes herself as a Zionist committed to Israel as a Jewish and democratic state within its 1967 borders. “The zeitgeist in Israel nowadays is to eliminate anything that might [encourage] dialogue,” she says.

It would be absurd to suggest that any book could lead to any significant dilution of Jewish Israeli identity through intermarriage with Palestinians. The number of such unions in Israel is minuscule. Even the fictional characters in Borderlife meet outside Israel, and the relationship ends because Liat prioritizes returning home. The book’s threat, such that it is, arises from humanizing one’s enemy. “It might widen something that is being kept shut,” says Rabinyan.

If that prospect unnerves some in Israel’s education ministry, many Israelis seem open to it. Sales of Borderlife, already strong before this controversy, are surging. An English translation will be published this year. As for its exclusion from the Israeli high school curriculum, Rabinyan notes there is no more effective way to convince a teenager to read a book than by telling her she shouldn’t. When Rabinyan was young, she stole a David Grossman novel after a librarian told her she couldn’t borrow it because it supposedly wasn’t suited to someone her age.

Something similar might happen with Borderlife, which would suit Rabinyan fine. “I didn’t write the book to be taught,” she says. “I wrote it to be read.”