Advice for parents of “big kids with even bigger problems” 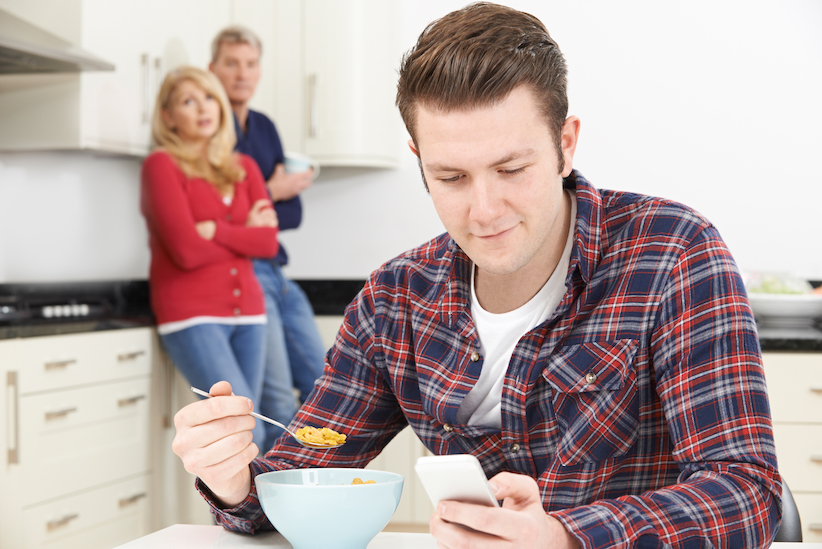 A bestselling author and television screenwriter, Gail Parent has won two Emmys and was nominated for 12 more for her work on shows ranging from The Golden Girls to Tracey Ullman’s comedy specials. In her new book, How to Raise Your Adult Children, co-authored with psychotherapist Susan Ende, she offers advice to parents of “big kids with even bigger problems.”

Q: Social scientists and demographers now talk about a period of life called “pre-adulthood,” after adolescence but before true financial independence, which often stretches through the late 20s. The reasons it takes so much longer to reach adulthood today are primarily economic: rising costs of a university education, higher housing costs, higher unemployment. What are the effects of all this on parents?
A: We were raised to think our parenting days were over when our kids left home to go to college. But they aren’t. Financially and emotionally, many families don’t separate and adult children don’t achieve true independence. A lot of adult kids are essentially thinking they should still get an allowance—only it should be a big one, big enough to buy a house. And huge numbers of them are moving back in with their parents.

Q: In a recent Pew Research study, 13 per cent of American parents said an adult child had moved home in the past year because of the recession. Obviously, this has implications for the household budget, but what other kinds of issues does it raise for parents?
A: You can get very resentful. I have a good friend whose son had to move back home because he wasn’t making any money. He’s a white rapper, which is a hard line of work these days, and he refused to get a job in, say, a bookstore. So he’s living in what was her office, and she’s had to create a makeshift office in her bedroom. You have your home the way you want it, and now the kid is imposing.

Q: Whatever happened to the cultural stereotype of the mourning empty-nester?
A: I don’t think it’s how most parents feel. You want your child to be independent and when he’s not, it ruins the rhythm of life. The problem is that when adult kids come back, they don’t really take their place in the family. They’ve experienced some degree of independence, even if they’ve just lived at university, and now feel there shouldn’t be any rules. It’s very disruptive. They’re coming in at one in the morning, the parents are worried, and the kids are saying, “But I’m all grown up, you don’t need to worry.” Well, grown-ups don’t live with their parents. And grown-ups let people know they’re going to be out late.

Q: So part of the issue is that both parents and adult children can fall back into old patterns, with the parents trying to be authority figures and the kids acting irresponsible.
A: Right. We’re supposed to be letting go of our old role, protecting and taking care of the child, so he can assume his new role as an independent adult. That’s a hard transition that becomes even more difficult if your child is almost 30 and living in the basement.

Q: You argue that there should be an explicit time limit on the arrangement and maybe a written contract, also. Does it really need to be so formal?
A: It’s important if your kid is the kind who reverts to expecting you to do his laundry. It’s your job as a parent to get him to stand on his own two feet. Unfortunately, because of the recession, sometimes it’s absolutely necessary that your kid lives at home. But in many cases, a lot of these adult kids have degrees and can’t find a job in the field they want to be in yet won’t take another, lesser job to support themselves. You don’t have to say, “Get out tomorrow,” but you should be saying something like, “You have a month to find a place, find roommates.” A deadline gives them impetus.

Q: If adult kids are unable to take care of themselves, surely part of the responsibility for that rests with parents.
A: That’s true. We don’t teach them early enough about independence, and consequently they’re immature in many ways. This hands-on, child-centred philosophy of parenting that’s become popular can come back to haunt you. One mother, who wrote asking for advice, had always helped her son with his homework, and now he was in college, expecting her to research his essays.

Q: What kind of strain does it put on a marriage when adult kids come home?
A: A big one, because it’s not normal. You see that other people’s kids are out in the world, starting their lives independently, getting a job—and yours isn’t making his bed.

Q: Why do parents feel impotent in these situations?
A: The basic line is, “I can’t kick my kid out.” They want to, they just don’t have the guts to do it. When I talk to my friends on the phone, it’s, “My son moved back home, and I’m going crazy.” This is why you have to discuss a timeline before the kid moves in, and age is relevant. For a younger adult who’s just graduated, six months is a reasonable length of time to get a job and a place. If the child is 28, though, it should be, “In a month, you’ll have to leave.”

Q: In 2004, some U.S. researchers looked at what kind of support parents give their children aged 18 to 34 and found that, on average, parents contribute $2,200 a year over that 17-year period, to cover education, housing and other costs. That’s a lot more than in any previous generation. What’s going on here?
A: The kids feel entitled and the parents feel obligated. Often there isn’t a clear separation—this is my money, you have your money—even if they’re living in separate places. This is a big change, I think. When I finished college, I wanted to be out on my own, alone. My parents didn’t want me to have an apartment in a bad neighbourhood, and so they offered to pay part of the rent for a better apartment. I refused—it seemed too babyish. But today kids expect help and the reality is that they don’t have the opportunities we did. It’s maybe the first time in history when your kids will likely not have the same standard of living that you do. Of course, we want that for them and feel guilty they won’t get it, so a lot of parents wind up giving their kids money. They want to rescue their kids from economic reality.

Q: You think it’s a mistake, full stop, to loan money to your adult kid. Why?
A: If they need it in the first place, they’re going to have trouble paying it back, and there will be resentment on your side, that you haven’t been repaid, and on theirs, that you’re expecting repayment. Resentment rips families apart. If you can afford to, give the money as a gift, don’t loan it.

Q: That same study I mentioned earlier on 18- to 34-year-olds found that about half were receiving a huge amount of time assistance from parents: averaging nine weeks of full-time, 40-hours-per-week help a year. What kinds of time-consuming demands do adult children make?
A: Often they want child care help, and sometimes the grandparents aren’t the backup in case a babysitter quits or gets sick—they’re on the front line, because of the economy.

Q: What kinds of problems occur then?
A: You do have a different point of view on how to raise a child than your parents do, and this can lead to conflict: you drop them at your parents’ house and then are upset to find out they’ve made them say prayers, for example. I just heard last night from somebody who sent her darling daughter to stay with her grandparents for a week, and they cut her hair, which she considers a total violation. I agree that when you get your kid back, she should have all her hair on her. But you don’t want to yell at the grandparents, who might then say, “Well, get somebody else, then.” So there are power struggles. You really can’t have two alpha females trying to be the boss of one child, and this is what can happen when children depend really heavily on their parents to provide child care. Of course, some grandparents are dying to be asked. I have a friend who won’t go out on the weekend, on the off chance that her children will ask her to babysit.

Q: What other kinds of unpaid work do adult children expect?
A: Many male adult children go through a divorce and because they never learned how to do things for themselves, their mothers act as surrogate wives, fixing up their apartments and so forth, right down to the silverware. Other adult children want help with errands. I know an adult child who’s left home and is working very hard, whose mother picks up prescriptions, takes clothes to the cleaners—and pays when she picks it up, too.

Q: So essentially she’s a personal assistant who’s paying her employer?
A: Exactly. The mother’s attitude is, “I can do these little things for her,” but it’s time-consuming. The adult child feels entitled because her mother doesn’t have a job and seems to have time on her hands. If the mom has never worked, she’s essentially been a personal assistant the child’s whole life. I think in some cases it’s a two-way street: the mother still wants her job, she doesn’t want to be fired as the personal assistant.

Q: Do you think this generation is more selfish than yours was?
A: I know they are. In my generation, once you left home, you just did not expect or often even accept money from your parents. Today, that’s the norm.