A memoir puts readers on the front lines in Lebanon at the turn of the century, when a new Middle East was being born

Pumpkinflowers might seem an odd title for an ex-soldier’s story, until, that is, the reader learns the Israeli military has a habit of naming its outposts after plants, and that its radiomen refer to casualties as “flowers.” Toronto-raised Matti Friedman’s book, one of the nominees for this year’s $25,000 RBC Taylor Prize, is partly a memoir of his military service at the Pumpkin in South Lebanon after he moved to Israel in 1995, partly a report of the evolution of Israeli society in the past 20 years, and partly an account of how the unnamed and scarcely remembered conflict in Lebanon at the turn of the century foretold later conflicts. Those years saw the emergence of a type of asymmetrical warfare now familiar from Afghanistan and Iraq—low-key but endless struggles with no end in sight. A new Middle East was being born in the months before 9/11, Friedman argues persuasively, but it wasn’t the one not only longed-for but expected in the 1990s, a time when “the word ‘peace’ could be used without irony.” 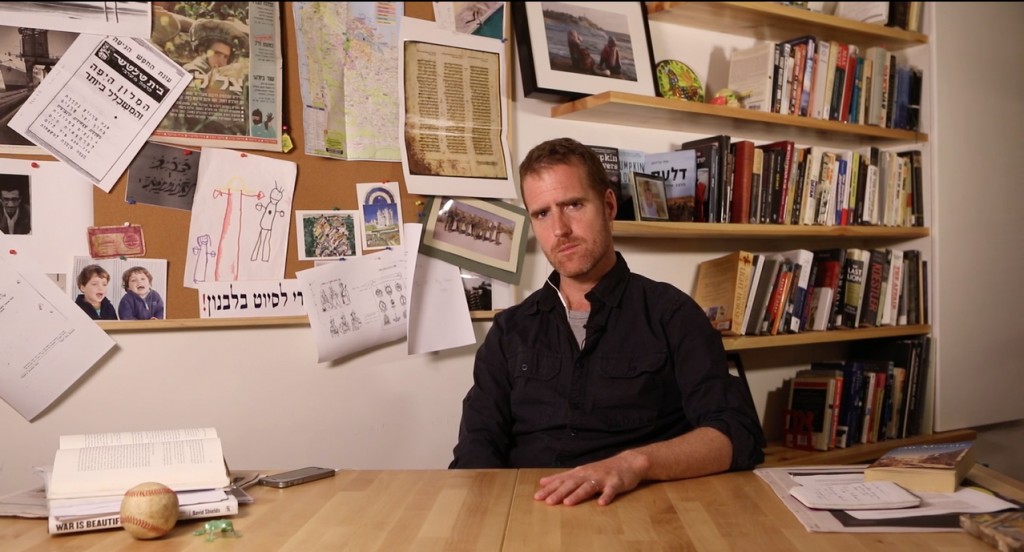 A screengrab from a Maclean’s video on Matti Friedman’s book, Pumpkinflowers, which is one of the nominees for this year’s $25,000 RBC Taylor Prize. (Maclean’s)

Two men I never met, Thomas Dodd and Archibald Affleck, both happened to arrive in the British line in France the same year, 1916, the former with a battery of the Royal Field Artillery and the latter with one of the Canadian divisions. Thomas was from Chester, England, and Archie from the Ottawa Valley. Both survived.

A series of grand and modest events ended up linking them to me: the profound impact of their war on Europe and the Middle East, the upending in those years of the well-ordered world of their parents and grandparents and the brutalizing of the collective human mind, the collapse of the Hapsburg and Ottoman Empires, Lord Balfour’s famous declaration of 1917 in favour of a “national home” for the Jews. And historical developments of a lesser order: the marriage during the next war of Archibald’s son, a Canadian lieutenant who had survived the sinking of his Royal Navy corvette by a German mine, to Thomas’s daughter, who followed her husband across the ocean from England to Toronto in 1945 and gave birth to a daughter of her own. And then the marriage of this daughter, my mother, to the son of two Jewish escapees from Eastern Europe—a milliner whose family was consumed by the Germans along the Bug River in Poland in 1940 and a tailor who had fled the Russian advance at Lemberg in 1914 as a child. These events and others conspired to place me, the great-grandson of Thomas and Archie, in circumstances whose politics would have baffled them both but whose physical trappings would have been familiar. Members of our family watched the 20th century begin and end from a sandbagged trench.

Even the language we spoke in Lebanon wouldn’t have seemed entirely foreign to them, though neither is likely ever to have heard a word of Hebrew. We described our journey into the security zone as “going up to the line,” for example, and our mission there as “holding” it. Some might recognize Readiness with Dawn as a descendant of the dawn stand-tos that made such an impression on the Great War poets, the same “highly ritualized distillation of the state of anxious stalemate,” as Paul Fussell described it in The Great War and Modern Memory. I don’t mean to suggest that our conflict was in a league with theirs, only to note the migration of words and genes and to point out what any student of middle-school chemistry knows, which is that things are made of odd pieces of older things.

Within a few years elements of the security zone war would, in turn, appear elsewhere and become familiar to everyone in the West: Muslim guerrillas operating in a failed and chaotic state; small clashes in which the key actor is not the general but the lieutenant or private; the use of a democracy’s sensitivities, public opinion, and free press as weapons against it. In this kind of war events are so prolonged that no single soldier can see them the whole way through and so fragmentary it is hard to assemble a coherent history afterward. The old staff-history lingo of “flanking movements” and “divisional feints” becomes useless, and the relative rarity of death leaves time to focus on individuals in a way that sometimes makes death harder to bear. If my ancestors’ Great War was the first of 20th century, I believe our little one was the first of the 21st.

It was a week or two after our arrival that I finally heard a hiss in the air above my guard post. I didn’t react because I always thought shells whistled. This was just a soft whisper in the sky, as if the universe was imparting a secret. In a way this was true: the secret, one familiar to Thomas and Archie, was that my continued existence on earth was now a matter of parabolas. The whisper built in volume before ending in a concussion that shook the hill, and then I understood and crouched under the parapet. “Launch, launch,” said our loudspeaker, and the sky leaned toward me again and whispered something into my ear.

Excerpted from Pumpkinflowers by Matti Friedman. Copyright © 2016 Matti Friedman. Published by Signal/McClelland & Stewart, a division of Penguin Random House Canada Limited. Reproduced by arrangement with the Publisher. All rights reserved.