Rachel Cusk: 'On a winding road in the dark'

We profile the authors of the books nominated for the Scotiabank Giller Prize this year. Here, Rachel Cusk, author of Outline, describes her autobiographical focus 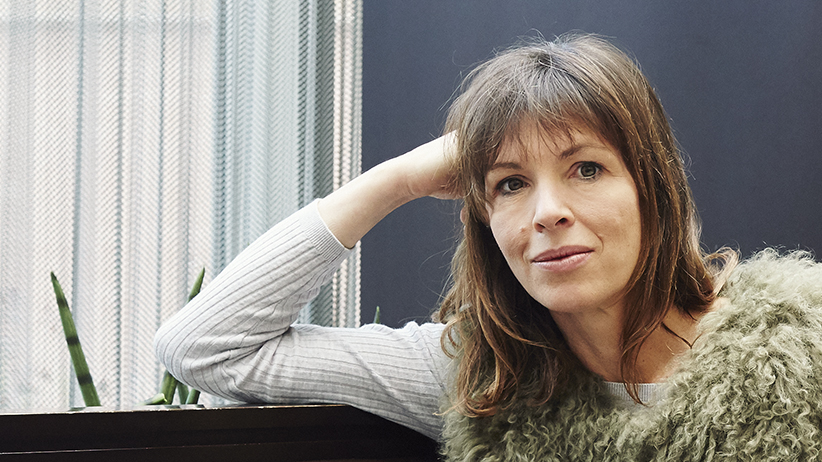 Born in Saskatoon in 1967, Rachel Cusk was in California before school age and back in her parents’ native Britain by age seven, where she eventually became one of the most prominent—and controversial—writers of her generation. Cusk has never before been considered for a Canadian literary award, she says, “because I never had a separate Canadian publisher before.” But Cusk’s eighth novel, Outline, does have such a publisher (HarperCollins) and a “very proactive” editor (Iris Tupholme), “who discovered this fact about me and badgered me into getting my birth certificate.”

The result was a submission to Canadian juries that wowed them as much as it did critics in the U.K. and the U.S., and Outline found a place on two national prize short lists, the Governor General’s and the Scotiabank Giller’s, making it one of only two works—the other is Fifteen Dogs by André Alexis—to be nominated twice. The irony is not lost on Cusk. “Maybe identity is fate,” she laughs. “I’ve never known what that meant, but, as a young writer in Britain, my models were all Canadian—Carol Shields, Margaret Atwood, Alice Munro—and now I’m enjoying reading the other authors on the short lists.” Outline follows a novelist who came to Athens to teach creative writing; she listens to the stories of students and fellow instructors while providing nothing of her own, except by contrast. Like much acclaimed contemporary writing, Outline is about writing, especially the sort of writing Rachel Cusk has always done.

The following is an essay by Rachel Cusk.

Being a writer is one thing: seeming to be one is quite another. The Aristotelian idea that you become something by acting it is a helpful precept for living, but I’ve never found it adheres particularly to the question of writing. In any house I’ve ever lived in, the study is generally the last place in which I am to be found working. My lifelong attempts to impose regular “office” hours on myself have only made work feel like detention, and have left me with the impression that I dislike writing more—and am less good at it—than the average person. The public engagements and interviews that inevitably start to fill the landscape when you’ve been writing and publishing for a significant amount of time have a tendency to slip my mind until the last minute, as do deadlines and all correspondence relating to work, so that my writing life sometimes feels like driving on a winding road in the dark: I don’t see what’s coming until it’s right on top of me, blaring its horn.

Yet I’ve often yearned for the calm and orderly life suggested by a photograph I have of Evelyn Waugh in his study, sitting amongst his books at a great leather desk beside a roaring fire with his pen poised. Part of the piquancy of that image is its maleness, its freedom from domestic harassment, and so my yearning for it is absolutely ambivalent: not only is the writing life it suggests unavailable to me, my whole writing identity gets its purpose and radicalism from that unavailability. I think it is perhaps for that reason that I become forgetful and chaotic whenever the opportunity arises to “be” a writer. I couldn’t write what I write if that was what I was.

Instead I spend my time studying the life that’s right in front of me and trying to discern the forms in it that will enable me to represent it. This is an uncomfortable process of amassing information until I become so huge with it that I have to expel it. I tend to go away on my own to do that, and work very intensively until it’s done. The rest of the time, I try to live in as ordinary a way as possible. When I do have to travel and participate in literary events, there is often much pleasure and interest to be had from meeting other writers, particularly writers from elsewhere. These are Robinson Crusoe-type encounters, and their profundity comes from the solitude that surrounds them; I feel very fortunate in the people I have met and talked to over the years.

Many—perhaps most—writers these days have a teaching job of one kind or another. I don’t teach all the time, but I’ve had periods when the functionality and technicality of teaching has been a useful interface between writing and the world, a place of discourse and participation that can be very refreshing for one’s own creative sources and processes.

The following is an excerpt from Rachel Cusk’s Outline:

Before the flight I was invited for lunch at a London club with a billionaire I’d been promised had liberal credentials. He talked in his open-necked shirt about the new software he was developing, that could help organisations identify the employees most likely to rob and betray them in the future. We were meant to be discussing a literary magazine he was thinking of starting up: unfortunately I had to leave before we arrived at that subject. He insisted on paying for a taxi to the airport, which was useful since I was late and had a heavy suitcase.

The billionaire had been keen to give me the outline of his life story, which had begun unprepossessingly and ended – obviously – with him being the relaxed, well-heeled man who sat across the table from me today. I wondered whether in fact what he wanted now was to be a writer, with the literary magazine as his entrée. A lot of people want to be writers: there was no reason to think you couldn’t buy your way into it. This man had bought himself in, and out, of a great many things. He mentioned a scheme he was working on, to eradicate lawyers from people’s personal lives. He was also developing a blueprint for a floating wind farm big enough to accommodate the entire community of people needed to service and run it: the gigantic platform could be located far out to sea, thus removing the unsightly turbines from the stretch of coast where he was hoping to pilot the proposal and where, incidentally, he owned a house. On Sundays he played drums in a rock band, just for fun. He was expecting his eleventh child, which wasn’t as bad as it sounded when you considered that he and his wife had once adopted quadruplets from Guatemala. I was finding it difficult to assimilate everything I was being told. The waitresses kept bringing more things, oysters, relishes, special wines. He was easily distracted, like a child with too many Christmas presents. But when he put me in the taxi he said, enjoy yourself in Athens, though I didn’t remember telling him that was where I was going.

On the tarmac at Heathrow the planeful of people waited silently to be taken into the air. The air hostess stood in the aisle and mimed with her props as the recording played. We were strapped into our seats, a field of strangers, in a silence like the silence of a congregation while the liturgy is read. She showed us the life jacket with its little pipe, the emergency exits, the oxygen mask dangling from a length of clear tubing. She led us through the possibility of death and disaster, as the priest leads the congregation through the details of purgatory and hell; and no one jumped up to escape while there was still time. Instead we listened or half-listened, thinking about other things, as though some special hardness had been bestowed on us by this coupling of formality with doom. When the recorded voice came to the part about the oxygen masks, the hush remained unbroken: no one protested, or spoke up to disagree with this commandment that one should take care of others only after taking care of oneself. Yet I wasn’t sure it was altogether true.