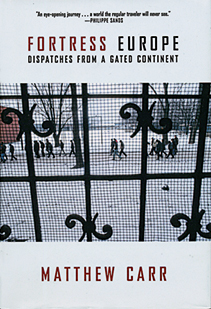 Samuel Huntington, the American political scientist who wrote The Clash of Civilizations, once claimed that “Islam’s borders are bloody.” He should perhaps have cast his eye on Europe’s. Since 1988 more than 15,000 illegal migrants have perished trying to enter the heavily guarded European Union. Most drowned during the dangerous voyage across the continent’s southern sea border in overcrowded vessels, but others have suffocated in trucks, fallen from trains and buses or frozen to death in mountain passes. There have even been pitched battles: on Oct. 6, 2005, several hundred desperate Africans tried to scale the tall barbed wire fences that kept them from the North African Spanish enclave of Melilla; six died and many more were injured by the wire or by security forces beating them back with truncheons and rifle butts.

All this—the naval patrols, the soldiers, the detection technologies that form what Carr calls “the most sustained and extensive border enforcement program in history”—takes place at the edges of a continent which, although stagnating in a xenophobia-boosting financial crisis, still prides itself on its abolition of interior borders and still asserts that the defence of human rights is the cornerstone of its foreign policy. And to what avail? There are somewhere between five and eight million illegals in Europe, people mired in permanent statelessness, poverty and insecurity. Carr often compares the war on illegal immigration with the war on terror, but for sheer uselessness, the war on drugs is a better parallel: close one migrant route and another one immediately opens; deport one group of desperate people and another arrives.

Considering that the greying continent actually needs immigrants, Carr has some humane and sensible suggestions, the most important being that Europeans pay attention to their own history, and not just the blood-soaked ethnic warfare part. The EU only broke down its interior borders after a prolonged period of worry on the part of rich northern nations that they would be overwhelmed by over-breeding, low-income southern Europeans. Look how that turned out.