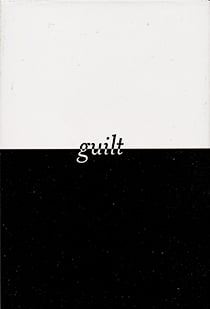 For more than half a century, the words “German” and “guilt” have had a relationship inescapably entangled in history. That legacy of Nazi crime—and postwar repentance—subtly but unmistakably resonates right through von Schirach’s exquisite short stories, and not only because he is a grandson of Baldur von Schirach, head of the Hitler Youth and a Nuremberg-convicted war criminal. Even though the setting for Guilt is present day, it’s impossible not to hear echoes of the past when a woman is asked, long after a child is raped, why she did and said nothing when she saw the girl being forced into a neighbour’s apartment. “It wasn’t my business,” Frau Halbert replies to every question. “It was nothing to do with me.”

Yet the real shadow of Nazism lying over the 15 stories is cast, paradoxically enough, by its absence. The unnamed narrator is a criminal defence lawyer (von Shirach’s former job) who represents or advises clients who have come into some contact with the postwar German legal code, which in vehement reaction to the past, now bends over backwards to protect the rights of the accused. The crimes involved range from the prosaic to the bizarre, the understandable to the horrifying. Some clients emerge scot-free, some go to jail; the narrator, no Perry Mason but a competent and compassionate professional, does his best by them all.

One story—involving psychotic but bumbling career criminals and a laxative-stuffed mastiff trapped in a luxury Maserati—is both appalling and very funny. But the rest, all told in a detached and utterly engrossing manner that plays on the opening quote from Aristotle—“Things are as they are”—leave a reader not amused but wonderstruck. There is guilt aplenty to go around. Two teenaged runaways are invited in from the cold by a friendly seeming older man. He turns out to be a pedophile and in the subsequent struggle the boy and girl kill him, half accidentally, half-deliberately. They get away clean and turn their lives around; 19 years later, solid citizens with two children of their own, they open the door to find cold-case cops with new DNA evidence. They kill themselves. Pin the guilt in that.

That’s more easily done in the jewel of the collection, “Funfair.” There, police and medical personnel must face the fact it was their haphazard handling of the evidence that will allow the perpetrators of a vicious crime to walk free. The narrator, coolly leveraging that incompetence for the sake of his clients, scarcely feels better about himself. But he gets over it, as does almost but not everyone else in Guilt, von Shirach’s ultimate theme.