Review: The Book of Genesis: A Biography 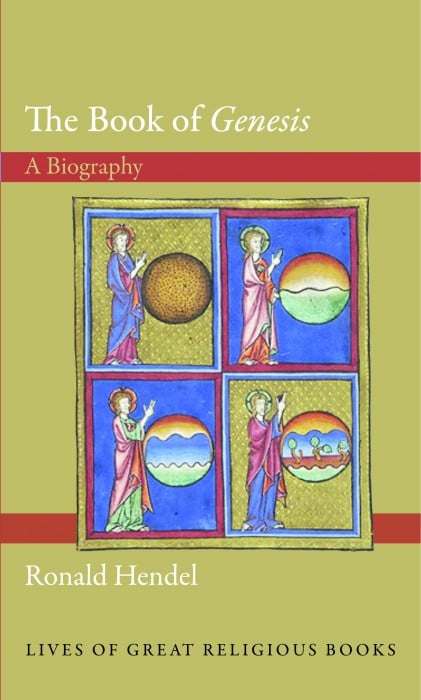 There is no other book that looms over Western culture in quite the same way as the Bible’s opening act. Its continuing life among observant Jews and Christians, and its equally vibrant afterlife among everyone else, means its stories, tropes and characters—Adam and Eve, the great flood, Joseph’s coat of many colours—still resonate with meaning. They are familiar sources of metaphor, proverbial wisdom and even of branding. Adam and Eve is now the name of a sex-toy company, Hendel notes, while a research group working to extend human lifespans calls itself the Methuselah Foundation.

More importantly, Genesis has not lost the political bite it first developed two centuries ago (rather late in its 2,500-year-old life). The battle over slavery in the U.S. once saw both sides appealing to Genesis’s authority; now, in the contemporary American debate over same-sex marriage, some proponents and the great majority of opponents also find their justification within its pages.

And all this discourse turns on a book so interpreted and reinterpreted that it’s nearly impossible to read what Biblical literalists call the “plain sense” of the text: try understanding the story of Adam and Eve without paying attention to the idea of original sin or the identification of the serpent with Satan, both concepts far newer than the text itself. All our readings of Genesis, asserts Hendel, a University of California at Berkeley professor of Bible studies, resemble “a Shakespeare play set on a rocket ship”—however fresh and new they make the material, they are far from its original meaning.

Hendel does cover the story of Genesis’s ancient foundations and original sense, but rightly devotes most of the book to detailing how it became so freighted with often contradictory meanings over time. His essential conclusion is that the ways in which Western culture has understood Genesis—as a literal account of events, as a figurative depiction of divine action, as a collection of folktales and tribal origin stories— “tend to correlate with the ways that people have understood reality.”