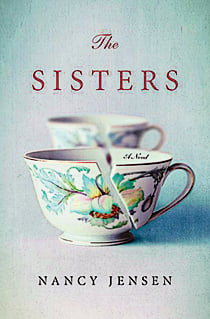 Jensen’s ambitious first novel chronicles the lives of two sisters, Mabel and Bertie, over the course of nearly a century. The saga begins in pre-Depression Kentucky on a farm in a desiccated little town called Juniper, where the motherless teenagers have been living with their drunken, abusive stepfather. Mabel has a plan for her and Bertie to escape their little corner of hell as soon as Bertie graduates from the eighth grade, but she decides to keep the plan secret from Bertie. It proves not to be a wise strategy. On the day of Bertie’s graduation, Mabel hops the first train out of town and waits for her plan to unroll, unaware that an attempt to deliver the critical communiqué to Bertie has already foiled it, altering the course of their lives. Over the next few years, Mabel sends word and money to Bertie, but Bertie, having misread the situation, slumps into bitterness and refuses to open Mabel’s letters. Her silent bitterness festers and is passed along the female line of subsequent generations like a bad gene.

There are a lot of characters in this story—readers will need to refer back to the family tree Jensen provides—but the interest lies in watching how the women, all of them defiant but flawed, nurse rejection and social isolation, and internalize abuse. They cover up their mistreatment, layer on the deception, and tiptoe around other people’s grudges and slights without doing the deeper work required to understand the underlying causes. Then again, how could they when they have not been nurtured to do so?

Families are a complicated business at the best of times; this story serves as a cautionary tale about how some become truly and irretrievably stunted when people get locked into their own distorted attitudes and forget how to forgive.

FILED UNDER: Nancy Jensen The Sisters