From 2009: The former coach also discusses, his critics, parenting, and the problem with tennis 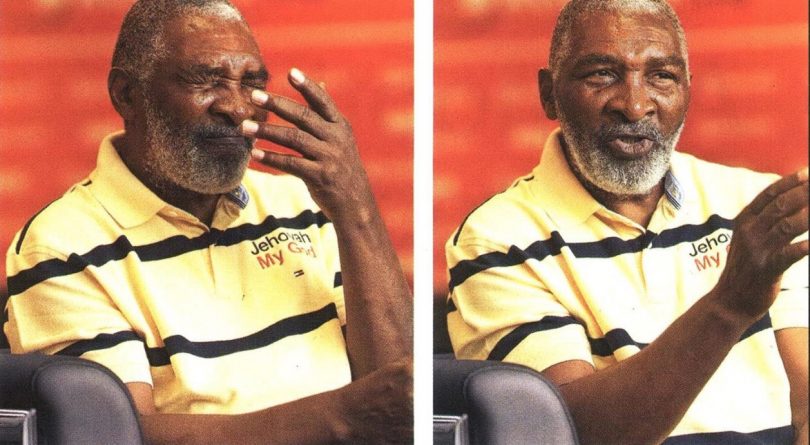 Richard Williams has been planning his daughters’ domination of the tennis world since about two years before Venus, now 29, was born. He taught himself the sport and later moved his young family from Saginaw, Mich., to Compton, a poor, violent suburb of Los Angeles, in the hopes that it would give his kids a competitive edge. Their combined 30 Grand Slam singles titles and over US$100 million [as of 2018] in career earnings (not to mention tens of millions in endorsements) is proof his commitment has paid off.

When you decided all those years ago on tennis, had you considered any other sports?

No, because I didn’t know at that time of anything in sports that a woman could do and earn that type of income. I didn’t know nothing about tennis. I hadn’t even watched a tennis match. I just saw [tennis commentator] Bud Collins say to [Romanian tennis player] Virginia Ruzici, “$40,000 is not bad for four days’ work.” I thought, that has to be a joke. But the next day, when I read it in the sports pages, I said, “I’m going to have me two kids and put them in tennis.” To this day, I don’t know anything a child could do to make that kind of money in one week.

Take me back to the first time you took Venus out on a court when she was four. How did you know she was going to be a star?

A champion has four qualities, and it’s not something you can teach. You have to be rough, you have to be tough, you have to be strong and you have to just be mentally sound. What’s interesting is that Venus didn’t hit many balls over the net. I must have pitched about 530 balls to her. You would never, never, never do that to a child who is four years and six months old. That’s crazy. You’d have to be insane to do that. To a child her age, you shouldn’t hit more than 75 balls, or 100 at the most. But every time I tried to stop, she would just cry, “Just one more, one more, one more.” I was working with three other girls who were much older than Venus and the three couldn’t hit 500 balls without taking breaks. So to see Venus do it by herself at that age, you just knew she was going to be a champion. My neighbours accused me of being crazy because, before Venus was born, I was walking around talking about how she was going to be a champion.

What made you so confident?

I’m a master planner. I would go around to the Riviera Country Club, some of the members there have billions, and the Beverly Hills Tennis Club, all these wonderful clubs. You see parents with the best cars, from the best neighbourhoods, and chauffeurs and limousines dropping the kids off. But those kids don’t have responsibility. Those kids are not rough. They’re not tough. Plus, I’d done research on athletes from the ghetto. A ghetto makes you want to fight. A ghetto makes you want to be the best just to get out of the damn ghetto.

So should all parents who dream of their kids going pro move to Compton?

[Laughs] I don’t know if I’d recommend it. It’s too big a long shot to stay alive. I didn’t have a father. My mother was the only provider we had. We were living on $30 a month. You learn to take a little and make it a lot. So I felt that going to Compton, they would learn the same thing. The problem with living in the ghetto was that on the street we lived on it seemed everyone did drugs. And there was [a dead body] in the middle of the street almost every day.

How did you keep the girls far enough away from that?

Can a kid be pushed too hard?

If your child is going to be super good and the child has confidence, your child can be great. But when you push the child too much, you don’t give the child confidence. The reason I took Venus and Serena out of tennis [in 1991, Williams pulled both his daughters from the junior circuit in southern California and moved the family to Florida] is because I saw kids from the best neighbourhoods, like Beverly Hills, with broken wrists. I’ve seen kids get pushed and damaged. You see kids that are told they’re nothing. That’s past the extreme.

When Venus turned 11, I didn’t want her to play anymore. Is it really worth it to have the fame, the money and lose your child? No. I’ve seen too many parents out here lose their relationship with their kids.

How did you preserve yours with Venus and Serena?

I wanted to be a dad. Lots of times during interviews Venus and Serena would say, “Well, my dad, he’s my coach.” And I’d say “Don’t ever say I’m a coach, I’m a dad.” I wanted to be a dad more than anything else because you could see the damage that was taking place with some of these kids.

Over the years, there have been a lot of critics of you . . .

Was any of that fair?

I can’t say if it was fair or unfair. I believe that anyone is entitled to think or say whatever they wish to say. All I know is I wouldn’t let them change what I was doing. I remember my mom said to me one time, “You can’t bring them up like I brought you up in the ’40s and the ’50s.” But I think that’s what’s wrong with America. In America, we don’t have kids who obey their parents. A lot of kids are on drugs. When you look at the tour, a lot of things could go wrong, but I wouldn’t let it go wrong for them. Everyone was trying to get me to believe that Venus and Serena should be playing this amount of tournaments. And I said no. When Venus is 14, she can play one. At 15, she can play two. She’s going to go to school and grow up as close as possible to the norm. I think that’s what I took a lot of criticism for.

What is the most important thing you’ve taught your daughters?

How to love God. How to love themselves. It’s a dangerous thing when a woman loves herself, because she has confidence. Most men do not like a woman who has confidence. They’re scared of her. If a woman is taught to love God, to love herself, and you implant confidence, you cannot tear her down. That’s why Serena and Venus were so good. When they were small—before they were 10—I had camcorders, interviewing them. You have to be ready for whatever comes your way. If not, you’re going to have a problem.

You’ve said in the past that because Venus and Serena are black, tennis has never “accepted” them. Do you still think that?

I know so. Even if you go back and look at the wild cards being issued a short time ago at the U.S. Open—go all the way back and tell me what black person you see getting one?

I don’t know what Venus and Serena believe because we don’t talk about that. This thing about tennis and is black accepted, what do you think? If in your heart, if you know what’s right, then you know that they’re not.

Ten years ago you made a lot of headlines.

But not as many. Have you mellowed?

I don’t make as many headlines because I’ve asked parts of the media not to film me no more and I won’t do [a lot of] interviews no more. But I don’t know no one who wouldn’t want to interview me. When I get ready to go speak with [Barack] Obama, that will easily be done. I’m Richard Williams. And Richard Williams can do anything he wants to. When I’m in England, if I want to go see the Queen, I can do that. I just don’t want it no more.

Years ago, you said that you wanted your daughters to retire at 25 to focus on other projects. And yet, they’ve been able to do so many other things [from fashion to football—this week, the sisters bought a minority stake in the Miami Dolphins] while still playing tennis professionally.

That comes from the home. It was what my kids were taught. But tennis players as a rule are not that way.

So now, after all the titles and the millions earned, have Venus and Serena exceeded your expectations?

Venus reached my expectations when she went to Morningside High School in Inglewood, Calif. She made As in mathematics, in trigonometry, and set a record that stood for a long time. I pushed education. I wanted them to understand that you can be the greatest athlete in the world but without the greatest knowledge in the world, you’re going to lose all your money anyway.

There’s been a lot of talk—a lot of complaining, in fact—about grunting during matches these days. Were Venus and Serena grunters from way back?

What do you mean by that?

In 1884 tennis came to America and it has been the same, nothing has changed. They want you to sit there and be quiet. Turn your neck this way, turn it that way, and get a crick in it. Somewhere along the line you have to say, “Let’s have some fun out here.” Who wants to come out here, buy a ticket and sit still? It doesn’t make sense. Until Venus came along, tennis was dead. Venus brought tennis to life. When Serena came along and added more life, tennis became a very popular sport all over again. Until then, tennis had died and went to hell. I think they need to change tennis because it’s dead.

So is it a mistake when the chair umpire tells crowds to be silent?