Rogers Writers’ Trust 2015 shortlist: Who are the contenders? 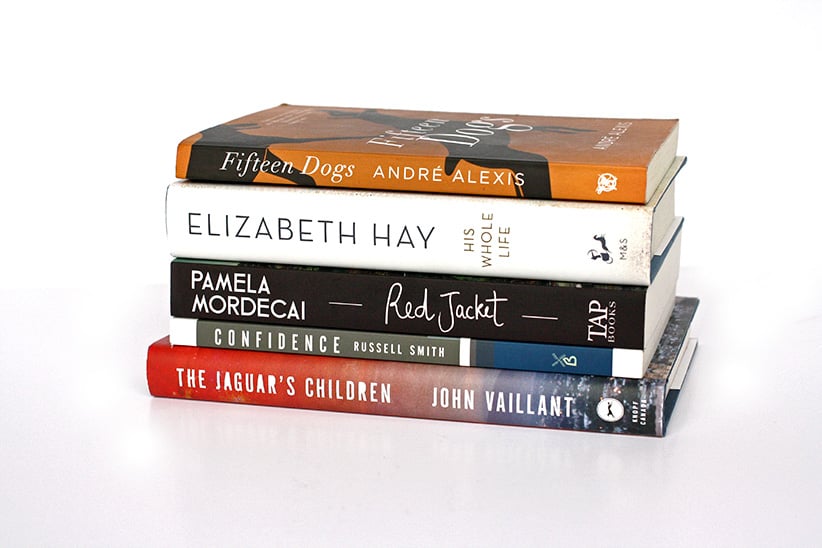 The Canadian literary-prize season hit another gear on Sept. 29 when the Rogers Writers’ Trust announced the shortlist for its $25,000 award, the first of the big three literary honours to do so. If there’s a theme to the five-title list, it’s hard to pinpoint—or rather, there are several running through it. The most noteworthy feature is the continuing surge of a new Canadian wave: After decades of major publishing house domination, small-press titles are increasingly at the centre of literary prize buzz. Three WT titles are from indie publishers, and two of them were also on the Scotiabank Giller long list.

Andre Alexis, whose Fifteen Dogs is a contender for book of the year, is a nominee, matching his Giller appearance. (The richest and most prestigious prize in Canada, the Giller will winnow the 12 books on the long list down to a five-title shortlist on Oct. 5; the third national major, the venerable Governor-General’s literary awards, will announce its choices two days later.) The much-praised Fifteen Dogs is not a surprising choice on any prize list: Fine writing aside, a note of the fabulous marks many of the year’s contenders throughout the anglosphere, a tendency that probably also helped to propel the WT list’s sleeper novel, Red Jacket, by short-story writer and poet Pamela Mordecai, a Jamaica-born resident of Kitchener, Ont.

But that’s no explanation for Confidence, Russell Smith’s short-story collection, a mordantly funny treatment of modern urban romance—unless a note of hope, married to exceptional prose, is now thought of as the stuff of myth. And Smith, too, is on both lists. Moreover, the WT list also has room, which the Giller did not, for Elizabeth Hay, a former winner of that award, and her novel His Whole Life, or for John Vaillant’s The Jaguar’s Children, both more traditional in style and tone. Nor is there any guarantee that Alexis and Smith will make it to the Giller’s final five, but a bookie would probably give short odds. The winner will be announced on Nov. 3.