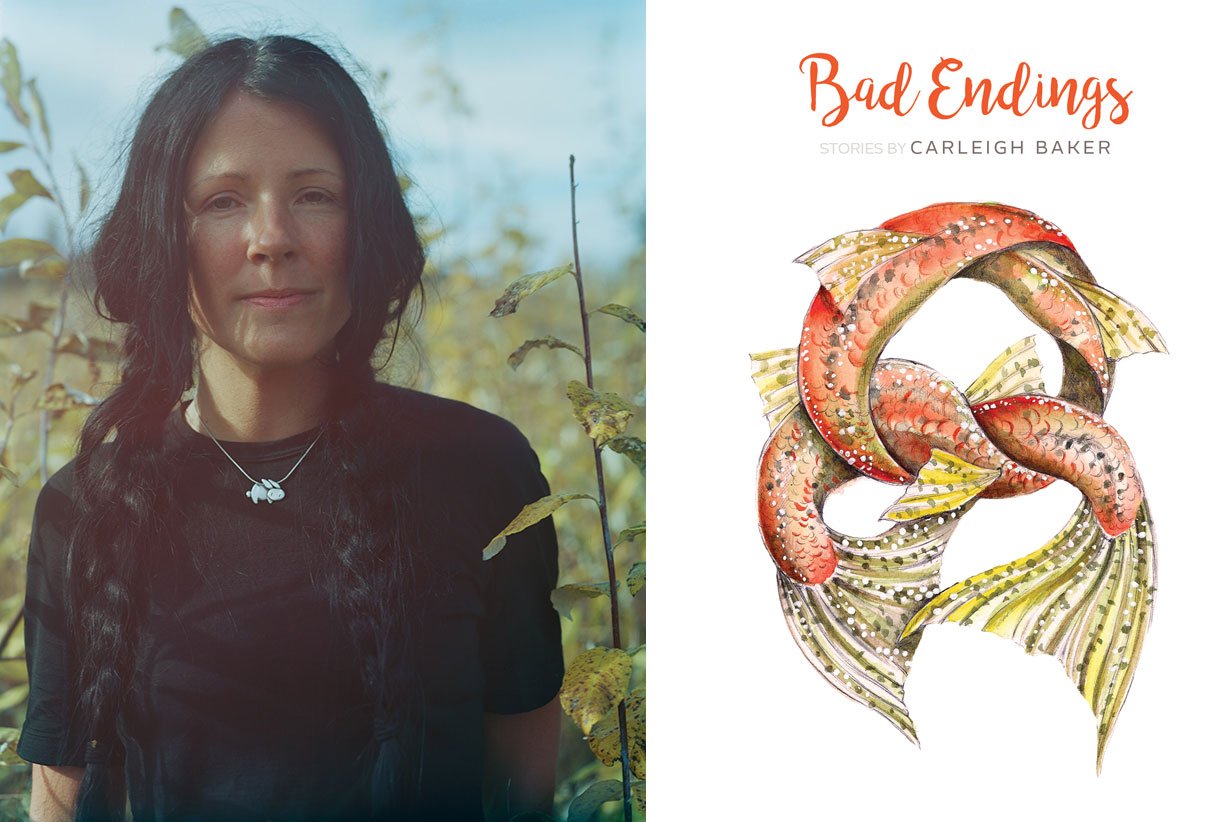 Carleigh Baker is nominated for the 2017 Rogers Writers’ Trust Fiction Prize for her short-story collection Bad Endings. The winner will be announced at the Writers’ Trust Awards ceremony in Toronto on November 14. The winner of the newly enriched award receives $50,000. Each nominee receives $5,000. During the weeks leading up to the event, Maclean’s will publish an excerpt from each shortlisted writer, along with their answer to this one question: Do you consider yourself a politically engaged writer? How does that affect your work? Here is Baker’s response, and here are other responses from other authors.

I consider myself a writer with responsibilities. It’s my responsibility to be a good community member, and to elevate the voices of Indigenous writers. To not take up too much space, be honest about who I am and where I come from, and to help build and maintain relationships between the two worlds I live in. I need to give more than I take. I need to listen and learn. This affects my work in a lot of ways, for one thing I’m spending less time writing and more time serving my community than I used to. As far as the writing itself, I try to stay aware of how a story can entertain and teach at the same time. I want to keep readers laughing while presenting them with perspectives about Indigenous issues that they may not have considered before.

From Bad Endings by Carleigh Baker (Anvil Press, 2017). Used with permission of the publisher.

You’re not going to believe what happened. You won’t believe it, you’ll think I’m making it up, but I’m not, I swear. Yesterday when I got home from work, water was flowing from the ceiling. At first I didn’t realize that it was coming from above. I thought the bottled water dispenser was leaking when I realized my feet were wet, but then I looked up. Drip drip drip. The walls were soaked, and get this, the light fixtures were full. Bulbs encased in little frosted glass fish bowls. Can you imagine if I’d turned on the lights?

Well, you know what I thought, of course. The bathtub. I never did get around to cleaning it, so it’s still about three-quarters full. I thought maybe the weight had caused some kind of catastrophe upstairs. I slipped and bashed my knee on the way up, but I was so scared I barely noticed. My bathroom was fine though. So I ran over to Amanda’s bathroom and the toilet was leaking! I’ve never even used that toilet! I had no idea what to do, so I went back downstairs and put pots under the worst spots, pulled towels out of the linen closet and wadded them up around the pots. I just kept thinking, “this could be used for the dahlias!” I went back up to the upstairs toilet and noticed that it was just running constantly, and I remembered something about jiggling the handle when that happens (I think it’s in a Tom Waits song, right? “And the toilet’s running, aww christ, shake the handle.” Right? Am I losing it?). So that’s what I did. Then I turned off the valves behind the toilet and that stopped the flooding part, but I still had to spend all evening mopping up the house, emptying the pots and wringing the towels out, outside in the garden of course. I wish it would fucking rain.

If you were here tonight, I’d light a fire in the wood stove. I know it’s still too warm for fires. We’d open all the windows and doors. The sea would be still. Even with the night’s breeze, it’d be sweltering, ridiculous to have a fire, so we’d get naked and lay on the cool stone floor. Any skin contact would be so uncomfortable, but you’d leave your hand on my belly, slick sweat bonding us, sticky drips pooling below the arch of my back. Every so often, I’d mop it up.

I think the overflowing toilet was a sign. I know it was. I’ve been wasteful, terribly, terribly wasteful. Like you, in Vancouver. You have boulevards, I have baths. We are terrible. I came to the island to write, and I haven’t written a word, except to you. And you haven’t written back. We don’t actually care how things will turn out, do we? What’s going to happen when the earth runs dry?